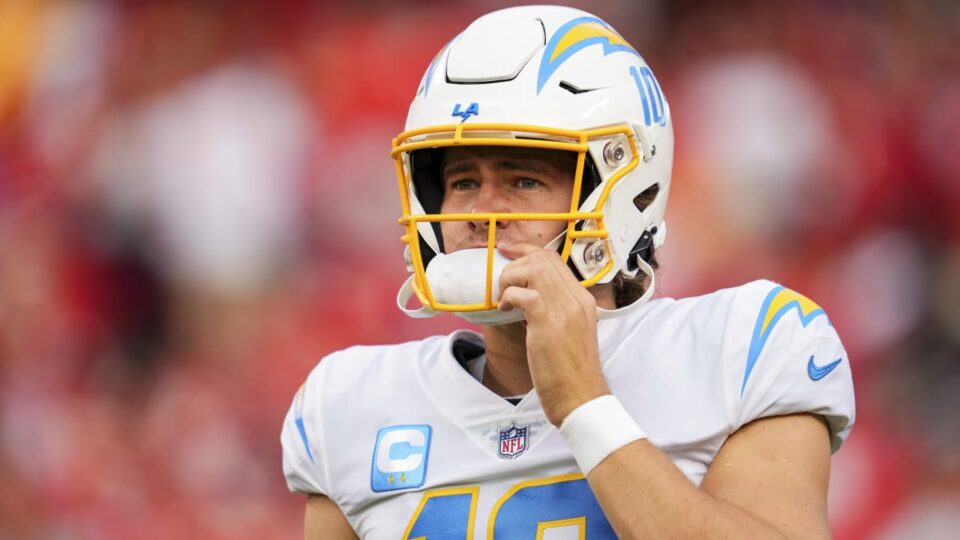 Whether Justin Herbert will give it a go Sunday — broken rib cartilage and all — is still to be determined as the Los Angeles Chargers star quarterback is questionable for Sunday’s home game against the Jacksonville Jaguars.

“That’s a decision we have a couple more days to make,” Herbert said Friday. “That decision will be made on Sunday.”

Head coach Brandon Staley reaffirmed that he considers Herbert to be day to day, saying the team would make a decision based on the progress he makes through the remainder of the week before Sunday. Herbert did not practice on Friday after limited sessions on Wednesday and Thursday.

Herbert was injured in the Chargers’ Week 2 loss against the Chiefs when he took a hard hit to the ribs late in the fourth quarter. He missed just one play before returning to the game, but was in obvious pain throughout the remainder of the contest.

“It’s up to us, our team to make the best decision,” Herbert said.

Staley confirmed Chase Daniel would start if Herbert does not play versus the Jags.

Herbert is hardly the only cause for concern on the Bolts’ injury report.

Wide receiver Keenan Allen (hamstring), who missed Week 2, is questionable for Week 3, while center Corey Linsley (knee) and cornerback J.C. Jackson are doubtful. Allen was limited on Wednesday and Thursday, before sitting out Friday’s practice, and Staley said he will be a game-time decision. Linsley and Jackson did not practice all week.