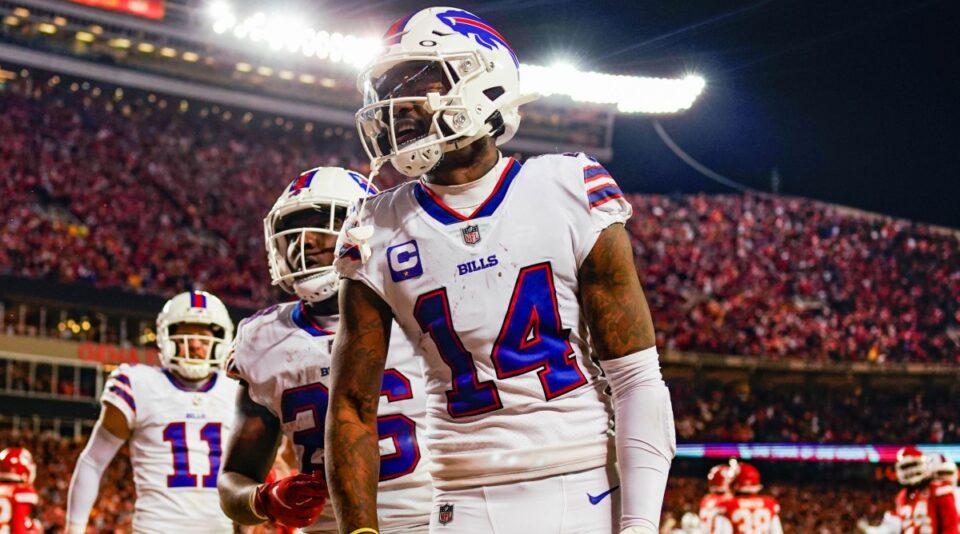 Stefon Diggs pushes higher in the rankings and seeks another huge game against the Dolphins in Week 3.

Another intense slate of NFL action is surely on tap in Week 3. So many expectations subverted, so many pleasant surprises. I hope the fantasy gods have been in your corner! I’m back again to help you make those tough lineup decisions and they’ll only get tougher once bye weeks begin in Week 6.

Meanwhile, there are a few potential high-scoring games that I’m keeping my eyes on and taking into special consideration this week. The game with the highest over/under point total on SI Sportsbook is from the Lions vs. Vikings matchup (O/U 53). Just behind that total is the AFC East divisional matchup between the Bills and Dolphins (O/U 52.5). How impressive has Buffalo been? Wow. Next highest point total is the game between the Chiefs and Colts (O/U 50.5).

NYC is ending its vaccine mandate for private-sector employers on Nov. 1

‘Dancing With the Stars’ Premiere: Selma Blair Brings Everyone to Tears and the First Pair Is Eliminated