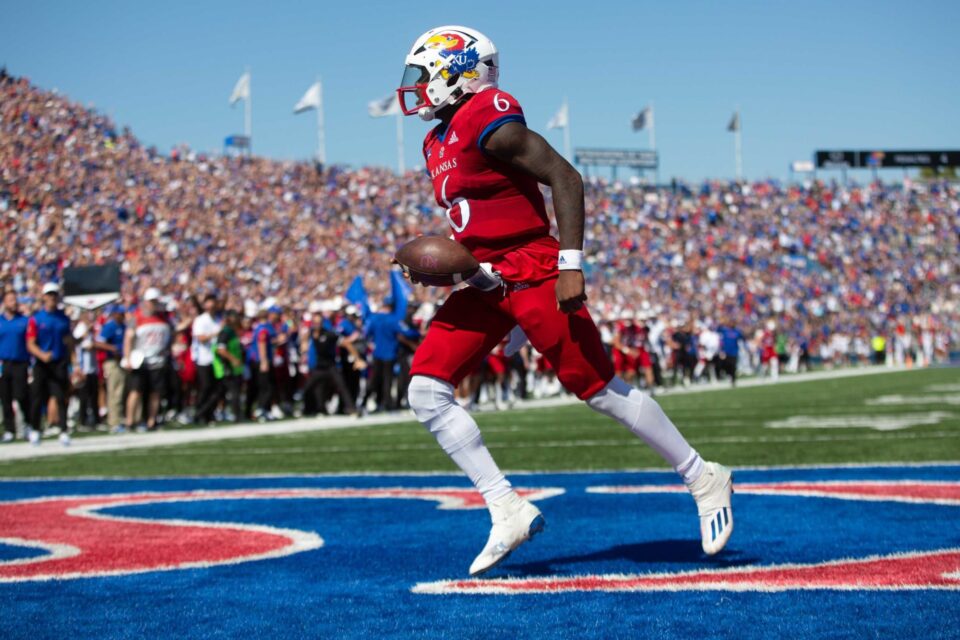 A new player has stepped into the Heisman Trophy conversation, and it is Kansas Jayhawks quarterback Jalon Daniels.

With the sample size growing in the 2022 season, the debate as to who should win the Heisman Trophy has begun. While there are the favorites, such as Ohio State quarterback CJ Stroud and last year’s winner in Bryce Young, but there is always a candidate that seemingly comes out of nowhere to gain some momentum.

In Week 4, that candidate is none other than Kansas Jayhawks junior quarterback Jalon Daniels.

Kansas has been one of the feel-good stories early on in the 2022 season, as they have shown that they have a really good football program alongside their dominant basketball team. The team was 3-0 entering Week 4, as they took on another program known for its basketball program in the Duke Blue Devils.

In this game, Daniels took over.

Jalon Daniels shows he is a legitimate Heisman Trophy candidateDaniels showed off his playmaking abilities, whether with his arm or his legs.

With the team up 14-10, Daniels showed off his accuracy by dropping a dime in the bucket in the back corner of the end zone to Luke Grimm for the 19-yard touchdown. Seriously, this is a throw that will get NFL scouts’ attention.

Then in the third quarter, Daniels helped extend Kansas’ lead to 28-10 after throwing an absolute bullet of a pass to Lawrence Arnold for the 36-yard touchdown.

Daniels scored his fifth touchdown of the game on a three-yard touchdown run.

All in all, Daniels completed 19-of-23 pass attempts for 324 yards and four touchdowns, while running for 83 yards and a touchdown on 11 carries. Oh, and he also performed a perfect pooch punt early in the fourth quarter!

For the remainder of the college football season, keep your eyes open for Kansas games, because you have the chance to watch Daniels play some incredible football. If he keeps it up, his odds of winning the Heisman are only going to increase.

College basketball rankings: Big man Zach Edey one of the biggest reasons Purdue is off to 8-0 start

This Next-Gen Fitness Tool Can Measure Your Vertical Leap