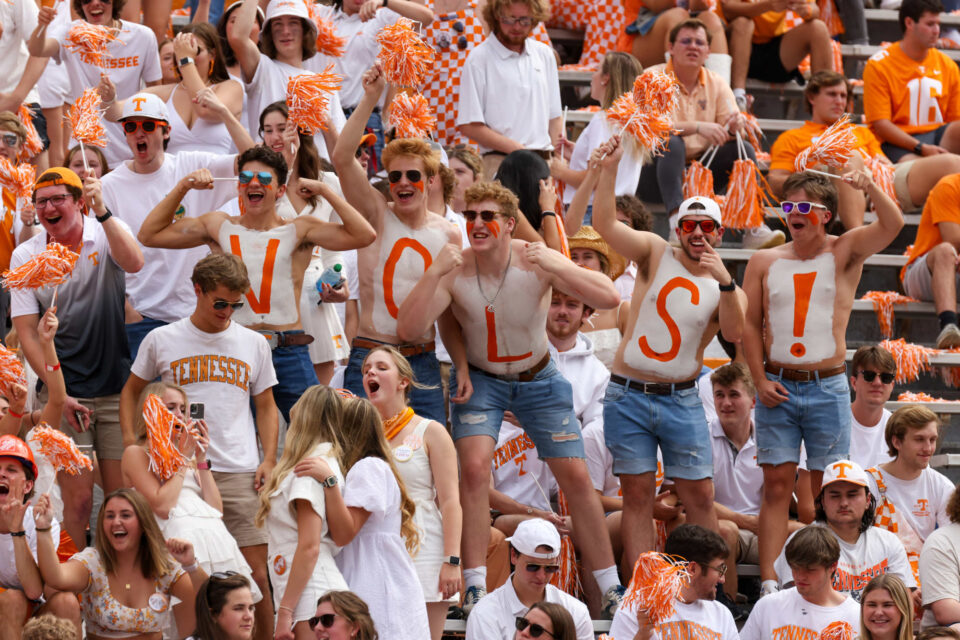 Tennessee football fans are always ready to go all-out at Neyland Stadium but one man took it to a new level with his beard for the matchup with Florida.

Whenever Neyland Stadium is packed and exciting, there are few better environments in college football. And that was certainly the case on Saturday with the Tennessee Volunteers preparing for their matchup against an SEC East rival in the Florida Gators.

College GameDay was in town, further adding to the excitement in Knoxville, but there was also a buzz in the air for Tennessee football being all the way back. And beating a team that they’d had just one win against in the last 17 years felt like a good way for the Vols to try and further prove that. As such, the fans were going all-out in support of the Volunteers.

One bearded fan went above the rest, though, and became an internet legend in the process.

Tennessee is known for its checkerboard orange and white end zones at Neyland Stadium and the pattern has been adopted in many shapes and forms. But this fan took it to the next level as he went with the checkered orange and white for his beard as he attended the huge Week 4 game.

Tennessee football fan’s checkerboard beard steals the show in KnoxvilleHe is the one foretold in the prophecies, the one with the beard that can sink ships, raise tides, move mountains, and help turn the recent history of the Florida-Tennessee football rivalry.

Once he got shown on the CBS cameras, this fan instantly became a cult hero among college football fans. After all, this is the right amount of weird to fit right into the sweet spot for most objective fans with no skin in this rivalry game.

Now you just have to wonder if that beard dye will come out by the time he heads to work on Monday. If he works in Knoxville, though, his employe might encourage him to keep it after the way the Vols played on Saturday.