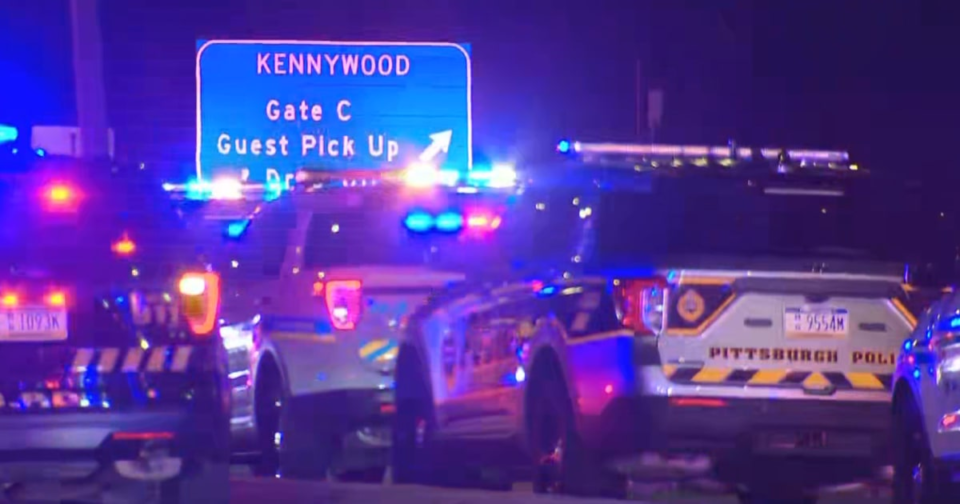 A manhunt is underway for a gunman who shot three people at an amusement park in Pennsylvania on Saturday, police said.

Three people including a juvenile male were hit after an altercation between two groups of teenage males near the Musik Express ride at the Kennywood amusement park in West Mifflin, a spokesman for Allegheny County Police told a news conference.

At one point a firearm was produced and at least “two shots were fired,” the spokesman said, adding that the juvenile male was in stable condition and an adult male was treated and released. while the third was being treated for their injuries.

Describing the suspect as a Black man wearing a black Covid-style mask, the spokesman said there was “an ongoing search” for the shooter.

Several other people may have received minor injuries as a result of trampling as people were rushing to get out, he added although he did not have an exact number.

Bags were searched by the park with metal detectors at the entrance of the park in the southeast Pittsburgh, the spokesman said.

The park said in a statement that it was “working with local law enforcement.”

“The safety of our guests and team members are our top priority,” it added. Members of the park’s security, Allegheny County, and West Mifflin police departments were already on site and immediately responded.”

Kurt Chirbas is a senior editor for NBC News based in New York.

Blinken vows US support for Israel despite unease over govt