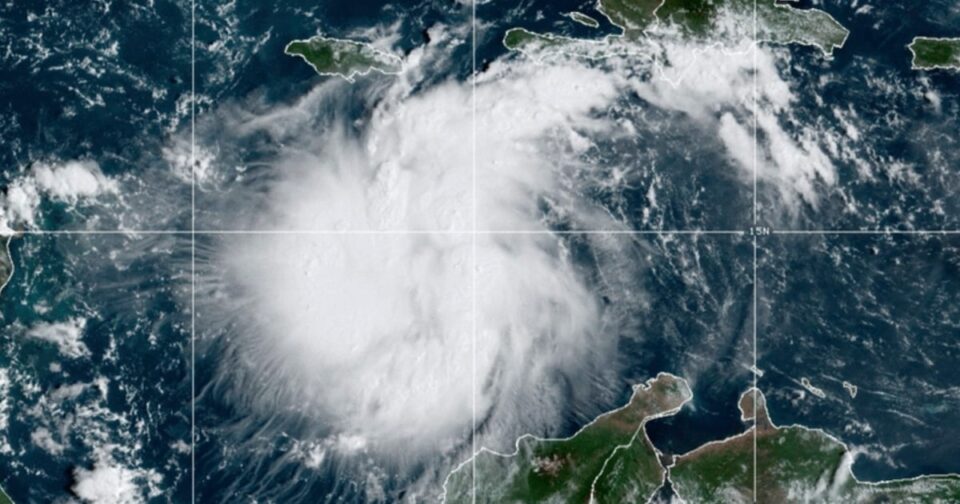 Tropical storm and storm surge watches were issued for part of Florida’s coast late Sunday as a possible Hurricane Ian was on a path toward the state.

Ian was a tropical storm in the Caribbean Sea with maximum sustained winds of 65 mph at 11 p.m. ET, but it “continues to strengthen” and is forecast to become a hurricane Monday, the National Hurricane Center said.

The storm is forecast to become a hurricane early Monday and then a major hurricane, meaning a Category 3 storm or stronger, on Tuesday, it said.

It could approach Florida’s southwest and western coasts Tuesday and Wednesday, according to the weather agency.

“Ian is going to be a large and powerful hurricane in the eastern Gulf of Mexico and spread its impacts over a large portion of the Florida peninsula,” Jamie Rhome, the acting director of the National Hurricane Center, said at a briefing earlier Sunday.

Before that it will pass near the Cayman Islands on Monday and near or over western Cuba on Monday night and Tuesday, when it will likely bring “significant wind and storm surge impacts,” the hurricane center said.

At 11 p.m. ET Sunday the center of the storm was around 140 miles south of Grand Cayman, and it was moving northwest at 13 mph, the hurricane center said.

The Florida National Guard activated 2,500 service members and began staging along the coast Sunday, the governor’s office said. Gov. Ron DeSantis has declared a state of emergency for the state, and President Joe Biden has approved an emergency declaration that allows federal aid.

In Grand Cayman, tropical-storm-force winds were expected to start affecting the island at 4 a.m. local time (5 a.m. ET), the government there said. Residents were asked to stop driving on the roads starting Sunday night in anticipation of worsening conditions.

Hurricane warnings were issued for Grand Cayman and the Cuban provinces of Isla de la Juventud, Pinar del Río and Artemisa, the National Hurricane Center in the U.S. said.

Tropical storm warnings covered the Cuban provinces of La Habana, Mayabeque and Matanzas, and Little Cayman and Cayman Brac were under a tropical storm watch.

Floridians were urged not to focus solely on the track of the center of the storm. The entire western coast of Florida is vulnerable to storm surge, said Rhome, of the National Hurricane Center.

“I’m telling you: It doesn’t take onshore or a direct hit from a hurricane to pile up the water,” he said.

5 Places to Get Photography Supplies for Your Business