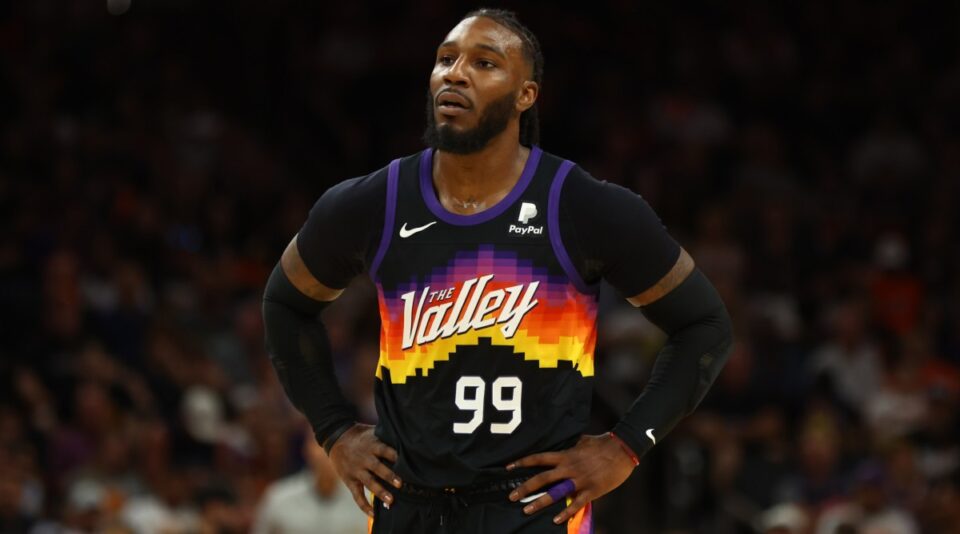 The Suns will open training camp in a few days time with less than a month to go until the start of the 2022–23 NBA season.

But it seems like Phoenix could be without one of its primary rotation players of the last few seasons when the preseason begins.

Veteran forward Jae Crowder took to Twitter to dispute a tweet posted by The Republic’s Duane Rankin that suggested one of the most intriguing storylines of the preseason would be whether Crowder or 26-year-old Cam Johnson starts for the Suns this year.

Crowder wrote “99 WONT BE THERE!”, suggesting that he would be absent from camp when it begins next week. He later deleted the tweet.

Crowder, 32, has posted a number of cryptic messages on social media this offseason that have led some to question the status of his future in Phoenix. Earlier this summer, he tweeted  “CHANGE IS INEVITABLE.. GROWTH IS OPTIONAL.!! I BELIEVE ITS TIME FOR A CHANGE… I WANNA CONTINUE GROWING.!”

Suns general manager James Jones addressed Crowder’s social media usage in an interview with The Republic, saying that he and the veteran were “good” and that he didn’t read too much into the “noise” on social media.

Crowder, who is entering the final year of a three-year deal with the Suns, has played an important role in Phoenix for the last two seasons. He’s started in all 35 playoff games that the franchise has played in 2021 and ’22, averaging 10.8 points and 6.1 rebounds during the Suns run to the NBA Finals two seasons ago.

Phoenix will begin training camp on Tuesday Sept. 27, after hosting its annual media day on Monday.