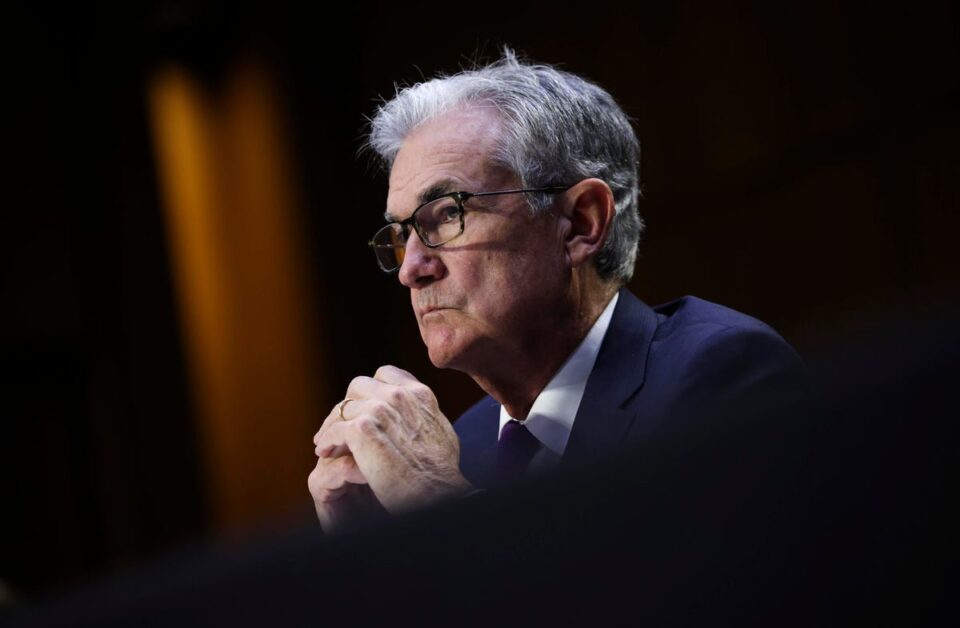 Powell and the Fed’s decisions to repeatedly raise interest rates to tame inflation have drawn criticism from longtime market observers, including Fordham University Gabelli Business School professor James Lothian and Wharton professor Jeremy Siegel, who have seen decades of booms and busts. They and other economists have said the Fed’s policies will result in a recession and substantial job losses.

Powell Is Not Bluffing

Ever since the federal government bailed out the big investment banks during the great financial crisis, the Federal Reserve has kept interest rates low and enacted quantitative easing and other measures to stimulate the economy. Its actions have affected the stock market and economy.

Since hedge fund managers and other savvy institutional investors were used to an accommodating Fed, Powell may have felt that they were dismissing his ominous message at the Jackson Hole Summit when he bluntly stated that there will be some “pain” as the Fed attempts to beat down inflation

The Fed announced a third consecutive interest rate hike by 0.75 percentage points last Wednesday. This will adversely affect consumers and businesses. Higher rates for mortgages, credit cards and business loans will be more costly for Americans. As real estate transactions slow down, there will be less of a need for builders, contractors, architects, carpenters, plumbers, electricians, and mortgage bankers.

Why Powell Needs The Stock Market To Cool

Powell’s plan, which would slow the economy down to whip inflation, may also lead to the stock market falling. Over the last 10-plus years, some investors have made a lot of money in the stock market. The monetary benefits were not just relegated to the wealthy. Your college funds for the kids, IRA, 401(k), profit sharing or pension funds have rocketed up in value over time. This has created a wealth effect. A sizable portfolio makes you feel financially comfortable. With the extra money made through investing, a family will make more purchases, dine out more often, travel and buy a home. Their spending stimulates the economy, benefiting everyone.

However, once Powell pricks the bubble, the stock market will plummet into bear market territory and the feeling of euphoria switches over to a scarcity mindset. To highlight the intent of the Fed, Neel Kashkari, the Minneapolis Fed president, admitted that he was “happy” to watch the stock react to Powell’s speech at the annual Fed retreat in Jackson Hole, Wyoming, in August.

What To Expect For The Job Market

Americans may grow inured to announcements of hiring freezes and job rescissions. There will be a continuing slog of layoffs, as businesses cut costs. For instance, Apple let go of 100 contract recruiters, foreshadowing the anticipated slowdown in hiring.

Companies are concerned about adding to headcount, as there is an ever-growing list of geopolitical events that point to a continuing uncertain future. There are heightened concerns around a recession and high-interest rates, prohibiting young families from purchasing homes.

When businesses tighten their belts, they enact hiring freezes, allow attrition by not replacing the departing personnel and rescind job offers. Candidates will be highly scrutinized and more interviews will be required, as firms will be afraid to hire and will slow-walk the process. Additionally, requirements for getting an offer will be raised and compensation will be lowered compared to this time last year.

Trying To Make Sense Of Everything

In a wide-ranging interview with Lothian, he offered some insights into what is happening and how the U.S. got to this troublesome point. The professor said, “I have found the Fed unusually enigmatic and…they don’t seem to be cognizant of what’s going on.” He remarked that it was “nonsense” for Powell and U.S. Treasury Secretary Janet Yellen to have said that inflation was transitory.

Lothian lamented that after embarking upon this course of action, the Fed overdid it, leading Americans into a “severe recession.” He frustratedly said, “I don’t understand how they didn’t see the big picture. The whole process of tightening, it’s not just the funds rate goes up, and the treasury bill rate goes up and then the long bond goes up. It affects all sorts of things.”

Lothian goes on to explain how the U.S. is seeing a huge monetary overhang, as trillions of stimulus dollars were flooded into the economy. As a result of lockdowns and goods not being readily available, prices didn’t go up immediately. Out of uncertainty, people wanted to build up their money balances. The professor expounded, “It is very similar to what you see in wartime experiences, where there are price controls. People can’t buy stuff. The outlook is uncertain. What do they do? They hold money balances. Then, [when] the war is over, people start to spend and this monetary overhang gets reduced. There’s a one-time, big-time surge in prices and the Fed seems not to have given something like that a thought.”

Siegel echoes Lothian’s arguments. In an interview with CNBC, he heatedly accused the Fed of making massive policy mistakes by ignoring the situation and avoiding tightening monetary policy, as inflation started showing signs of growing.

Siegel asserted that the Fed is once again missing the mark by increasing interest rates and taking other tightening measures. The Wharton professor maintains that the consequence of Powell’s actions will harm the working and middle classes with a brutal recession and high unemployment.

In these challenging times, you cannot be complacent. Take action to protect your job or make efforts to find a safe role elsewhere. You may have to make some sacrifices. For example, you may prefer working remotely, but you should consider going into the office to be seen. Once key managers and executives notice your work ethic and productivity, they may view you as indispensable.

Get in touch with members of your network. Ask around to see if anyone has some good job leads or can make introductions to a target company that you’d love to work for. If you decide to switch jobs, ensure the new firm is financially strong and doesn’t have plans to lay off employees.

Update your résumé and LinkedIn profile. Find recruiters who specialize in your space and can keep an eye open for opportunities. Don’t take too much risk with your investments in stocks or cryptos.

When you interview, don’t be afraid to ask tough questions. You want to ensure that the position is right for you and that you’re not just jumping on the first offer. Avoid disparaging your former boss, company and colleagues, as it’s a turnoff to interviewers. They’ll assume you’ll talk poorly about them too when you leave.

If you want to remain at your organization, request a meeting with your boss. Tell them you love the company, they’re a great manager and reaffirm your belief in the corporate mission. Share with them your goals and aspirations. The best outcome would be that your supervisor is relieved the conversation isn’t about quitting, and they’re delighted that you’re committed to the company and want to advance. You can collaborate on a path to reaching your desired role within the firm.

Pay close attention to your finances. Pay off credit cards and other debt, as the interest rate will escalate. Reign in unnecessary expenses. Put aside money, in case you are out of work for a while. Find ways to earn additional income streams. This could include gig work, starting a side hustle or an online business.

How to Prepare the Next Generation to Run the Family Business