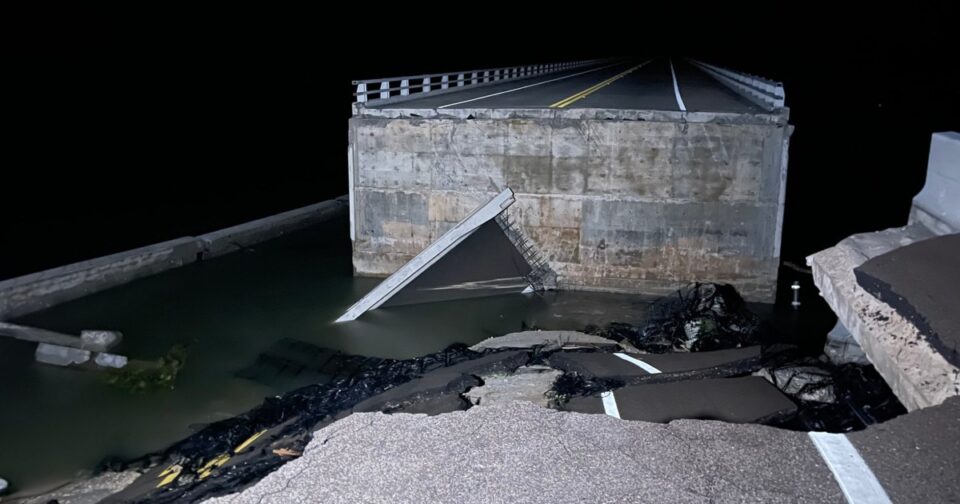 A large section of a causeway connecting an island in southwestern Florida to the mainland collapsed into the Gulf of Mexico, leaving anyone who did not evacuate stranded, as Hurricane Ian left a path of devastation through the state Wednesday.

Approximately 50 to 65 feet of the Sanibel Causeway collapsed as Hurricane Ian roared through southwest Florida on Wednesday, NBC affiliate WBBH reported Thursday morning, as the destruction left behind by Ian comes into focus.

The splitting of the bridge cuts off access to the island of roughly 6,700 people and where it remains unclear how many people did not evacuate ahead of the storm.

Sanibel Mayor Holly Smith evacuated from her island community Tuesday night, knowing it could be hit by a storm surge.

Smith said midday Wednesday that she was hoping that the Sanibel Causeway, the only path to and from her island, would survive Ian’s destruction.

But not all of Sanibel’s residents evacuated, the mayor said.

“I wish it was [fully evacuated]. No, it is not,” Smith said. “I am aware of numerous individuals that decided to stay on the island.”

“That’s my main concern right now is their safety,” she added. “I’ve been in touch with as many of them as I can be, and that’s a very difficult position to be in when I am sitting 15 miles away and knowing that a number of my citizenry might be in harm’s way.”