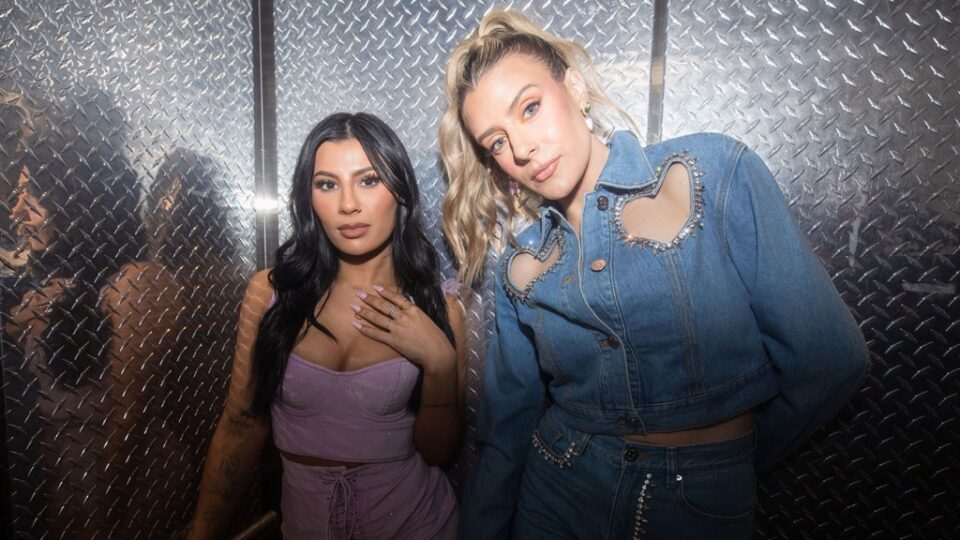 The ecosystem of entertainment industry events, particularly behind the scenes, is a tricky one to navigate, clouded by smoke, mirrors, money and status. Onetime Bolthouse Productions interns Kelsi Kitchener and Celeste Durve, co-founders of VIPER (VIP Event Relations), saw through the lights and the fog, and made the decision to bet on their vision for a savvy team of young women to form a bespoke hospitality agency — focused on brand engagement and guest experience — without having to apologize for their age or their looks.

The duo’s offshoot offering Smart Is Sexy, a YouTube channel and podcast of the same name, now in its second season, is an inside look into the lives of Durve and Kitchener as they navigate entrepreneurship and dating, discussing topics from self-development to business to spirituality, with the occasional solo episode or guest interview.

“Celeste and I were always put at the front door for check-in for events, we had the personalities that you definitely would [pick] to greet people. So we got really good at seeing what was needed at that front door,” Kitchener explains of their time as interns who met in late 2014 in the Hollywood party-planning business. She and Durve both noticed that the lack of a dedicated team and efficient tools affected guests’ check-in experiences as they arrived at major industry events, as well as the overall tone of the night. “We came together and thought: ‘There has to be a better system for this that we can easily create.’ Bring in a group of girls, our own friends or people that we know, and kind of streamline this whole process.”

So, the two friends and female entrepreneurs followed their intuition that improvement was possible and launched VIPER in the spring of 2016, when Kitchener was 24 and Durve was 20.

“We were able to take a process that was usually run by a PA or an intern. And branded that front door with the ‘VIPER process,’” Kitchener says.

Part of their approach to improving upon the check-in guest experience at the door was modernizing the now-archaic style of crossing off names with a highlighter, paper and clipboard. The duo brought in technology like iPads, new software and hotspots to run WiFi from, and found that things were getting easier — and events were getting more successful — as a result.

“When you’re moving so quickly, especially working events where the guest list has 2,000-plus people, there’s a lot of things you can run into, like when you’re constantly adding names to a guest list during an event but that can’t be synced across the board. So that’s really where we started: taking a look at the front door as a whole. [Asking] where can we make this better and more efficient for clients that are spending millions of dollars on an event,” Kitchener says, adding: “Your first impression is setting the tone for that entire event and for the guests’ experience throughout the entire event. So making sure that we were creating a seamless experience from the jump — so that the guest was never frustrated walking in and enjoyed their experience — was really important to us starting VIPER.”

In sum, VIPER offers front-of-house logistics and operations for events. They have a staff of independent contractors, some 120 young women (along with a 13-person management team) who all have a certain aesthetic that would not be an uncommon sight in an industry party or club’s private section (read: they are well-dressed and well made-up), who not only staff events, but also are available to work as brand ambassadors and atmosphere models.

“We noticed that people were just way more excited to talk to these beautiful, smart girls and give their information — we collect guest data on site on behalf of our clients — than to the men who own the company,” Durve says. “That’s like the one thing women get to have in this world: We’re more exciting to talk to. So we started playing on that.”

Earlier this year, VIPER handled 11 events over Super Bowl weekend (with a rare four in one night, which demanded a team of 130 staff members on deck). Two of them were for Revolve and h.wood’s “Homecoming Weekend” Super Bowl parties, which welcomed A-list names like Drake, Adele, Kendall Jenner, Megan Thee Stallion and Justin Bieber (and saw tables selling for $40-$100K).

This fall, VIPER continues its presence at SoFi Stadium, one of the retainer clients Durve and Kitchener consult for on VIP guest experience; the group manages the field side Bootsy Bellows lounge for every Rams home game and concert, staffing everything from hosts to bottle service. And up next, VIPER will be curating guest experiences for a few participating designers in L.A. Fashion Week, beginning Oct. 6.

“[Consulting] is one of our favorite things to do because we get to be really creative and give our opinions, which is so unique because Kelsi and I sit at the most unique vantage point of the nightlife industry,” Durve says. “I always tell clients, if you work with one nightclub company or somebody who owns restaurants or hotels, they only work with their own brands. But since Kelsi and I focus on guest experience, we work with [different] brands and celebrities across the board, which really expands the way we see the industry. It expands our network, it expands our knowledge. We’re not limited to just one sector.”

The jump from what the duo thought would only be a side hustle and turned into a bonafide hospitality agency was not necessarily a straight road. Says Durve: “It was not easy. We were super young but I think being that young and being slightly naive about what it would take was actually so beneficial for us because we just decided to move on it. We really operated by just doing things — they didn’t have to be perfect. We both just decided to make that sacrifice to commit to it long term. So when we would get money from events, we would put all of it back into the company and reinvest it.”

Durve says skepticism of their venture at the beginning was high (detractors predicted they’d last three months), noting that “nightlife is such a man’s world, women just didn’t have a place in it.”

“You could be a bottle server or you could come in with a promoter,” she says. “But that was really where it ended for you.” In the beginning, Durve and Kitchener, who often work 12- to 14-hour days, would close out events at 2 a.m. and sit at a diner until the wee hours of the night, strategizing on how to improve their business. When the COVID-19 pandemic hit, they were forced back to the drawing board and decided to expand the services their team offers: cocktail servers, consulting, brand ambassadors and the like.

“We didn’t take salaries for four years and instead paid our team very competitively because it’s important to us that women also make good money in this industry,” Durve says. “Because we did that, now they’re happier at work… Their energy on site is really good, and so clients are actually getting a better product.” The company’s employee retention rate is strong: Many of the women who work for VIPER, always seen in the brand’s trademark “VIPER black” outfits, have been with Durve and Kitchener for roughly five years.

The company is relatively racially diverse too, which is still considered unique in the luxury lounge and club world of Los Angeles. “As the VIPER brand grew, we started deciding what was cool,” Kitchener says. “We all knew how bad racism was in that Hollywood nightlife space. But now when you walk into a VIPER door, the whole team is diverse. We’ve actually reversed that [trend], which is really amazing and important.”

Though the company doesn’t have an office space, they do have a content studio for filming and a range of their other projects. Recently, VIPER launched the branch of their business that offers casting for brands, video and photo shoots and content creation using their on-staff talent.

Interestingly, and perhaps ironically, Durve and Kitchener are not really into socializing in L.A.’s nightlife scene. “Being two young girls, we didn’t have the luxury of being the party girls as well as running a company,” Kitchener says. Their idea of a fun night out is dinner and drinks at one of their favorite restaurants around the city: Pace, Marvin, Gjelina or Sunset Tower Bar.