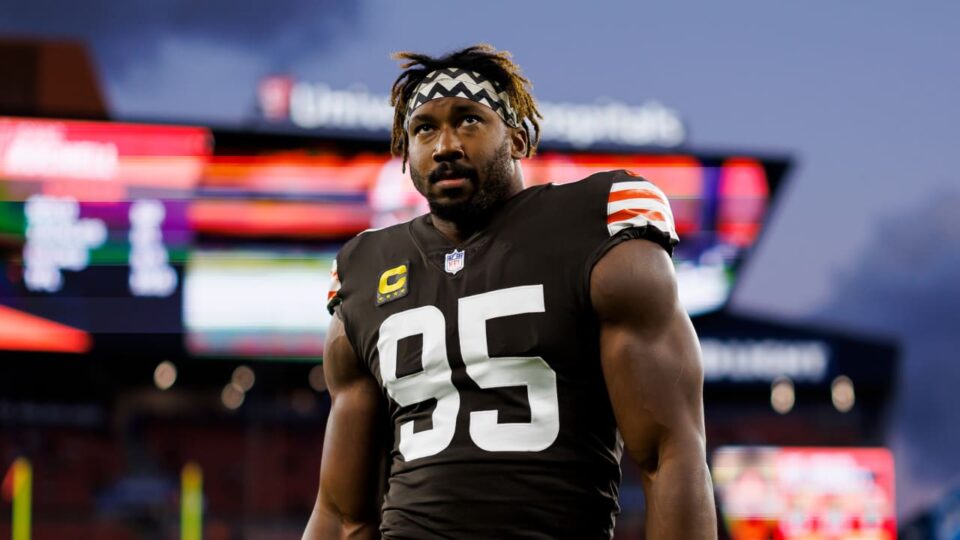 Less than one week removed from a frightening car wreck, Myles Garrett won’t be taking the field on Sunday after all.

The Browns star pass rusher has been downgraded to out for Sunday’s road game versus the Falcons, the team announced Saturday. Garrett (shoulder, biceps) was initially listed as questionable for the game.

Garrett sustained shoulder and biceps strains along with multiple lacerations after being involved in a single-car crash on Monday. The 26-year-old was discharged from the hospital later that night. The passenger in Garrett’s vehicle also emerged from the wreck without serious injury.

Garrett was issued a citation from the Ohio State Highway Patrol for failure to control his vehicle. It also stated that Garrett was driving at an “unsafe speed for the type of roadway being traveled.”

Speaking to reporters for the first time on Friday, Garrett said that he’s “feeling a lot better” following the accident and considers himself “blessed to live another day.” Garrett said he was more concerned about the welfare of his passenger than playing football in the immediate aftermath of the crash, but added that if it were up to him he’d “love to go” play on Sunday.

The Browns will instead play it safe and give Garrett a little more time to heal both physically and mentally after such a traumatic experience.