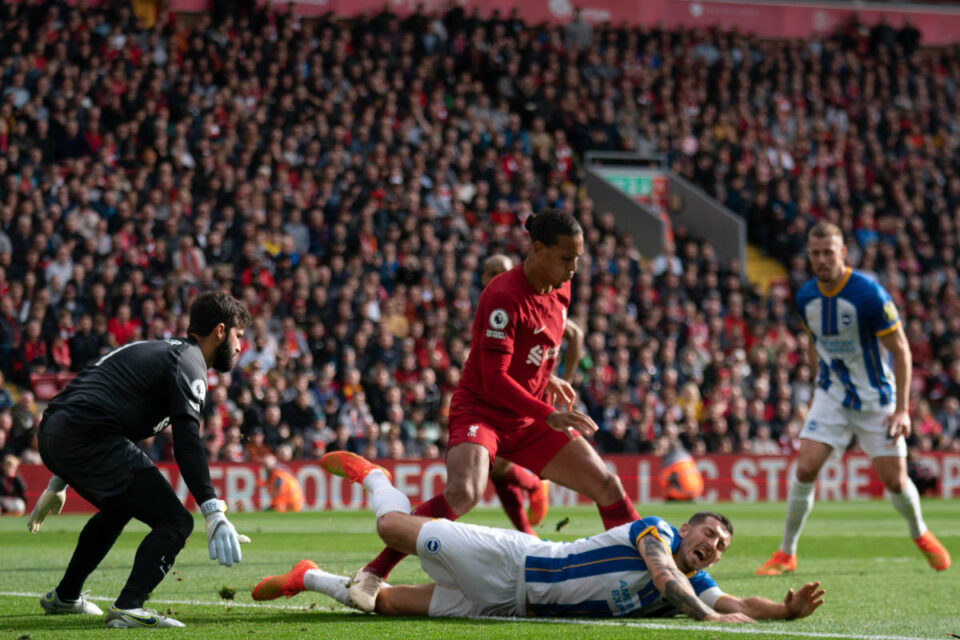 A Leandro Trossard hattrick earned Brighton & Hove Albion a point at Anfield against Liverpool on Saturday with the two teams playing out an entertaining 3-3 draw.

The international break appeared to have a bearing on Jurgen Klopp’s team selection with Diogo Jota, Darwin Nunez, and Luis Diaz all left on the bench with skipper Jordan Henderson returning to the starting lineup at the expense of Harvey Elliott.

Liverpool got off to another slow start and fell behind in the 4th minute when Trossard fired across Alisson Becker.

Leandro Trossard was in sensational form with a hattrick in the 3-3 draw at Anfield.

The visitors continued to threaten and deservedly doubled their lead 13 minutes later when the ball once again made it to the Belgian in the box and he fired home.

Roberto Firmino halved the deficit in the 33rd minute when Mohamed Salah’s touch from a Henderson chipped pass fell into the Brazilian’s path who finished well.

The 31-year-old added his second to equalise in the 54th minute when he showed great composure in the box to beat the Brighton defence and find the bottom corner.

Liverpool completed the turnaround nine minutes later when a corner was misjudged by keeper Robert Sanchez and it hit Adam Webster before making its way into the Brighton net.

The Seagulls continued to threaten however and squared the match in the 83rd minute when Trossard capitalised on a mistake from Virgil van Dijk to complete his hattrick.

It was another disappointing Liverpool performance despite fighting their way back into the match and will leave Jurgen Klopp wondering what he needs to do next to get them back to their best.