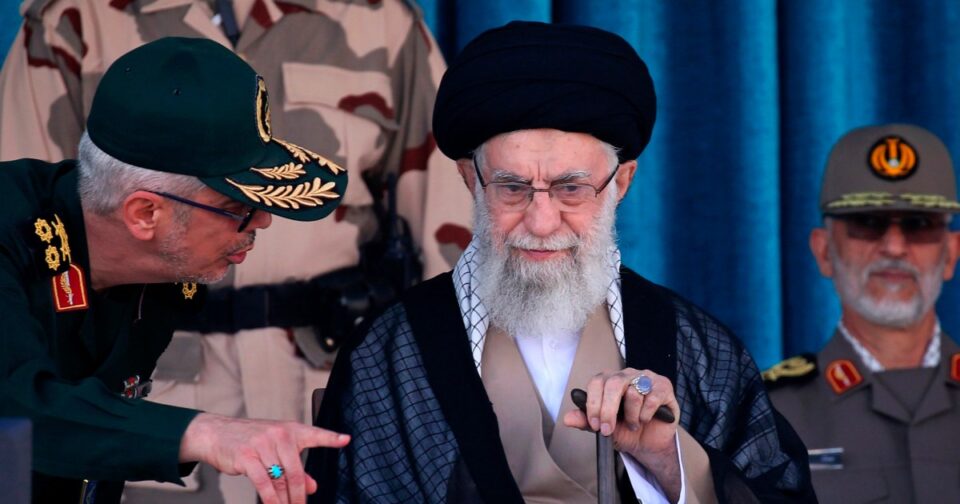 Iran’s supreme leader Ayatollah Ali Khamenei on Monday broke his silence on the unrest that has rocked his country and accused the United States and Israel of planning the protests over the death of a young woman who had been detained by police.

Khamenei said he was dismayed by the death of Mahsa Amini, 22, from Iran’s Kurdistan region, who was arrested by morality police in the capital, Tehran, last month for allegedly defying the country’s strict dress codes.

“Our hearts are broken for the young girl,” he said at a graduation ceremony for military cadets at the Imam Hassan Training Center in northwestern Tehran, according to the government-aligned Tasnim news agency.

“Yes, this was a bitter incident. My heart was also pained,” he said, breaking weeks of silence on what has become the country’s biggest acts of civil disobedience in years.

But Khamenei also strongly criticized anti-government protesters, saying they were burning the Quran, removing hijabs and setting fire to mosques and banks.

“Such a reaction to an incident, an incident tragic in itself, cannot justify the conduct of such actions,” he said.

“I say frankly that these incidents were planned by the United States, the Zionist regime and their followers,” Khamenei added, using the term Iran uses to refer to Israel.

The supreme leader did not present evidence to support his allegations. Israeli officials declined to comment on Khamenei’s statements.

Police deny allegations that Amini was beaten and insist that she died after suffering a heart attack. Iran’s hardline President Ebrahim Raisi has ordered an investigation into her death and said he offered his condolences to Amini’s family.

Her family denies that she had a pre-existing condition. They say witnesses told them she had been beaten by police and have complained about how any investigation is being conducted.

Amini’s death sparked weeks of escalating protests in more than 90 towns and cities amid a police and army crackdown. On Friday, the army hinted that it could intensify its efforts to stop the demonstrations.

So far 41 people have died in the protests, according to Iranian state TV, The Associated Press reported.

Over the weekend and on Monday, video from Iran on social media showed students at universities in Isfahan and Tabriz, as well as Sharif University in Tehran, demonstrating in support of Amini and against the government. One from Tabriz showed a large number of riot police.

“The Iranian authorities knowingly decided to harm or kill people who took to the streets to express their anger at decades of repression and injustice,” Agnes Callamard, general secretary of international human rights organization Amnesty International, said in a statement.

While women’s rights groups and democracy campaigners around the world have expressed strong solidarity with the protesters in Iran — many holding rallies and protests in sympathy — Khamenei said that his security forces had been “wronged” in the protests.

J.J. Watt Not Impressed With TCU’s Fourth Down Play-Call vs. K-State