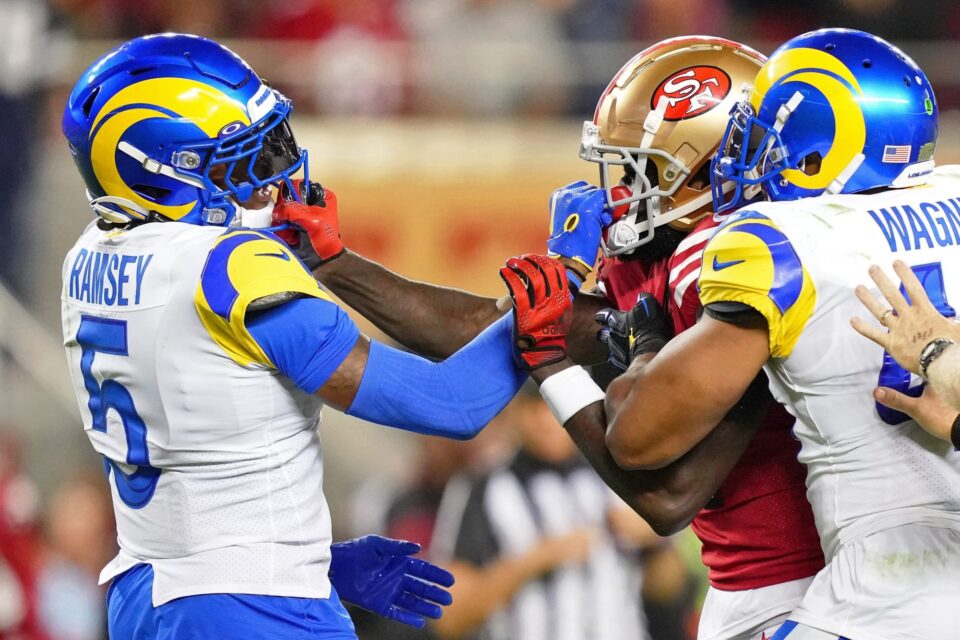 That’s a question Chiefs fan Taylor Denney had to answer on Sunday night after the Chiefs beat the Buccaneers and all but one of the picks in his parlay remained.

He chose the first option, putting all his faith in the Los Angeles Rams to beat the San Francisco 49ers and make him $74,702.67 richer.

Can you imagine getting 15 NFL games on the money only for the very last one to kill your payout? That dude sweated through games like the Vikings win over the Saints, the Falcons win over the Browns, the Seahawks over the Lions, the Jets over the Steelers, the Bills over the Ravens and the Packers over the Patriots in overtime!

And all he has to show for it is…the biggest disappointment imaginable.

Cannot believe that dude had a cash out of $23,000 off a $10 parlay and chose to let it ride on the rams lmaooo Jesus Christ what a bad life choice, he earned every bit of that L 😂

He has quite a few people to blame, beyond himself for not taking the cash out in the first place. He could blame Deebo Samuel, whose ridiculous 57-yard touchdown catch had to feel like the universe laughing in his face.

He could blame Matthew Stafford for throwing a fourth-quarter pick six. He could blame the other 31 teams in the league for passing on Talanoa Hufanga, the rookie who was drafted by the 49ers in the fifth round and is now jumping routes like a seasoned veteran.

He could even blame the protestor who ran on the field with a smoke bomb and forced Bobby Wagner to waste his best tackle of the night on him.

Just know that if you wake up tomorrow feeling down, at least you didn’t turn down $23,000 to put your faith in the Rams.

We need to ban animal testing. Dr. Oz killing over 300 dogs is a perfect example of why.