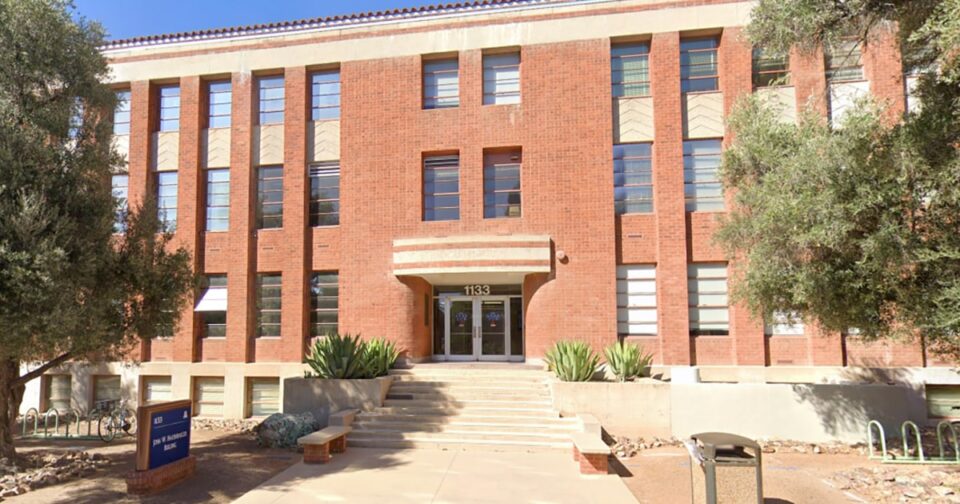 A professor at the University of Arizona was fatally shot Wednesday on the campus in Tucson, and a suspect was later apprehended by state police, authorities said.

The victim, Thomas Meixner, was the head of the department of hydrology and atmospheric sciences, university President Robert C. Robbins said in a statement.

“We have reached out to Dr. Meixner’s family, and ask that their grief and privacy be respected,” he said.

“It’s a tremendously tragic event. We feel so incredibly bad for the professor’s family, friends and colleagues, and our hearts really just go out to them,” Balafas said at a news conference.

A staffer called the university just before 2 p.m. and said a former student was in the John W. Harshbarger Building and should not be there, Balafas said.

The caller asked police to escort the former student out, but the shooting occurred before officers arrived, Balafas said. A handgun was used, she said.

The shooter then ran from the building through the main doors, she said.

The Arizona Department of Public Safety arrested Dervish near Gila Bend, about 120 miles away, during a traffic stop at 5:10 p.m., Balafas said.

There were no other injuries.

It was not clear whether there was any relationship between the suspect and the professor, and Balafas said she did not know of a motive.

Robbins declined to go into details on the investigation, referring questions to school police.

The university of around 47,000 students issued public safety alerts, canceled classes for the day and instructed everyone to leave campus or go to their dorms.

The university said counseling services were available to support students.

The incident is under investigation.

It was not clear whether Dervish had been charged or whether he had an attorney Wednesday night. A spokesperson for the Pima County district attorney did not immediately respond to a request for comment.

Arizona Gov. Doug Ducey tweeted that the state was ready to assist the university in any way.

“Arizona is praying for the family and friends of the professor and those affected by today’s tragedy in Tucson,” Ducey wrote.