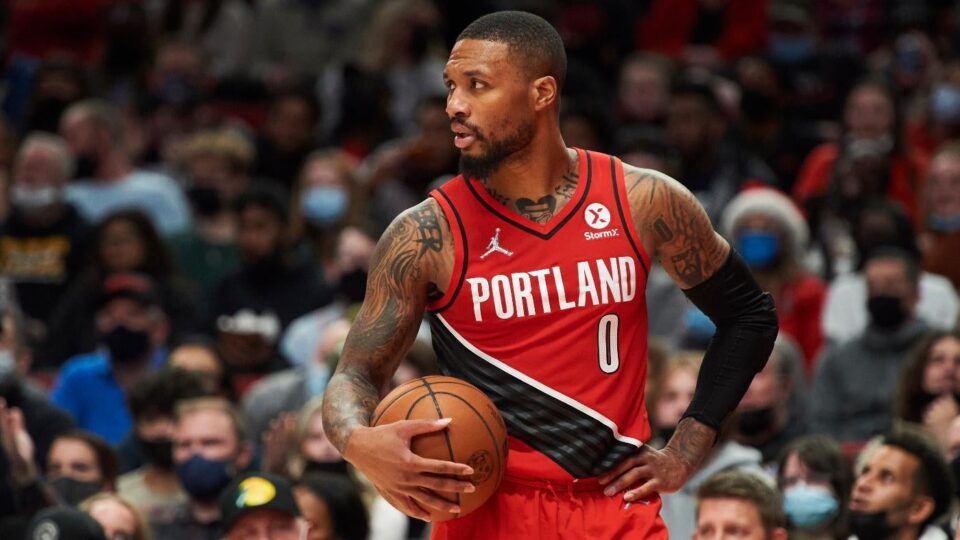 Keldon Johnson and the San Antonio Spurs (6-8) hit the road to take on Damian Lillard and the Portland Trail Blazers (9-4) on Tuesday at the Moda Center at the Rose Quarter in Portland. Portland is 3-2 at home, while the Spurs are 3-3 on the road. Portland fell 117-112 to the Dallas Mavericks on Saturday, while the Spurs were blown out by the Golden State Warriors 132-95 on Monday. Keon Johnson (hip) and Gary Payton II (abdomen) are out for the Trail Blazers, while Tre Jones is listed as day-to-day for the Spurs. Justise Winslow (non-COVID illness) and Jusuf Nurkic (thigh) are questionable for Portland.

Tip-off is at 10 p.m. ET. Portland is favored by 7.5 points in the latest Trail Blazers vs. Spurs odds from Caesars Sportsbook, and the over/under is set at 224. Before entering any Spurs vs. Trail Blazers picks, you need to see the NBA predictions and betting advice from the proven computer simulation model at SportsLine.

The SportsLine Projection Model simulates every NBA game 10,000 times and has returned well over $10,000 in profit for $100 players on its top-rated NBA picks over the past four seasons. The model enters Week 5 of the 2022-23 NBA season on a stunning 100-66 roll on all top-rated NBA picks that dates back to last season, returning more than $2,600. Anyone following it has seen huge returns.

Portland is battling some health issues with several players’ availability trending towards being game-time decisions. The Blazers do have the benefit of being well-rested after having two full days off since their last game. Meanwhile, the Spurs will be on the second night of back-to-back road games and are coming off a blowout loss to Golden State on Monday night. Portland has won three of its last four games.

What you need to know about the SpursMeanwhile, the Spurs took a serious blow against the Golden State Warriors on Monday, falling 132-95. San Antonio was down 99-68 at the end of the third quarter, which was just too much to recover from. Shooting guard Devin Vassell wasn’t much of a difference maker for San Antonio; Vassell played for 25 minutes but put up just six points on 3-for-11 shooting.

The Spurs enter this matchup facing the daunting task of playing two road games in two nights. Portland could be lacking depth if some of their banged up players are unable to go tonight, but fatigue could be a major factor for San Antonio. Keldon Johnson continues to impress for the Spurs and could prove to be a glaring mismatch for the Blazers on the offensive end.

How to make Spurs vs. Trail Blazers picksThe model has simulated Trail Blazers vs. Spurs 10,000 times and the results are in. We can tell you that the model is leaning Over on the point total, and it’s also generated a point-spread pick that is hitting in well over 60% of simulations. You can only see the model’s pick at SportsLine.