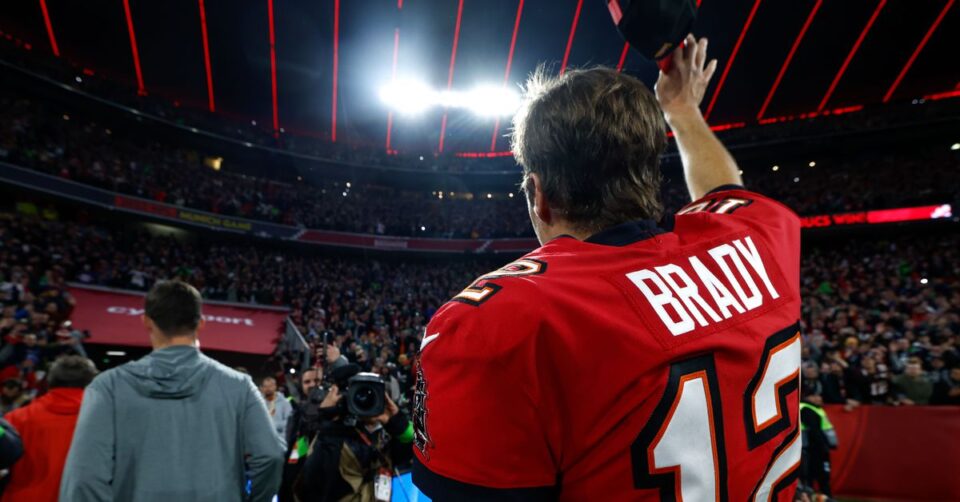 Boyz II Men said it best: It’s so hard to say goodbye to yesterday. That song was written as a means to help someone grieve for a lost friend or family member. It’s also somehow used during high school graduations and Lethal Weapon 3. At least the latter had the song playing during a funeral scene.

I think there’s one more way you can use this song. How about as a ballad in honor of the great athlete who refuses to walk away? There’s always one of them. He’s the guy you watch throughout a long period of time, and you usually want them to go away, but they just won’t. There’s almost always a perfect fairy-tale ending for them too. Yet they just keep on going.

A couple of perfect examples of this are Emmitt Smith and Jerry Rice. Why did these guys play so long past their primes? For starters, Smith broke the all-time rushing record in 2002. He was 33 years old at the time. With the record intact and a couple Super Bowl rings to go with it, Smith could have just ridden off into the sunset. He instead signed with the Arizona Cardinals and had two pretty unremarkable seasons before finally walking away.

Remember when Jerry Rice was a Seahawk? Well, you shouldn’t. Jerry played until he was 42 years old, long after he had smashed the records for career receiving yards and career receiving touchdowns. Don’t forget the multitude of awards and Super Bowl trophies he picked up along the way.

There’s a current example of a player who believes it’s so hard to say goodbye to yesterday. He’s right on the same level as Rice and Smith. Actually, he’s probably a level above.

In February of 2021, Tom Brady proved the last thing he really needed to prove. After racking up multiple Super Bowl wins with the Patriots, he went to a different team and led the Buccaneers to the Super Bowl, too, thus casting out the idea that he was just a system quarterback, and it was Bill Belichick who was the genius pulling the strings. He had a great game and a super fun celebration that featured him tossing the Lombardi trophy from one boat to the other. Everyone laughed at how drunk he got.

There could not have been a better sendoff. Brady could literally ride off into the Florida sunset and do whatever he wanted with the rest of his life. Instead he came back for another season and got bounced in the Divisional Round by the Rams.

Don’t get me wrong. He threw 43 touchdowns last season. That’s no joke. But at the end of the day, what does it amount to? Is anyone going to bring that up when they’re discussing the legacy of Tom Brady? Is it it going to get mentioned at his Hall of Fame ceremony? No way.

Finally Brady retired. Then he didn’t retire. Then he actually retired. Then once again, he did not retire. Brady chose to come out of retirement to play in 2022. As it stands right now, the Bucs are 4-5, Brady is throwing one touchdown a game, and he just got divorced. This is the type of season that could get remembered. It could get remembered in the way that makes people say, “Brady really should have just stayed retired.”

Despite being so lackluster this season, the Bucs may make the playoffs anyway since the NFC South is so bad. But it’s unlikely that the Bucs do much once they get there. Then what? Is Brady going to walk away? Or is he going to try to stay longer? Why do the greats keep doing this to themselves?

I can’t get in the head of Tom Brady. What I can do is go back to that Boyz II Men jam again. There’s a verse in that song that really explains what may be happening here.

“I don’t know where this road Is going to lead. All I know is where we’ve been and what we’ve been through.”

A few years back I did a mental health series with some current and former Lions players. I interviewed former Lions quarterback Eric Hipple and he said something in that interview that has stuck with me ever since. “If I’m not this, what am I?”

This is an identity. Tom Brady is 45 years old. He started playing football somewhere around the age of four. That means 41 years of his life on this planet have been spent doing the same thing. Imagine forming your whole life around one thing. I mean, really imagine it. You can set your watch to it after a while. You know that camp starts this day, you go to work every morning at this time, you’ll be home at this time and you know that you’ll get a break around the same time every year.

You get into a routine in life and then one day you have to stop that routine. This is where the “I don’t know where this road is going to lead” part really comes in. What do you do now? You’re still a young man. Now you’re a young man who had to walk away from the one thing you were really good at. Do you get a job at a network? Do you get into coaching? What about apparel? How about you start investing in businesses? Seriously, what do you do?

Eric Hipple’s story really shows a very bad possibility of what can happen. Hipple spent so much time on football that he never fully realized that it was a distraction that helped him cope with some mental health issues he didn’t really know he had. Once football was gone, depression really set in and he had a hard time for while.

I’m not saying these are the reasons Tom Brady won’t walk away. What I’m saying is that I can understand, on a human level, how that could be a scary situation to face head on and you can see why a player might want to hang on to the life they know as long as they can. I also feel compelled to say that this is Tom Brady’s life and if he wants to play football until he’s 50, it’s none of my business at all. It’s completely up to him.

Still, when it comes to hanging on too long, it’s hard to watch a great player fall. You’d rather remember them for the good moments. You’d rather “take with you the memories to be your sunshine after the rain.”

But I get it. It’s so hard to say goodbye to yesterday.

The Utah Jazz’s success is based on their unintentional versatility