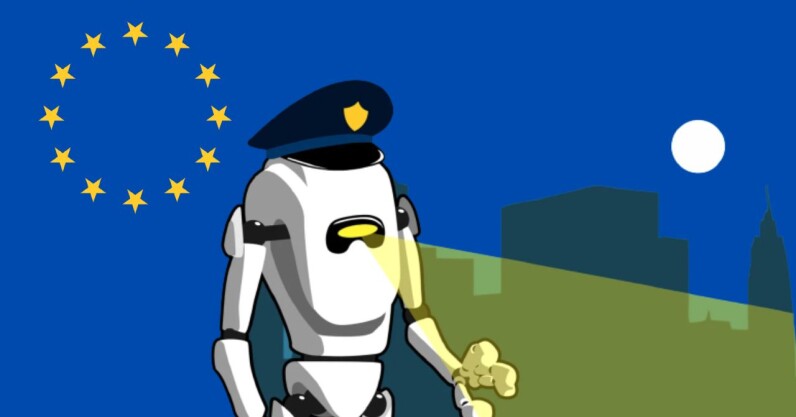 Italy has introduced a new facial recognition ban, but it features a glaring exemption that is set to echo across the EU.

The new ruling outlaws the use of facial recognition technology (FRT) — unless it’s used for crime fighting or judicial investigations. Italy’s Data Protection Agency pledged to maintain the ban until new legislation is adopted, or at least until the end of 2023.

“The moratorium stems from the need to regulate eligibility requirements, conditions, and guarantees relating to facial recognition, in compliance with the principle of proportionality,” the watchdog said on Monday in a statement.

Subscribe to our newsletter now for a weekly recap of our favorite AI stories in your inbox.

Civil rights advocates cautiously welcomed the new restrictions, but raised concerns that the loopholes could be manipulated.

“This would affect all private use. Obviously some huge questions about how broadly ‘fighting crime’ will be interpreted, but interested in watching this,” tweeted Calli Schroeder, Global Privacy Counsel at the Electronic Privacy Information Center (EPIC).

Italy banning facial recognition unless being used to fight crime. This would affect all private use.

Obviously some huge questions about how broadly “fighting crime” will be interpreted, but interested in watching this.https://t.co/fEVc3nxmEY

The new rules in Italy arrive amid heated debates in the EU over FRT restrictions. The bloc is moving towards approving the landmark AI Act, which would become the world’s first comprehensive legal framework for artificial intelligence.

FRT has proven a divisive component of the proposals. A majority of EU lawmakers now want to prohibit use of the tech for scanning crowds indiscriminately and in real-time. These restrictions, however, are set to leave exceptions for policing.

Supporters of these dispensations argue they will help fight crime, but opponents warn that they’re ripe for abuse. In September, Dragos Tudorache, Member of the European Parliament (MEP) and Co-Rapporteur of the AI Act, said the exemptions would pose “very difficult control and accountability.”

We should — and I will do my best to — have a complete ban in the Parliament.

Critics are wary of the rules leading to mass surveillance and oppressive policing. These risks are particularly acute to marginalized groups and dissidents, who are disproportionately the victims of discriminatory AI and inaccurate FRT results.

These outcomes have been blamed on prejudiced policing, unrepresentative training data, and a combination of the two. Campaigners fear that FRT is algorithmically reinforcing and automating human biases.

These dangers have also attracted the anxieties of lawmakers. Last week, Brando Benifei, an Italian MEP and Co-Rapporter of the AI Act, called for the EU’s new regulation to include an outright ban on biometric mass surveillance.

“Today there are two different loopholes in the ‘ban’ proposed by the Commission: private spaces and ‘ex-post’ recognition are not covered, but there are also exceptions regarding some criminal investigations and prosecutions,” he said. “We should — and I will do my best to — have a complete ban in the Parliament.”

The final rules are still working their way through the EU, but they could be agreed upon by mid-November. As a world-first attempt to horizontally regulate AI, the repercussions will extend beyond the bloc.

Is this Dell laptop hiding the future of PC memory? Meet CAMM