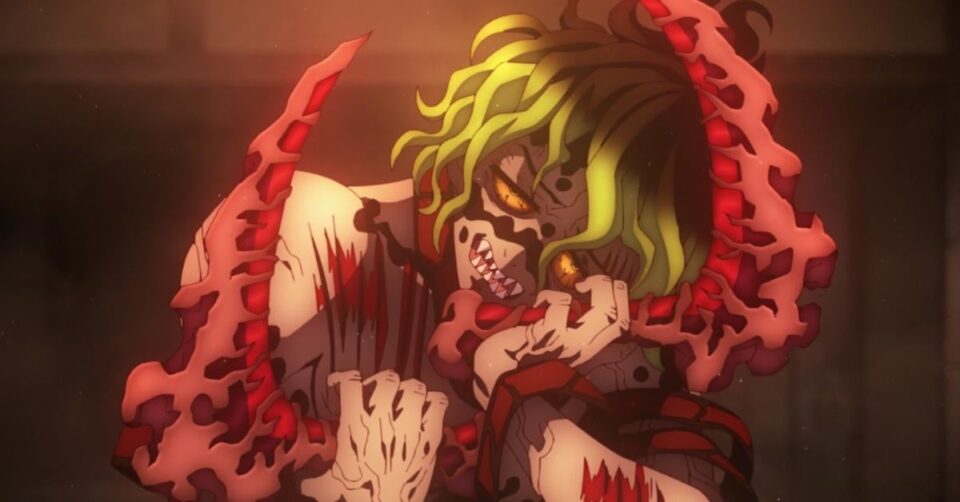 Demon Slayer: Kimetsu no Yaiba wrapped up the second season of its anime earlier this year, and now one awesome cosplay is showing off just how terrifying Gyutaro was for the Entertainment District arc! The second season of the anime might have kicked off with a retrod of the Mugen Train arc, but the episodes earlier this year took on the Entertainment District arc of Koyoharu Gotoge‘s original manga and showed off some of the most impressive action in the anime to this point. With the debut of some powerful new villains in tow, Tanjiro Kamado and the others took on their toughest challenge yet.

Daki and Gyutaro were revealed to be a pair of demonic siblings that formed a single member of the Upper Moon ranks, and Gyutaro was definitely the most fearsome of the pair as the fight really kicked into high gear when the demon showed up to the fight in full. Now artist @yuanherong.1229 on Instagram is reminding fans of just how terrifying this demon really was with some pitch perfect cosplay of the fan favorite villain. Check it out below:

How to Watch Demon Slayer‘s Anime

Demon Slayer: Entertainment District Arc wrapped up its run of episodes much earlier this year, and the arc showed off some of the most intense action of the franchise to this point. Daki and Gyutaro were ultimately defeated at the end of the arc, so if you wanted to check out the anime’s run along with the feature film release to catch up for the future of the series, you can now find Demon Slayer streaming with Crunchyroll. Now it’s the perfect time to catch up too.

The second season wrapped up with the announcement that the anime would be continuing with a third season in the near future. Taking on the Swordsmith Village arc of the manga series, the next season will be showing off more powerful demons, cooler fights, and much more that fans will want to tune in for when it kicks off its run at some point in the future.

What did you think of Daki and Gyutaro in Demon Slayer’s second season? Are you excited for the next season? Let us know all of your thoughts about it and everything anime in the comments!

The Download: AI conquers Minecraft, and babies after death