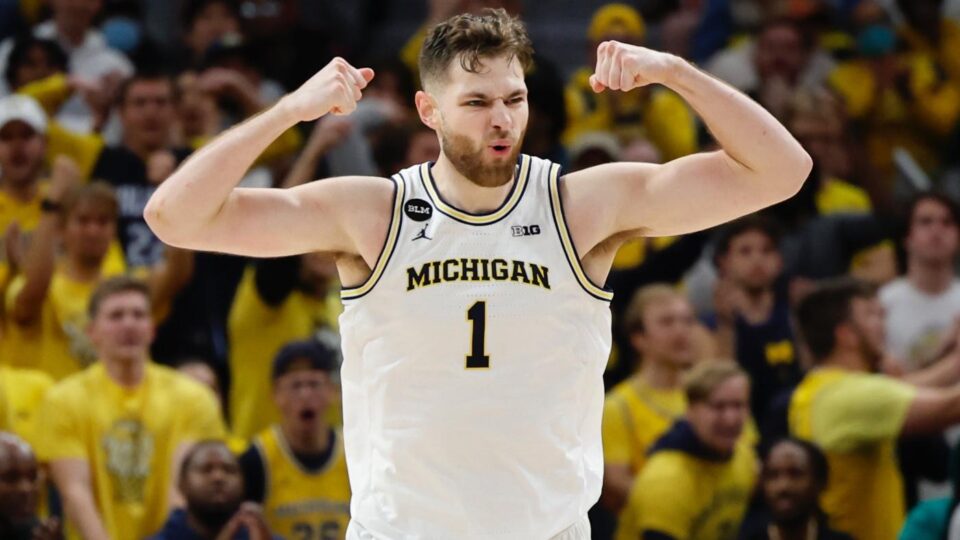 The 20th-ranked Michigan Wolverines look to remain undefeated when they take on the Pittsburgh Panthers on Wednesday in the opening game of the 2022 Legends Classic. Michigan (2-0) began the campaign with a 75-56 triumph over Purdue Fort Wayne and got past Eastern Michigan 88-83 on Friday. Pittsburgh (1-1), which won the Legends Classic in 2008 and 2013, posted a 22-point victory against UT Martin in its opener before being trounced 81-56 by West Virginia last time out. The Wolverines lead the all-time series 12-6 but haven’t faced the Panthers since registering a 67-62 win in 2012.

Tip-off from Barclays Center in Brooklyn, NY is set for 6 p.m. ET. The Wolverines are 8.5-point favorites in the latest Michigan vs. Pittsburgh odds from Caesars Sportsbook, while the over/under for total points scored is 139. Before making any Pittsburgh vs. Michigan picks, be sure to check out the college basketball predictions and betting advice from the SportsLine Projection Model.

The model simulates every Division I college basketball game 10,000 times. Over the past six-plus years, the proprietary computer model has generated more than $1,200 for $100 players on its top-rated college basketball picks against the spread. Anyone who has followed it has seen profitable returns.

Now, the model has set its sights on Michigan vs. Pittsburgh and just locked in its picks and CBB predictions. You can visit SportsLine now to see the model’s picks. Here are the college basketball odds and betting lines for Pittsburgh vs. Michigan:

Why Michigan can coverThe Wolverines are led offensively by Hunter Dickinson, who is among the top scorers in the nation with an average of 26.5 points. The junior center kicked off the 2022-23 season with a double-double, scoring 22 points on 9-of-11 shooting and pulling down 12 rebounds, while also blocking three shots against Purdue Fort Wayne. Dickinson increased his output versus the Eagles as he was 13-of-17 from the field en route to a game-high 31 points.

Despite recording only nine points against Eastern Michigan, Jett Howard is second on the team with a 16-point average. The freshman guard had an impressive debut for the Wolverines, hitting five 3-pointers and finishing with 21 points while dishing out five assists. Junior forward Terrance Williams II is coming off his first career double-double as he poured in 18 points and set a career high with 11 boards versus the Eagles.

Why Pittsburgh can coverThe Panthers have received solid contributions from their newcomers thus far this campaign as they have accounted for 96 of the team’s 136 points through the first two games. Blake Hinson, who is playing for the first time since 2019-20 with Ole Miss, leads Pittsburgh in scoring with an average of 16 points. The junior forward had only five points in Friday’s 81-56 loss to West Virginia but hit four 3-pointers en route to a game-high 27 points and grabbed 13 boards in a season-opening 80-58 victory against UT Martin.

After spending four seasons at Marquette, Greg Elliott also has gotten off to a good start with the Panthers. The senior guard recorded 11 points in his team debut and followed with a 12-point performance against the Mountaineers, drilling three 3-pointers in each contest. Also a senior guard, Jamarius Burton has scored in double figures in both games this campaign, his second at Pittsburgh after splitting three between Wichita State and Texas Tech.

How to make Michigan vs. Pittsburgh picksSportsLine’s model is leaning Under on the point total, suggesting the teams combine for a total of 137 points. It also says one side of the spread hits almost 70% of the time. You can only get the model’s pick at SportsLine.

So who wins Michigan vs. Pittsburgh? And which side of the spread hits almost 70% of the time? Visit SportsLine now to see which side of the Pittsburgh vs. Michigan spread to jump on, all from the advanced model that is up more than $1,200 on its top-rated college basketball spread picks over the last six-plus years, and find out.