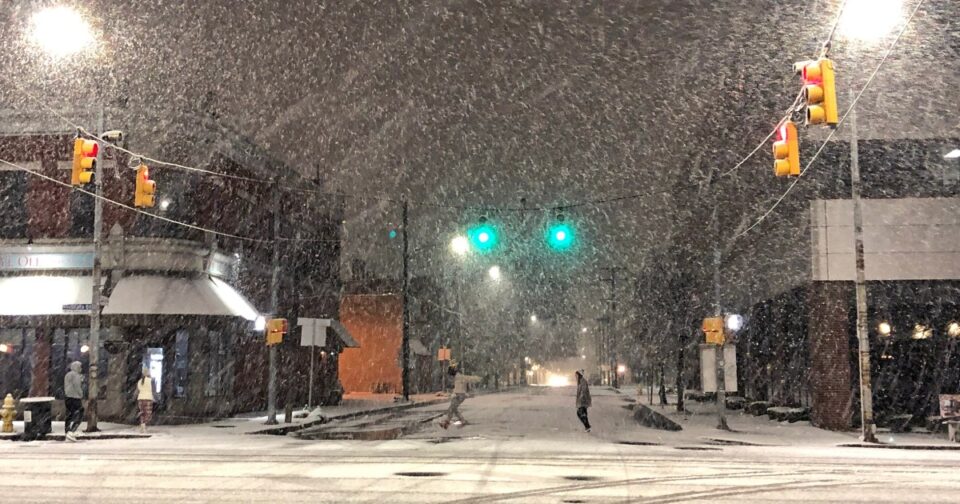 New York residents in Buffalo and other parts of the state are waking up Friday morning to heavy snowfall that officials warn could “paralyze” the hardest hit communities.

Snow began to fall on Thursday and continued overnight, threatening to leave Buffalo buried in more than 4 feet of “historic snowfall,” the service said in a Friday morning update.

“Very cold air will accompany this event with temperatures 20 degrees below normal forecast by this weekend,” it warned.

Buffalo has declared a state of emergency over the storm, while Gov. Kathy Hochul did the same for 11 counties in the western and northwestern part of the state near Lake Erie and Lake Ontario.

“This is a life-threatening storm,” Hochul said at a news conference Thursday, adding that state officials were standing ready to conduct rescues.

Erie County, home to Buffalo, issued a driving ban as residents prepared for the worst of the storm.

“Only those authorized for emergency travel are to drive,” County Executive Mark Poloncarz tweeted Thursday, noting that the ban would be re-evaluated Friday.

Commercial traffic was banned on parts of some major state roads, including the New York State Thruway, also known as Interstate 90. Meanwhile, Sunday’s NFL game between the home team Buffalo Bills and the Cleveland Browns was moved to Detroit.

The storm is bringing what is known as “lake-effect snow,” which occurs when arctic air races across the relatively milder waters of the Great Lakes.

As the planet has warmed from the increase in greenhouse gases, so have the lakes, meaning more evaporation into the atmosphere during the winter. This has led to an increase in lake effect snow, but that trend is not expected to last.

A recent study used a regional climate model to investigate these changes in lake effect snow if our current rate of greenhouse gas emissions continues. By mid-century, the amount of seasonal lake effect snow is projected to increase modestly, as the Great Lakes will remain ice-free longer into the winter.

However, as the air warms, the amount of snow during the transitional seasons of late fall and early spring is expected to decrease, with more of the precipitation falling as rain. By late century, the frequency of extreme cold over the Great Lakes is expected to decrease substantially. Similarly, lake temperatures are projected to increase further, with the warming environment implying an increase in rain at the expense of snow during the winter.