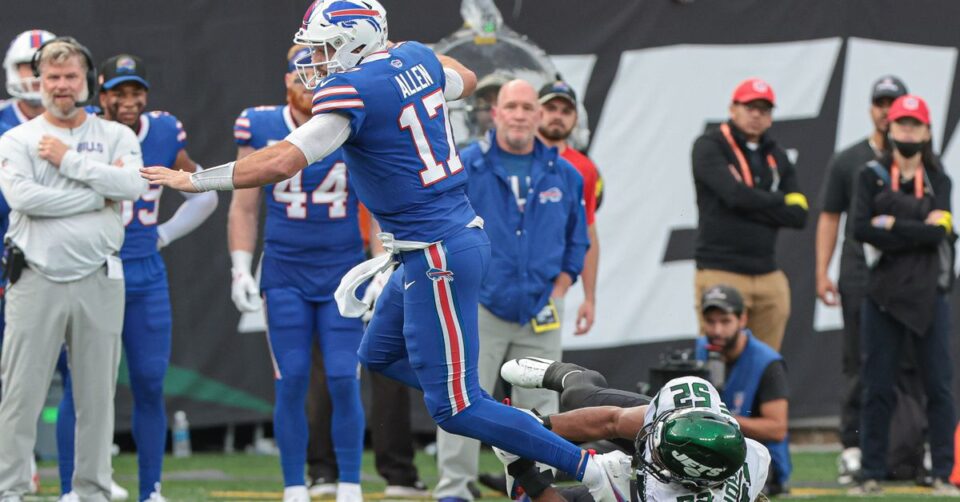 When NFL teams peel back the curtain on big decisions, the result can be fascinating.

The New York Jets did just that this week.

Back in the spring, the Jets loaded up in the first few rounds of the 2022 NFL draft, particularly in the first round with three new additions. The Jets entered the first night of the draft with two picks in the top-ten selections, sitting at fourth overall and then in the tenth spot.

With their first pick, the Jets added cornerback Sauce Gardner, who is off to an incredible start with New York. His emergence as a true talent in the secondary is part of the reason New York has one of the NFL’s best pass defenses.

In the tenth spot, the Jets selected Ohio State wide receiver Garrett Wilson, who has emerged as the go-to receiver on the Jets’ roster. Through the first nine games of his NFL career, Wilson leads New York in targets (68), receptions (42), yards (521), and yards per game (57.9).

But the Jets were not done.

Because New York traded back into the first round later in the night, adding pass rusher Jermaine Johnson II from Florida State.

A move they were apparently considering shortly after drafting Wilson.

In a teaser for an upcoming installment of 1JD, or One Jets Drive, the team’s in-house documentary series, the team pulled back the curtain on their decision to trade up for Johnson. In the trailer, there is a clip of head coach Robert Saleh talking with longtime NFL reporter Mike Silver, about why the team wanted to draft Johnson.

As Saleh states in the trailer, the team wanted Johnson for “his length, his speed, and his athleticism.” The teaser then cuts back to April of 2022, with general manager Joe Douglas meeting with his staff: “If Josh Allen runs out of the pocket, this ******** will catch him:”

With the Jets hosting Josh Allen and the Buffalo Bills, the score was knotted at 17 in the fourth quarter. Buffalo had the football right at midfield, after starting a drive at their own 13-yard line. There were just over nine minutes left in the game.

On 1st down, Allen aligned under center and carried out a run fake to Devin Singletary, before rolling out to the right.

Where Johnson was lurking, putting him in the exact situation the Jets drafted him for.

And the rookie did not let Douglas and Saleh down:

Buffalo would eventually punt on their drive, and the Jets would kick the eventual game-winning field goal on their next possession.

NFL teams spend months evaluation, and debating, prospects each draft season. They debate their individual traits, as well as their scheme fit within their organization.

In the case of Johnson, the Jets had a specific goal in mind: Chasing down Josh Allen.

It did not take long for the rookie to deliver.

Bills vs. Browns weather updates: ‘Thundersnow’ storm in Buffalo has NFL moving the game to Detroit

What’s next in cybersecurity