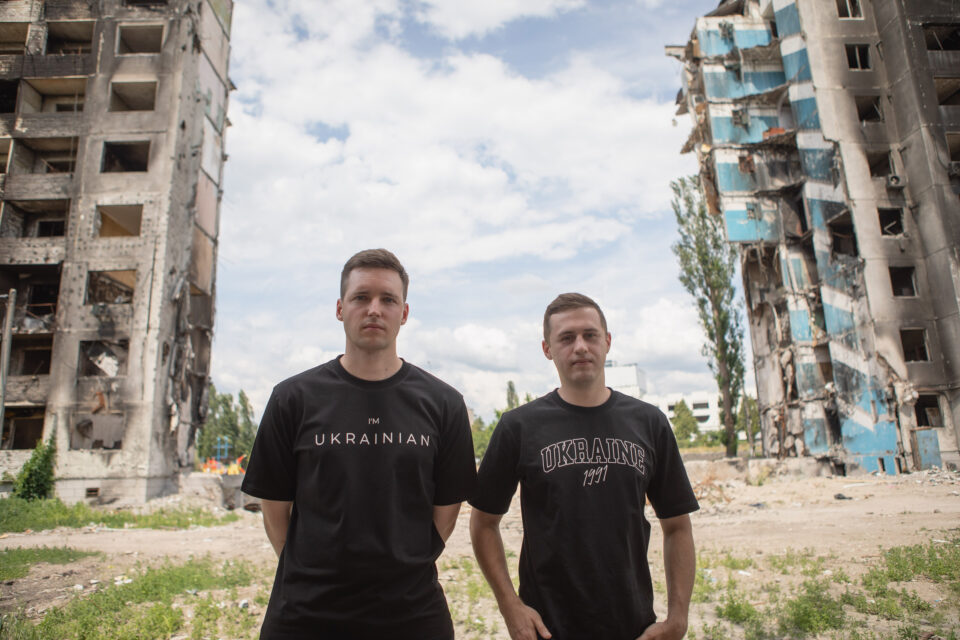 Vitalii Gyrin, a 38-year-old Kyiv-based CEO, starts his working days at 5:30 AM with a double espresso and a walk with his dog. Then come the phone calls and group texts with his staff to guess how many hours of power they might have that day—and which of their services might be disrupted.

Gyrin runs Adonis, a network of medical centers employing 500 doctors and 1,200 other personnel across Ukraine. These days, “our clinics usually don’t have power for at least half of the working day,” he said. “Power blackouts and missile strikes… are our biggest worries. You cannot plan for more than a couple days,” he noted.

Russian shelling destroyed one of Adonis’ maternity wards in March. In other cases, power outages have interrupted dental work, X-rays, and even major surgeries.

Russia’s February invasion has upended life in Ukraine for nine months so far. But a little over a month ago, Russia began targeting Ukraine’s electricity grid in a bid to crush the country’s resolve by plunging it into cold and darkness. It has now devastated 50% of Ukraine’s energy infrastructure.

In recent weeks, power blackouts have increasingly besieged Ukrainian cities as Russia escalates its attacks on the country’s power grid. As a result, Ukrainian people and businesses are now enduring daily outages and going without light, heat, and water, for hours on end. On Friday, just as Kyiv saw its first snow, Ukraine warned that the capital city faces a “complete [power] shutdown.”

But Ukrainian businesses aren’t giving up.

“When the war began, we made our decision to keep working no matter what,” Gyrin said. “Until Ukraine’s victory. We are determined to go on.”

When Putin invaded Ukraine on Feb. 24, he predicted a swift victory.

Instead, Russia has confronted one setback after another. In recent months, its military forces have lost huge chunks of important territory in eastern Ukraine; hundreds of thousands of young Russians have fled the country to avoid fighting; and the internet has been flooded with videos of demoralized Russian conscripts complaining about a lack of food, training, and proper equipment.

Analysts say Russia’s battlefield losses likely led the Kremlin in September to start using cruise missiles and Iranian-made Shahed drones to target Ukraine’s power plants, and the smaller power stations that connect its grid. Russia has since intensified its attacks.

Ukraine has responded that it will not buckle under such an assault. President Volodomyr Zelenskyy said in late October: “We are not afraid of the dark. Shelling will not break us.” The country’s air defense system has shot down at least hundreds of Russian-launched missiles and drones.

Still, Ukraine’s energy grid has sustained heavy damage from Russia’s growing attacks. Around half of the country’s energy system has now been crippled—up from 30% in mid-October. Last week, Volodymyr Kudrytskyi, CEO of national grid UkrEnergo, warned that the “situation is critical.” Nearly all of Ukraine’s major power stations have been hit and Russia is firing missiles faster than Ukraine can repair the grid, he said.

Ukraine’s power operators now have one priority: to keep the lights and heat on, and the water running—especially as winter approaches. DTEK, the biggest private investor in Ukraine’s energy sector, which provides 20% of the country’s power, says that its repair teams are working overtime to fix damage to cities’ energy infrastructure. It has dispatched five emergency crews of engineers to help restore energy supply to Kherson that Ukrainian forces liberated last weekend; DTEK teams have already inspected 100 kilometres of the city’s grid since then.

But it desperately needs more equipment like sub-stations, transformers, and circuit breakers to continue repairs, since “we have already exhausted all our stock. We are asking for equipment to survive through the winter… and to prevent a humanitarian catastrophe,” Antonina Antosha, a DTEK spokesperson, told Fortune.

Ukraine is attempting to address the energy shortfall by planning its own outages to help ration electricity and ensure a stable supply—but the blackouts often come suddenly.

Yet many companies refuse to shutter or move operations out of the country.

‘We are determined to go on’

Businesses across Ukraine are finding creative ways to adapt and continue operating under their new normal.

In April, 38-year-old Nata Smirina—founder and owner of clothing brand Hochusobitake—was forced to flee to Switzerland after Russia bombed her hometown of Kharkiv. “I was paralyzed and didn’t know what to do. The future seemed completely black. I stopped my business then,” she told Fortune.

But by June, Smirina started operating again with her staff and manufacturers scattered across Ukraine.

“I wanted to support my staff, our military forces and keep my brand alive,” she said.

The electricity shortages have created operational difficulties. Nastya Glukchovska, Hochusobitake’s Kyiv-based sales manager, aims to respond to customer inquiries on Instagram—the platform where the brand sells the bulk of its products—within seven minutes, otherwise the sales lead “gets cold,” she said. But the Russian attacks have frequently left Kyiv without internet for four to eight hours daily, on average, meaning her response times could be delayed by hours. The company’s two seamstresses now cut fabrics at home by candlelight.

They ration their electricity for sewing machine use, and make sure to sew quickly.

Just yesterday, Glukchovska texted Smirina: “We are sitting [here] without water and electricity for the whole weekend.”

Kyiv-based Creative Depo, which manufactures Ukraine-branded t-shirts, hoodies, and smartphone cases (President Zelenskyy has worn its t-shirts) in southeast Dnipro, has similarly adapted their manufacturing schedules to work around the government-planned outages, co-founders Yurii Zhaivoronok and Denys Levchenko told Fortune. Blackouts, which often occur at least two to three times per day, “critically affects” team productivity and their ability to produce merchandise and send out orders quickly, and waiting times have increased.

The fact that its business operations may stay this way for a long-term basis is “hard to deal with [emotionally],” Zhaivoronok said. But throughout the war, they learned to be flexible and “adapt to the current situation to… solve problems quickly,” he said.

He has ensured that his staff are equipped with portable chargers, back-up generators, flashlights, candles, and extra water supplies. If employees are experiencing major electricity and heat disruptions, “we have ready places where the internet and electricity are permanently available… [where] they and their families can comfortably work and live” for short and long stays, he told Fortune. Kuguk’s teams have also come to rely on Starlink satellite systems—provided by Elon Musk’s SpaceX—for “constant access to the internet,” he said.

As he tries to operate with limited power, Gyrin is struggling to buy generators for his clinics. The cost of one 30-kilowatt generator has now doubled to $30,000 from pre-war times, while delivery times have jumped to two weeks from next-day delivery, Gyrin said.

In mid-October, DTEK estimated that it needed $40 million to fix and replace damaged equipment, but that number is “continuing to grow.”

“We’re still estimating the damage from the latest attacks, but it’s already obvious that it’s hundreds of millions of dollars,” Antosha said. Russia pummelled Ukraine with the largest wave of missile attacks in a month on Tuesday, with power supplies and internet connection disrupted in several Ukrainian regions; Zelenskyy said the north and central parts of Ukraine were the worst affected.

Western countries have provided roughly $96.3 billion in loans, military and humanitarian aid to Ukraine from February to October, according to estimates from German research group the Kiel Institute for the World Economy. But Ukraine will need hundreds of billions to rebuild post-war, part of which will be used to create a clean power grid truly independent of Russia.

For now, business owners like Smirina say it’s more important than ever to keep their companies running: “It’s devastating if you think about [the war] all the time,” she said. To keep people employed is to “light the fire of hope inside of them… to support themselves and to be useful to our country,” she said.

Hochusobitake donates 10% of its proceeds to the Ukrainian army; Creative Depo gives half of its profits and has bought bulletproof vests for Ukrainian soldiers. But more importantly than their donations,  Ukraine-registered businesses also pay taxes, which helps the Ukrainian government finance its military.

“This is our economic front,” Kuguk said. He stressed that continuing to operate and paying taxes is the “most important thing a businessperson can do now.”

Half of Gyrin’s pre-war clients have now left Ukraine. Now, it performs surgeries and offers rehabilitation services for Ukrainian soldiers and refugees.

“We have a lot of patients who trust us [and] a lot of employees we are working with. We can’t let them down,” Gyrin said.

Sign up for the Fortune Features email list so you don’t miss our biggest features, exclusive interviews, and investigations.

Innovation vs. rebranding: How to choose the best change for your business

The Global Population Is Aging. Is Your Business Prepared?