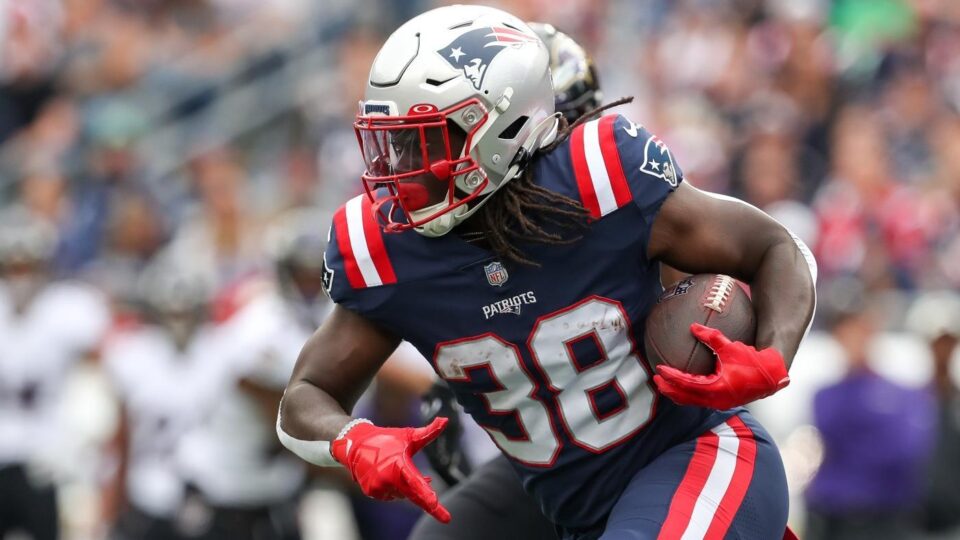 When it comes to ranking players, SportsLine’s model beat human experts in Fantasy football for the past several seasons especially when there were big differences in ranking. Over the course of a season, that could literally be the difference between winning your league or going home empty-handed.

Last week, the model was extremely high on Bears quarterback Justin Fields, saying he’d finish as a top-five player at his position. The result: Fields completed 12 of 20 passes for 167 yards and two touchdowns and gained 147 rushing yards and two scores on 13 carries in Sunday’s loss against the Lions. Anybody who had him in their lineup was well on their way to a huge week.

Now, the model, which simulates every NFL game 10,000 times, has revealed its Fantasy football rankings for Week 11 of the 2022 NFL season. Head to SportsLine now to see them.

Top Week 11 Fantasy football picks  One player the model is high on this week: Patriots running back Rhamondre Stevenson. Fellow New England back Damien Harris has missed two of the last four games, but Stevenson has looked like the primary option in the backfield since Week 5. Since then, Harris has had just 18 carries, while Stevenson has 86 for 407 yards and three touchdowns. During that stretch, he’s also made 24 receptions for 170 yards and another score.

In Week 11, the Patriots return from a bye to face the New York Jets, who were also off last week. Last year, New York was blown out by New England following its bye in a game where Harris rushed for 106 yards and two touchdowns on just 14 attempts. Stevenson finished with 142 total yards against the Jets on 23 touches in Week 8, and the model projects that he will finish as a top-15 Fantasy running back with a similar showing in Week 11. See who else to target here.

And a massive shocker: Cowboys quarterback Dak Prescott, who’s thrown for 515 yards and five touchdowns in his last two outings, stumbles big-time and doesn’t even crack the top 10 at his position.

Prescott has been playing well since returning from injury, but the Cowboys have a tough matchup against the Vikings on Sunday. Minnesota’s defense has given up one touchdown pass or less in three of its last four home games. With such a tough matchup on Sunday, Prescott is a player to consider putting on the bench in Week 11. See who else to fade here.

So who should you start and sit this week? And which surprising quarterback could lead you to victory? Visit SportsLine now to get Week 11 Fantasy football rankings for every position, plus see which QB is going to come out of nowhere to crack the top 10, all from the model that has outperformed experts big-time.