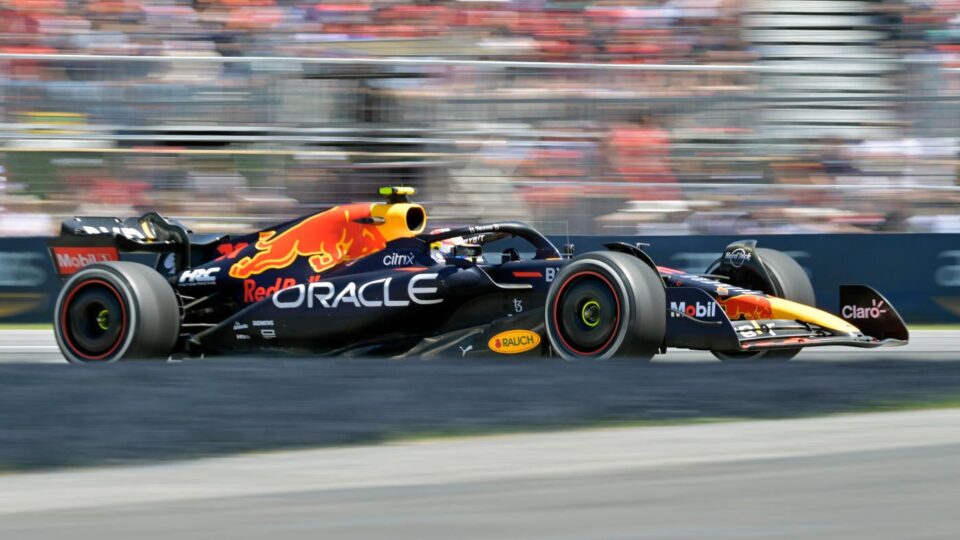 The 2022 Etihad Airways Abu Dhabi Grand Prix at the Yas Marina Circuit is the final race on the 2022 Formula 1 schedule and it will also double as the farewell race for four-time world champion Sebastian Vettel. The 35-year-old is a 53-time grand prix winner with three wins in the Abu Dhabi Grand Prix to his name and he has announced that he’ll be retiring after the season. The Aston Martin driver sits 11th in the 2022 F1 standings but he’d love a finish inside the points to end his Formula One career with the green flag scheduled to drop at 8 a.m. ET on Sunday.

Max Verstappen has already sewn up the championship and set a new all-time record for grand prix wins in a season (14), but he’ll certainly be pushing for a historic 15th win as the -110 favorite in the 2022 Abu Dhabi Grand Prix odds from Caesars Sportsbook. George Russell gave Mercedes its first win of the season last week and he’s listed at 11-2 in the F1 odds this week but his teammate Lewis Hamilton is second favorite at 11-4. Before analyzing the 2022 Abu Dhabi Grand Prix starting grid and making any Formula 1 picks, be sure to check out the latest 2022 Abu Dhabi GP predictions and betting advice from SportsLine’s proven projection model.

Developed by daily Fantasy pro and SportsLine predictive data engineer Mike McClure, this proprietary Formula 1 prediction model simulates every race 10,000 times, taking into account factors such as track history and recent results. It’s had a strong history of success in motorsports, correctly predicting seven winners during the 2021 NASCAR season and its projected leaderboards have forecasted winners across multiple racing formats.

The model has been scorching hot when it comes to picking Formula 1 race events dating back to 2021. It nailed both of Leclerc’s wins in 2022, and at the 2021 Mexican Grand Prix, the model was strongly backing Verstappen as its top pick. The result: Verstappen dominated the field and ran away with a surprise victory. The model followed that up by calling Verstappen’s win at the Rolex Emilia Romagna GP in April and then nailed his wins again in Belgium, the Netherlands, Japan, the United States and Mexico. He also nailed Leclerc’s podium finish for a +190 payout in Austin. Anyone who followed the model’s lead on those plays has seen huge returns

Top 2022 Formula 1 Abu Dhabi GP predictionsOne massive shocker: the model is fading Sergio Perez even though he is in a battle for second in the standings and listed at 12-1 in the Abu Dhabi Grand Prix odds. The 32-year-old Red Bull Racing driver is locked in a dead heat with Ferrari’s Charles Leclerc for second in the 2022 F1 standings with exactly 290 points. And with Verstappen metaphorically lapping the field this season, both drivers will be eager to prove themselves as the best of the rest.

However, Perez has been extremely inconsistent of late, finishing off the podium in eight of his last 13 races including a very disappointing seventh-place finish in Brazil last week. He finished 15th in the Abu Dhabi Grand Prix last season, was retired the year prior and has never had a podium finish in 11 attempts at Yas Marina. The model is predicting he struggles again and finishes outside the top five with Leclerc ultimately finishing ahead to earn runner-up honors for the season. See who the model is backing right here.

How to make 2022 Abu Dhabi Grand Prix picksThe model is also targeting one double-digit longshot to make a surprising surge up the leaderboard. Anyone who backs him could hit it big. You can find out who he is, and see all of the model’s F1 picks and predictions at SportsLine.

So who wins the Abu Dhabi Grand Prix 2022? And which under-the-radar drivers makes a charge towards the front? Check out the latest 2022 F1 odds below, then visit SportsLine now to see the full projected 2022 Abu Dhabi Grand Prix leaderboard, all from the model with a proven history of auto racing success, and find out.