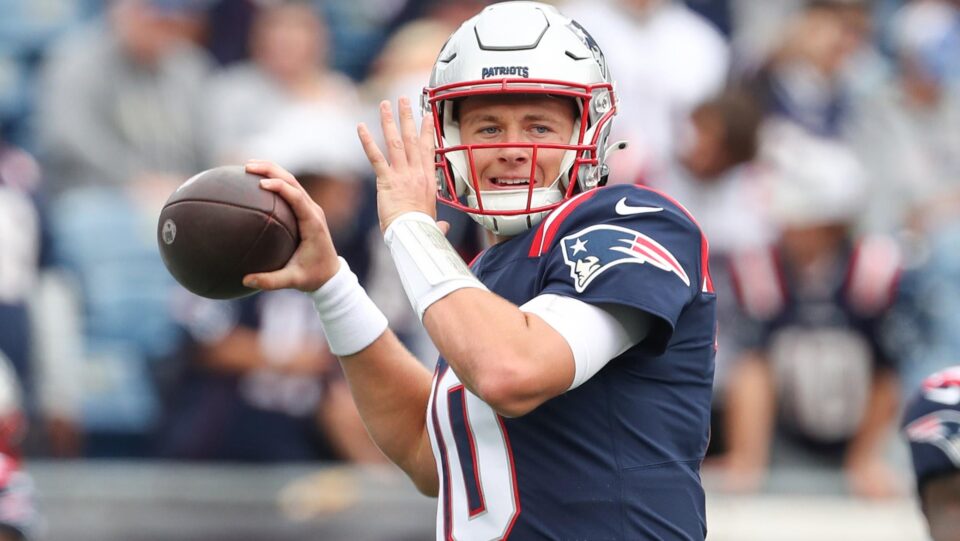 Over the past several weeks, Bears quarterback Justin Fields has evolved into one of the most exciting young players in the NFL, and newfound offensive optimism has rejuvenated Chicago’s fanbase. However, the Bears have lost three of their last four games while scoring at least 29 points the last four weeks. The latest Week 11 NFL odds from Caesars Sportsbook list the 4-6 Falcons as three-point favorites at home, but can a stagnant Atlanta offense keep pace with the suddenly dynamic Bears? Meanwhile, Washington is riding high after knocking off the undefeated Eagles last week, but is only a three-point favorite against the Texans in the Week 11 NFL spreads. Which NFL office pool picks and NFL survivor picks should you make? All of the Week 11 NFL lines are listed below, and SportsLine’s advanced computer model has all the NFL betting advice and predictions you need to make the best Week 11 NFL picks now.

The model also ranked in the top 10 on NFLPickWatch four of the past six years on straight-up NFL picks and beat more than 94% of CBS Sports Football Pick’em players four times during that span. Anyone who has followed it is way up.

Now, it has turned its attention to the latest Week 11 NFL odds and locked in picks for every NFL matchup. Head here to see every pick.

The Patriots enter Sunday’s showdown giving up just 18.4 points per game, which ranks sixth in the NFL. New England held the Jets to 17 points in the first meeting this season, a 22-17 victory on the road. The Patriots forced Jets quarterback Zach Wilson to throw three interceptions that day, and SportsLine’s model expects he’ll struggle again on Sunday, projecting he’ll throw for fewer than 200 yards. That’s a big reason why New England covers the spread well over 60% of the time, with the Over (38.5) hitting in over 50% of simulations. See which other teams to pick here.

Top Week 11 NFL survivor picksThe model’s Week 11 NFL knockout pool picks say to avoid the Commanders, even though they are favorites over the Texans. Houston has two scheduling advantages in this contest: is playing at home and faces a Washington team on a short week after the Commanders played on Monday. Additionally, the single most dynamic player on the field may play for Houston, Offensive Rookie of the Year favorite Dameon Pierce.

The fourth-round running back has averaged nearly 100 rushing yards over his last six contests, while the Commanders have given up over 110 rushing yards over their last five games. Houston has also been surprisingly strong against the pass this year, as its nine passing TDs allowed are the second-fewest in the NFL. That will make it tough for backup Taylor Heinicke to find the end zone, and Washington’s offense already struggles in key situations, ranking among the bottom six in third-down and fourth-down conversion percentage. See which team you should pick here.

Top Week 11 NFL office pool picksOne of the strongest Week 11 NFL football pool picks from the model is that the Ravens beat the Panthers. If you’re making NFL confidence pool picks, chances are that you’re betting big on the Ravens this week since the largest favorites (12 points) on the Week 11 NFL schedule. The model is predicting that Baltimore comes out on top at home in well over 70% of simulations.

The Ravens are on a three-game winning streak entering Sunday and the defense has buttoned up after a difficult three-game stretch to open the season. Baltimore has allowed 350 yards or fewer in its last six games and has been particularly stifling against the run. The Ravens rank third in run defense and you can expect them to load the box to stop D’Onta Foreman with Carolina averaging only 176.2 passing yards per game. Meanwhile, the model is predicting that the Ravens rush for well over 160 yards coming off a bye week. See which other teams to pick here.

How to make Week 11 NFL picksThe model has also made the call on who wins and covers in every other game on the Week 11 NFL schedule, and it also says a Super Bowl contender goes down hard. It’s also backing a shocking team in its NFL survivor picks. You can only get every pick for every game at SportsLine.

So what NFL predictions, NFL pool picks, and NFL survivor picks can you make with confidence? And which Super Bowl contender goes down hard? Check out the latest NFL odds below, then visit SportsLine to see which teams win and cover the spread, all from a proven computer model that has returned well over $7,000 since its inception, and find out.

Hey Not the Face! 05: Breaking down the Ali Act

Over half of Mississippi’s rural hospitals risk closing