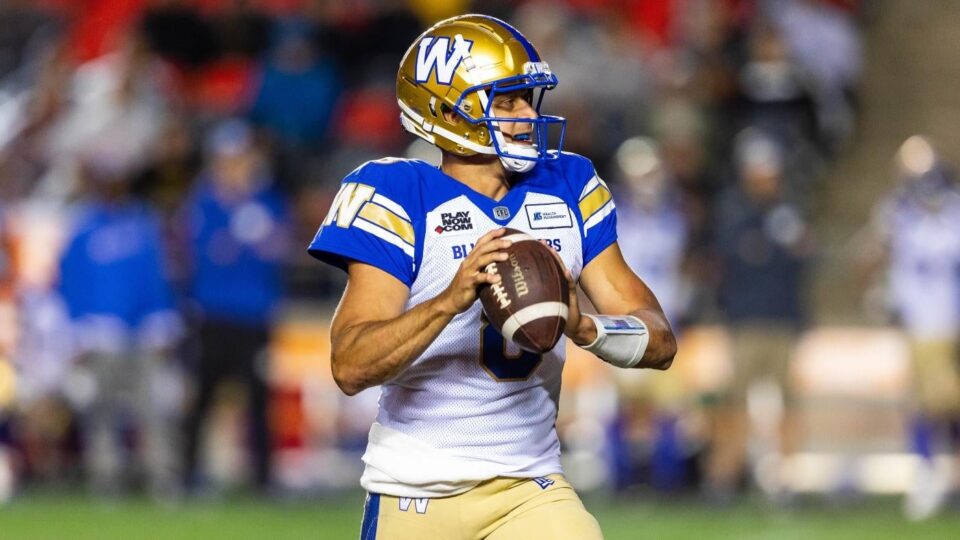 The Canadian Football League will crown its champion on Sunday when the Winnipeg Blue Bombers and Toronto Argonauts collide in the 2022 Grey Cup at Mosaic Stadium in Regina, Saskatchewan. The Blue Bombers (16-3) are the two-time defending champions, having won the Grey Cup in 2019 and ’21. (There was no 2020 season because of the COVID-19 pandemic.) They own the best record in the CFL. Meanwhile, the Argonauts (12-7) have won more Grey Cups (17) than any other franchise. They won the East Division this season by two games over Montreal.

Kickoff is at 6 p.m. ET. Winnipeg is a 5.5-point favorite in the latest Blue Bombers vs. Argonauts odds from Caesars Sportsbook, while the over/under for total points scored is 48. Before you make any Argonauts vs. Blue Bombers picks or Grey Cup 2022 predictions, you need to see what SportsLine’s Emory Hunt has to say.

Hunt is the founder and CEO of Football Gameplan, which has been supplying analysis of all levels of football since 2007, and a former running back at Louisiana-Lafayette. He knows the game from a player’s perspective.

Now, Hunt has analyzed the 2022 Grey Cup from every possible angle and locked in his best bets for Blue Bombers vs. Argonauts. You can head to SportsLine to see his picks. Here are several betting lines for Argonauts vs. Blue Bombers:

Why the Argonauts can coverToronto has one of the best passing offenses in the league. Led by quarterback McLeod Bethel-Thompson, Toronto averages 279 passing yards per game, which ranks second in the CFL. In last week’s East Division win over Montreal, the Argonauts passed for 345 yards and three touchdowns.

In addition, Toronto has a history of success in the Grey Cup. In addition to owning a record 17 Grey Cup victories, the Argonauts have won their last six appearances in the championship game. They have not lost in the Grey Cup since falling to Edmonton in 1987. See which side to back here.

How to make 2022 Grey Cup picksHunt has analyzed this matchup and while we can tell you he’s leaning Under the total, he has discovered a crucial x-factor that makes one side of the spread a must-back. He’s sharing it only at SportsLine.

Who wins the 2022 Grey Cup? And what critical factor makes one side of the spread a must-back? Visit SportsLine now to see which side of the Blue Bombers vs. Argonauts spread you should jump on.