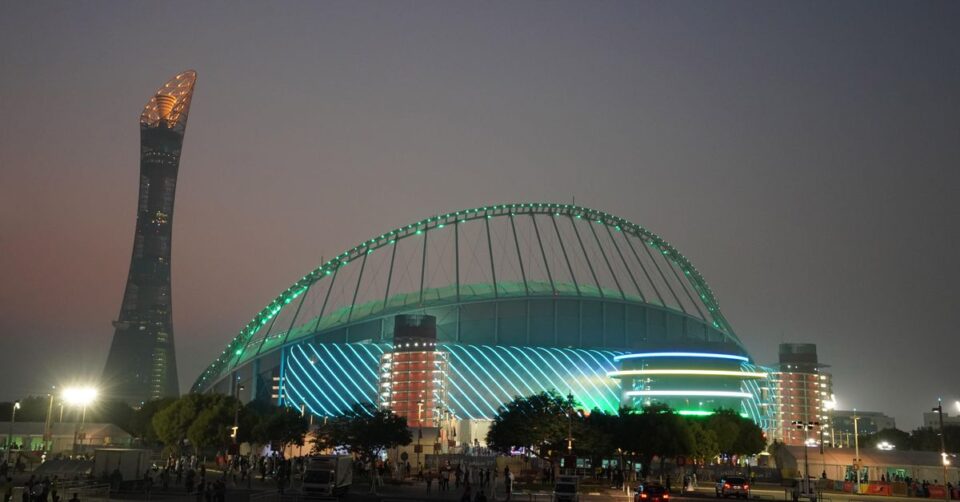 The 2022 FIFA World Cup is set to get underway this weekend, with the first match taking place on Sunday when Qatar, the host nation, squares off with Ecuador in Group A action. That match begins nearly a month-long march towards the World Cup Final, scheduled for December 18th.

There are no shortage of storylines for this year’s World Cup. From the final run for legend Lionel Messi, to questions over what kind of form we will see from Cristiano Ronaldo, to the absence of the reigning European champions Italy, the next month is sure to be filled with incredible action on the pitch.

What happens off the pitch, however, is a whole different story.

For those just getting into World Cup action for the first time, or those needing a refresher, we have something you might be looking for.

How extra time works at the World Cup.

Group stage
During the group stage of the World Cup, there is no extra time, nor is there a penalty shootout. If a match is tied at the end of regulation, and after any stoppage time added on by the referee, then the match ends in a draw.

Each team is awarded a point in the group standings in the case of a draw.

Knockout stage
Once the World Cup advances to the knockout stage, beginning with the Round of 16, everything changes. That is when extra time comes into play. If a match is tied after the end of 90 minutes — plus any added stoppage time — then the teams will play an additional 30 minutes of extra time.

The 30 minutes will be broken up into two 15-minute periods.

Also, there is no “Golden Goal” rule for the 2022 FIFA World Cup. In both the 1998 and the 2002 World Cups, the first goal in extra time would eliminate the match. The first “Golden Goal” in World Cup history came in 1998, when Laurent Blanc scored for France in the Round of 16 to defeat Paraguay.

During the 2002 World Cup, İlhan Mansız notched a “Golden Goal” for Turkey, pushing them past Senegal in the Quarter-finals. That was the last “Golden Goal” at the World Cup.

If the teams are still level after the end of the 30 minutes of extra time — again including any stoppage time added at the end of each of the 15-minute periods — then the match will advance to a penalty shoot-out.

The first World Cup match to advance to a penalty shoot-out came back in 1982, in a Semi-finals match between West Germany and France. The match was knotted a 1-1 at the end of 90 minutes, but the teams combined for four goals in extra time to send the match to a shoot-out. The shoot-out was tied at four apiece when French keeper Jean-Luc Ettori stopped a try from West German midfielder Uli Stielike, giving France the advantage.

But West German keeper Harald Schumacher picked his teammate up — literally and figuratively — stopping the next French attempt. That kept West Germany alive, and the shoot-out continued. Shortly thereafter, France’s Maxime Bossis then had his attempt knocked aside by Schumacher. West Germany’s Horst Hrubesch then pushed his attempt past Ettori, sending West Germany through to the Final with a victory on penalties, 5–4.

During the 1994 World Cup, fans witnessed the first World Cup Final to be determined by a penalty shoot-out. That was also the first World Cup to take place in the United States. After 90 minutes of action between Italy and Brazil, the teams advanced to extra time with score knotted at nil-nil.

Thirty minutes of additional time could not break the deadlock, and the match advanced to a penalty shoot-out with the score still tied at zero.

The shoot-out began in ignominious fashion for Italy, as captain Franco Baresi fired his shot high and over the bar, a miss that foreshadowed the ending to the World Cup Final. Brazil center-back Márcio Santos was up first for his side, but his low shot to the left was parried by Italian keeper Gianluca Pagliuca.

The teams each converted their next two tries, putting the shoot-out at 2-2.

That’s when Italy’s Daniele Massaro stepped to the spot. During his club season, playing for AC Milan in the Champions League Final, Massaro knocked home a pair of goal in the first half against Barcelona, staking his side to an early 2-0 lead. Milan would go on win by a final score of 4-0.

Massaro would not be as fortunate in Los Angeles, as his shot was stopped by Brazilian keeper Cláudio Taffarel.

Following the save by Taffarel, his teammate and captain Dunga stepped to the spot. Brazil’s midfielder put his attempt into the bottom left corner of the net, sliding it past Pagliuca to give his team the lead.

It was up to his counterpart, Italian captain Roberto Baggio:

Baggio’s shot rocketed over the crossbar, delivering the title to Brazil. It was a heartbreaking moment for the captain, who played with a hamstring injury that would require an injection before the World Cup Final.

The most recent World Cup Final to advance to a penalty shoot-out came in 2006, between Italy and France. Italy would hoist the trophy, winning the match 5-3 during the shoot-out. However, that match is known more for the performance from French captain Zinedine Zidane, who scored this cheeky penalty shot early in the match:

Zidane would not be around for the penalty shoot-out, however. In extra time the French captain, after exchanging words with Italian defender Marco Materazzi, wheeled around and headbutted Materazzi in the chest. Zidane would receive a red card, ending both his match, and his professional career.

Qatar Embraced Its Big World Cup Moment, but Didn’t Like the Ending