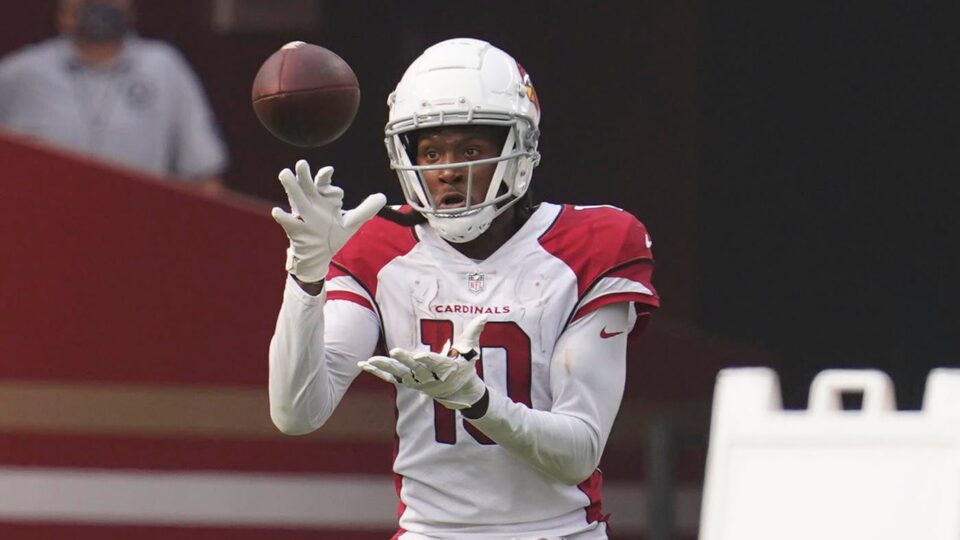 Estadio Azteca will host the fourth-ever NFL game in Mexico on Monday Night Football. The Arizona Cardinals and San Francisco 49ers will square off in a rematch of the first NFL game played outside the United States, with the Cardinals beating the 49ers in Mexico City in 2005. Arizona won both matchups against San Francisco during the 2021 season, but the Cardinals are just 4-6 to begin the 2022 campaign. The 49ers are 5-4 overall after back-to-back wins. Cardinals quarterback Kyler Murray is inactive with a hamstring injury.

Kickoff is set for 8:15 p.m. ET. San Francisco is a 10-point favorite in the latest Cardinals vs. 49ers odds from Caesars Sportsbook, and the Over/Under for total points scored is 43. Before you lock in any 49ers vs. Cardinals picks or NFL Week 11 bets, you have to check out the NFL predictions from the SportsLine Projection Model.

The model also ranked in the top 10 on NFLPickWatch four of the past six years on straight-up NFL picks and beat more than 94% of CBS Sports Football Pick’em players four times during that span. Anyone who has followed it is way up.

Now, the model has broken down Monday night’s 49ers vs. Cardinals matchup. You can head to SportsLine to see the picks. Here are some betting lines and trends for Cardinals vs. 49ers:

Cardinals vs. 49ers spread: San Francisco -10Cardinals vs. 49ers Over/Under: 43 pointsCardinals vs. 49ers money line: San Francisco -480, Arizona +360SF: Niners are 48-47-1 ATS (50.5%) under coach Kyle Shanahan (since 2017)AZ: Cardinals are 31-27-2 ATS (53.4%) under coach Kliff Kingsbury (since 2019).Why the 49ers can cover The 49ers are 3-0 against the spread in division games this season and have the NFL’s best defense in terms of total yardage. They allow 281 yards per game and yield 18 points per contest (fourth). They also get after the quarterback, posting 29 sacks, fifth-most in the NFL. Nick Bosa is tied for second with 9.5 and leads the NFL with 24 quarterback hits. Arizona’s quarterbacks have been taken down 27 times, so the pressure will be on all night.

Arizona’s offense is 13th in scoring (23 points) and 19th in yards (334), while they yield almost 358 yards (23rd) and 26 points (30th). Running back Christian McCaffrey has 226 total yards and three TDs in the past two games, and quarterback Jimmy Garoppolo has plenty of elite options in the passing game. Deebo Samuel (576 total yards), Brandon Aiyuk (567 receiving) and George Kittle (29 catches) should find seams in a Cardinals defense that allows 247 passing yards per game (23rd). See which team to pick here.

Why the Cardinals can cover Arizona has uncertainty at quarterback with Kyler Murray inactive with a hamstring injury. However, the Cardinals have a star wide receiver that makes life easier on backup Colt McCoy. DeAndre Hopkins is a five-time Pro Bowler and three-time All-Pro who ranks in the top three among active players in career receptions, receiving yards, and receiving touchdowns. Hopkins is averaging nine catches per game this season and has 396 receiving yards since debuting in Week 7, the third-most of any player over that span.

Arizona is scoring 23.0 points per game, an above-average mark, and the Cardinals are better than average in first downs (206) and red zone efficiency (60.0%). The Cardinals are also in the top five in turnover avoidance, committing only nine giveaways, and San Francisco has only 10 turnovers created on defense in nine games. See which team to pick here.

How to make Cardinals vs. 49ers picks The model has broken down Monday Night Football’s Cardinals vs. 49ers matchup from all angles. It is leaning Under the total, with the model suggesting turnovers could derail the offenses. The model also has a strong against the spread pick, saying one side cashes well over 50 percent of the time. You can only get the picks at SportsLine.