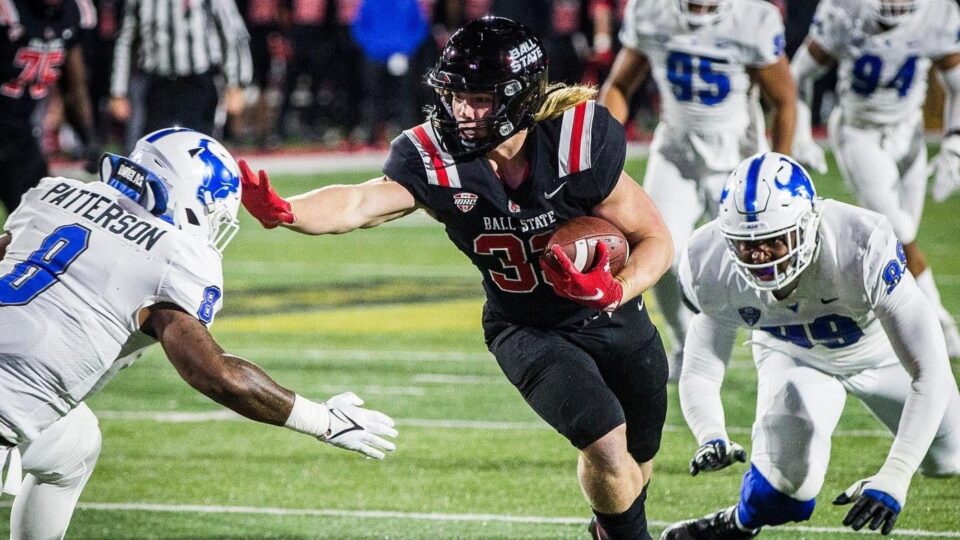 Kickoff from Yager Stadium in Oxford is set for 7 p.m. ET. Caesars Sportsbook lists the RedHawks at -3 in Ball State vs. Miami (OH) odds, while the over-under for total points is 44. Before locking in any Miami vs. Ball State picks or MACtion predictions, you need to see what the SportsLine Projection Model has to say.

The SportsLine Projection Model simulates every FBS college football game 10,000 times. Over the past six-plus years, the proprietary computer model has generated a stunning profit of almost $3,000 for $100 players on its top-rated college football picks against the spread. Anyone who has followed it has seen huge returns.

Now, the model has set its sights on Miami (OH) vs. Ball State and locked in its MACtion picks and predictions. You can visit SportsLine now to see the model’s picks. Here are the odds and college football betting lines for Ball State vs. Miami (OH):

Why Ball State can coverBall State’s offense is powered by the ground game. The Cardinals have some maulers up front who can create gaping holes. They roll into this matchup ranked sixth in the conference in rushing (145.7). Sophomore running back Carson Steele is the leader in the backfield. Steele has shown the ability to break arm tackles and get yards after contact.

The Indiana native utilizes his great vision to find his way to the second level and create big runs. He’s leading the conference in rushing (1,376) and yards per game (125.1). Steele has rushed for 120-plus yards in six games thus far. On Nov. 8, he logged 28 carries for 198 yards and three touchdowns.

Why Miami (OH) can coverFreshman quarterback Aveon Smith is a dual-threat weapon for the RedHawks. Smith has flashed his athleticism, making plays with both his arm and legs. The South Carolina native is shifty in open space and can evade defenders. Smith has thrown for 920 yards with eight passing touchdowns. Additionally, he’s rushed 419 yards and another five touchdowns. In his previous game, he threw for 185 yards with one passing touchdown. He also rushed for 105 yards and two scores.

Sophomore running back Keyon Mozee is the smaller ball carrier (5-foot-7, 179 pounds) who can hide behind his blockers before bursting through the hole. Mozee has good agility and gets downhill in a hurry. The Missouri native has 106 carries for 455 yards and two touchdowns. On Oct. 29, he finished with 52 yards and a touchdown.

How to make Miami (OH) vs. Ball State picksSportsLine’s model is leaning Over on the total, projecting 46 combined points. It also says one side of the spread has all the value. You can only get the model’s picks at SportsLine.