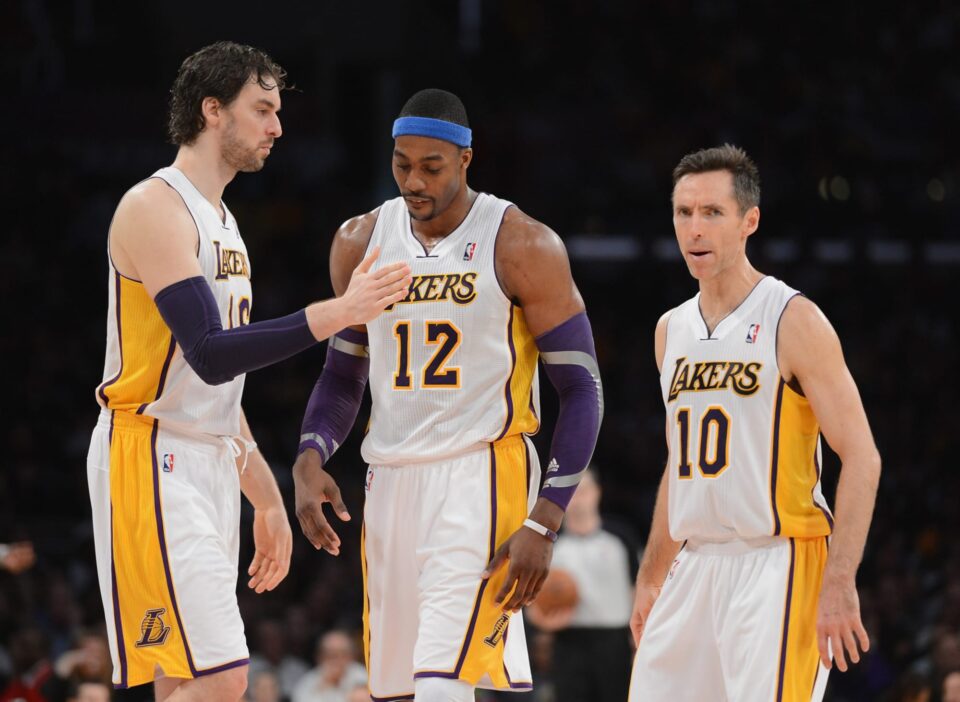 The Los Angeles Lakers have made some rough moves in the last decade. What 10 trades and free agent signings would they most like a do-over on?

The Los Angeles Lakers are one of the most successful franchises in NBA history. They are not only tied with the Boston Celtics for the most championships for a single franchise, with 17, but they have spread out the wealth, winning titles in seven different decades. Key to many of those titles were timely trades and free-agent signings.

Shaquille O’Neal was signed in free agency and he and Kobe Bryant won three championships in a row from 2000-02. Pau Gasol came aboard via trade to team up with Kobe for two more. The five titles in the 1980s came in large part due to Kareem Abdul-Jabbar, who arrived in a trade, and Magic Johnson, who was drafted with a pick the Lakers acquired via trade. The 2020 title-winning roster was almost entirely built from players added from trades and signings, from LeBron James and Anthony Davis to Kentavious Caldwell-Pope and Rajon Rondo.

Unfortunately for the Lakers and their fans, the incredible run of winning transactions for so much of NBA history has taken a turn in the last 10-12 years. Since winning the title in 2010 the Lakers have made a series of moves ranging from puzzling to painful, and in multiple offseasons moved heaven and earth just to come out behind.

Let’s illustrate with some examples. Just how bad have the deals of the last ten years (11 seasons) been? Starting from small deals that fell flat and ending with a huge trade that sunk a championship contender to the bottom of the league, let’s look at the 10 worst trades and free agent signings of the last decade. How badly would the Lakers like a do-over on these deals?

First, one note on the Anthony Davis trade of 2019. That deal will not show up on this list, despite how up-and-down things have been with Davis, especially in regard to poor health, since he arrived. The Lakers gave up a king’s ransom to add Davis, and are still paying out. Would the Lakers be better off with Lonzo Ball, Josh Hart, Brandon Ingram and players such as De’Andre Hunter and Dyson Daniels (with more still to come)? Probably, but they also probably would not have the 2020 championship. Banners fly forever, and that trade brought the Lakers a title, so it’s not going to crack this list even if it was an overpay.

Pro Football Hall of Fame Class of 2023: Ranking the 28 semifinalists