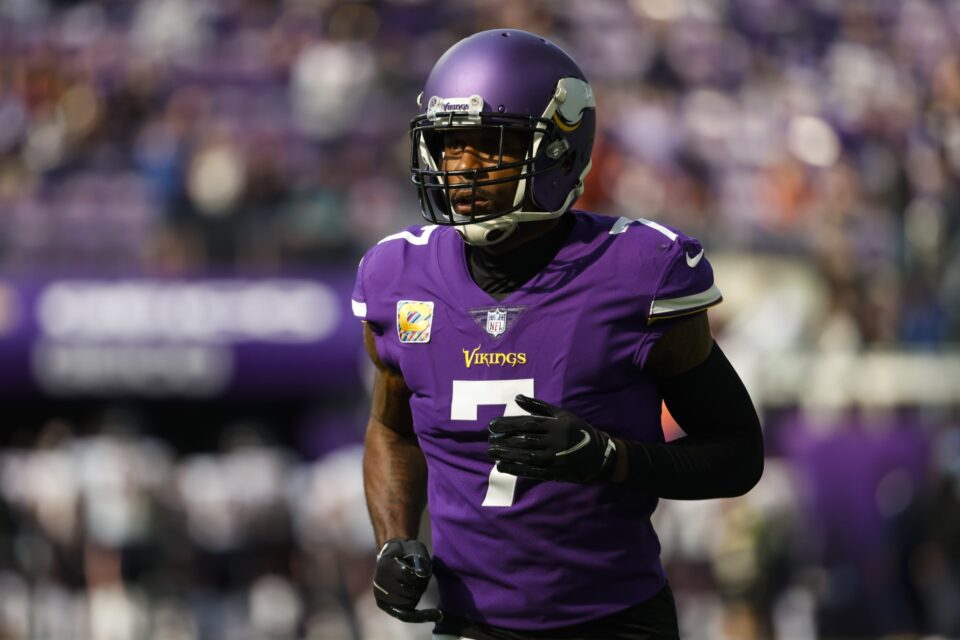 MINNEAPOLIS – OCTOBER 09: Patrick Peterson #7 of the Minnesota Vikings looks on before the start of the game against the Chicago Bears at U.S. Bank Stadium in Minneapolis, Minnesota. The Vikings defeated the Bears 29-22. (Photo by David Berding/Getty Images).

This Thursday, the NFL will host their annual three games on Thanksgiving. The primetime game of the holiday will be between the Minnesota Vikings and the New England Patriots. Throughout the week, we have seen NFL players help out for the Thanksgiving Day holiday.

Ahead of the Vikings-Patriots game, Vikings cornerback Patrick Peterson continued a Thanksgiving tradition that he has held since 2014 when he was a member of the Arizona Cardinals. This week, he, Vikings safety Harrison Smith, and the Open Door Food Pantry helped distribute turkeys to 200 families in need in Minnesota. In addition to turkeys, Peterson provided free groceries to families.

You can check out Peterson’s work in the NFL’s tweets below:

Peterson provided more than just a turkey for each family to enjoy. Families were able to take home a variety of free groceries to stock up their pantries this Thanksgiving! pic.twitter.com/bpgdSL8lNp

““I want families to be able to partake in the Thanksgiving tradition by having a nice home cooked meal,” Peterson said. “With the platform and the position I am in, I want to be able to lend a helping hand.”

Vikings star Patrick Peterson helps distribute turkeys to 200 Minnesota families in need for ThanksgivingAs the NFL’s tweets mention, this is a tradition that he brought over from Arizona to Minnesota, and this is his second time holding the event as a member of the Vikings.

Peterson joined the Vikings back in 2021 on a one-year deal, and then re-signed with the Vikings for this season. The veteran has played a huge role in the team’s success. In Week 10, for example, as he recorded two interceptions, including the game-winner, against the Buffalo Bills.

The Vikings kickoff against the Patriots at 8:20 p.m. ET, live from U.S. Bank Stadium in Minneapolis, Minn.

Ahead of the holidays, Peterson continued his tradition of helping families in need have the best Thanksgiving possible.

The Download: Twitter’s toxicity, and what China’s protestors want