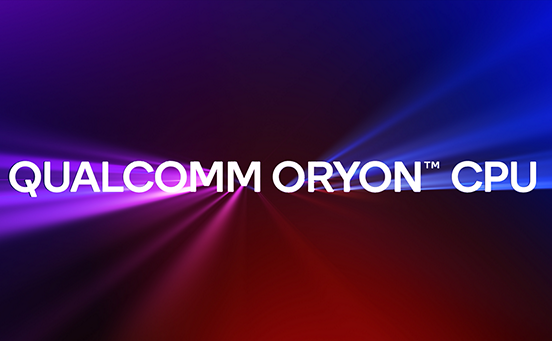 The Oryon CPU core will be compatible with the Snapdragon platform, so it should be powering Qualcomm’s upcoming Windows on Arm devices, but the technology can also be scaled for smartphones, AI-assisted driving, VR/AR and networking devices.

With the Nuvia acquisition, Qualcomm signaled that it has serious plans to take the mobile PC market by storm and eventually offer Arm-based in-house designed processors that are superior to Apple’s M models. In the meantime, Arm itself stepped in with a lawsuit that was incriminating Qualcomm of patent and license misuse, and it looked like Qualcomm’s ambitions could be cut short prematurely. However, this roadblock did not seem to affect Qualcomm, as the company recently reiterated its plans at the Snapdragon Summit, doubling down on a 2023 launch and even revealing that the custom processor core is to be known as Oryon.

A complete spec sheet for the upcoming Oryon CPU has not yet been shared by Qualcomm, but the SoC that will integrate the new cores is said to be derived from the existing Snapdragon platform, which has just been updated with the Snapdragon 8 Gen 2 SoC. Qualcomm is designing the custom Oryon CPU cores for “incredibly powerful and efficient devices” including Windows on Arm mobile PCs, smartphones, digital cockpits, AI-enabled driver assistance, extended reality and infrastructure networking solutions.

Earlier this month, specs for an upcoming Qualcomm processor codenamed “Hamoa” surfaced online with a CPU cluster that integrates eight performance cores and four efficiency cores. Apparently, this is based on a Nuvia Phoenix design and may very well be Qualcomm’s Oryon CPU. The “Hamoa” leak also mentioned memory and cache configurations similar to Apple’s M1 processor, plus an improved custom GPU core.

The mobile PC market could be in for a crowded 2023-2024 timeframe, as Qualcomm’s Oryon would need to compete not only with the usual Intel and AMD X86 suspects or Apple’s future M processors, but also with MediaTek’s Arm-based Kompanio SoCs and even SiFive’s RISC-V laptop CPUs.

I first stepped into the wondrous IT&C world when I was around seven years old. I was instantly fascinated by computerized graphics, whether they were from games or 3D applications like 3D Max. I’m also an avid reader of science fiction, an astrophysics aficionado, and a crypto geek. I started writing PC-related articles for Softpedia and a few blogs back in 2006. I joined the Notebookcheck team in the summer of 2017 and am currently a senior tech writer mostly covering processor, GPU, and laptop news.

What the Variety Staff Is Thankful for in Entertainment in 2022