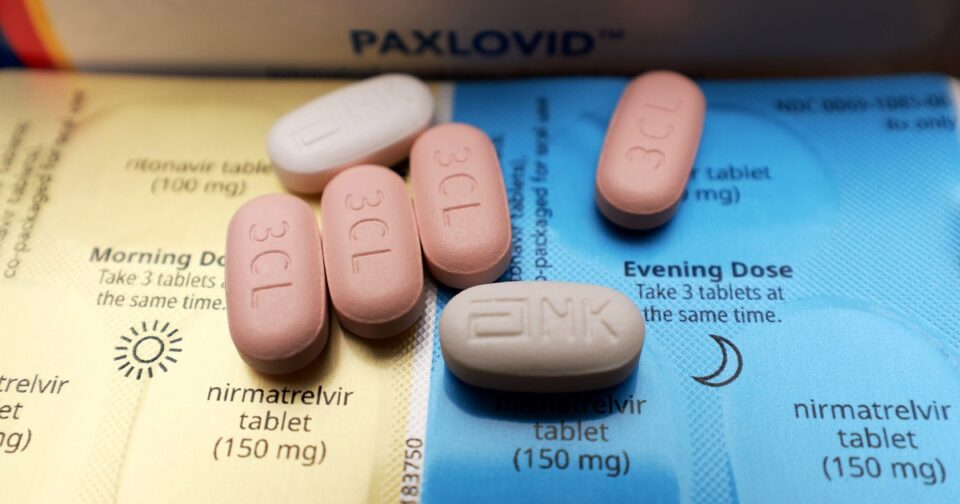 Paxlovid — the only medication people can take at home to treat an active case of Covid — is now being studied as a potential treatment for those who have remained sick months or even years following infection.

“There are people out there who are still suffering,” said Dr. Linda Geng, the co-director of the Stanford Post-Acute Covid-19 Syndrome Clinic in California. “We need to find effective therapies.”

There are no proven treatments for long Covid.

Full coverage of the Covid pandemic

Geng and her colleagues at Stanford Medicine have embarked on the first clinical trial to test whether Pfizer’s Paxlovid may help alleviate symptoms of ongoing fatigue, weakness or brain fog. The antiviral has already been shown to be effective in protecting against severe illness if used within five days of getting sick. It prevents the virus from replicating inside the body.

Could that same mechanism work long after the onset of symptoms?

No one knows exactly what causes the range of lingering issues associated with long Covid. One of the leading theories is that the body may be harboring problematic bits of leftover virus.

“There are clues that are accumulating,” Geng said, pointing to research that has detected the virus in the gut, as well as in stool and blood samples months after initial infection.

“It is known that Covid can go to multiple sites in the body,” she said. “The question is, does it set up shop there? And is it quiet enough so that our immune system is not getting rid of it adequately?”

Researchers hypothesize that Paxlovid may be able to make a measurable impact on that leftover virus, if that is indeed what causes long Covid.

Stanford’s study aims to enroll 200 adults who have had long Covid symptoms for at least three months, without a recent diagnosis of the disease.

Half of them will get the actual drug, while the others will get a placebo. While Paxlovid is generally given for five days, this study will have participants take it for 15. This is meant, in part, to address the possibility that the drug needs more time to work well. Many patients newly diagnosed with Covid have reported rebound symptoms after their typical five-day treatment course.

Results are expected sometime next year.

There is already evidence people who take Paxlovid for Covid are less likely to develop long-lasting symptoms. A Department of Veterans Affairs study published earlier this month found that people who got the antiviral right after their Covid diagnosis were 26% less likely than patients who did not take the drug to have ongoing symptoms three months later.

The findings of the VA study may not apply to everyone. All the participants were at least 60 years old or had other health problems that would increase their risk for complications.

Dr. Ziyad Al-Aly, a clinical epidemiologist at Washington University in St. Louis, led the study. The leading long Covid researcher said that while he is eager to see how Paxlovid does in the Stanford study, he suspects that the drug may not be useful after someone has already been suffering for a while.

“We really feel that with long Covid, you shouldn’t wait until you already have all of these problems to address them. We think that’s too late,” he said. “You want to nip it in the bud.”

Al-Aly’s team also plans to study Merck’s Covid antiviral, molnupiravir. That drug is authorized for use in the early days of an infection, but only in patients who for whatever reason cannot take Paxlovid.

The American Academy of Physical Medicine and Rehabilitation estimates that 29 million Americans have long Covid.

Some recover after weeks or a few months.

Others get worse, especially if they become re-infected, said Dr. Monica Verduzco-Gutierrez, the chair of the department of rehabilitation medicine at the Long School of Medicine at UT Health San Antonio. She is not involved with either the Stanford or the VA research.

“If they get sick again with Covid, they may start from square one, or even get worse,” she said.

Verduzco-Gutierrez said that studying Paxlovid in people with long Covid “makes sense” because “sometimes viruses hide in certain cells, and it’s hard to get to them.”

Will the drug be successful in killing off any remaining virus?

Bill Fimbres, 67, of Mountain View, California, was Stanford’s first participant in the Paxlovid trial, getting his first dose Monday. (He won’t know whether he received the real drug or a placebo until the study is over.)

He’s been struggling with the effects of long Covid for a year and a half. He still can’t smell or taste. He has extreme fatigue, trouble balancing and difficulty “thinking straight,” he said. “It’s like you have somebody else’s brain.”

Fimbres has tried naltrexone, a drug that usually treats addiction, to ease his brain fog without success. Otherwise, he said, his doctors haven’t had anything else to offer.

“If I could get rid of just one of my symptoms, that would be great,” he said.