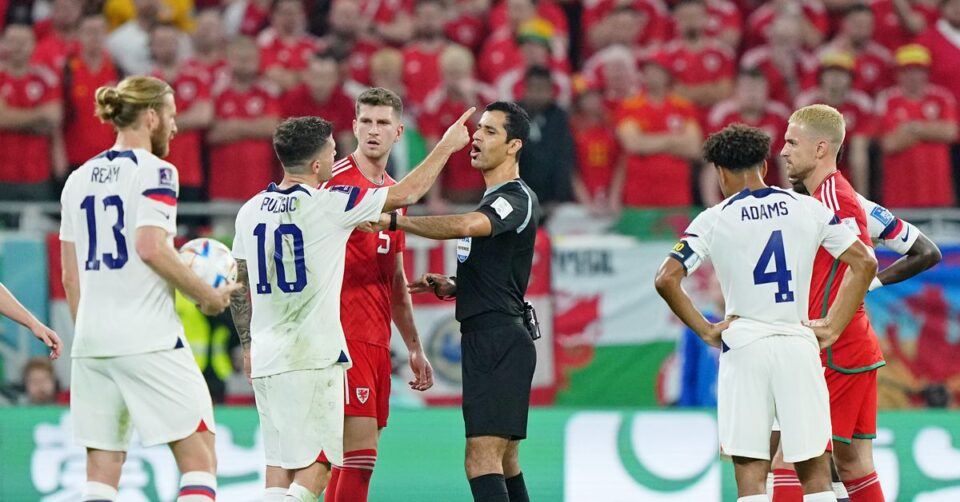 If you think there has been an abnormal amount of stoppage time at the FIFA World Cup in Qatar, your gut feeling is correct.

FIFA Referee Committee chairman Pierluigi Collina revealed the reason to ESPN for the seemingly exorbitant amount of time that is being added on at the end of the halves:

“What we already did in Russia, you may remember, is to more accurately calculate the time compensated at the end of each half. We told everybody, don’t be surprised as you will see the fourth official raising the electronic board with a big number on it: six, seven, eight minutes.” (ESPN)

Goal celebrations are also part of the stoppage time calculus.

“Think of a match where in a half there are three goals scored,” Collina added. “The celebration normally takes a one, one-and-a-half minutes. So with three goals to scored, basically you lose five, six minutes. (ESPN).

Outside of the World Cup, it is typical to see stoppage time amount to less than five minutes in either half. Anything more is normally an outlier and due to an injury that required a great deal of time to deal with it. But the World Cup is different.

This approach to stoppage time was highlighted during the second match day of the World Cup, which featured England vs. Iran, Senegal vs. the Netherlands, and USMNT vs. Wales.

For those who may not know, stoppage time and extra time are two different things. Stoppage time is the amount of time that the center referee tacks onto the end of the first and second halves. It is called “stoppage time” because the time is added on for stoppages in the flow of the game, such as injuries, goal celebrations, substitutions, emergencies in the crowd, yellow and red cards, and even heated arguments and fights between two teams.

You won’t see extra time in the group stages. Extra time consists of two 15-minute halves and is only initiated in the knockout stages when the scoreline is even after 90 minutes.

On Wednesday, the most ridiculous example of added time was during the Spain-Costa Rica matchup in group E. Center referee Mohamed Abdulla Hassan Mohd added eight minutes of extra onto the second half, even though the scoreline was 6-0 at that point. This lines up with what Collina said regarding goal celebrations, which Spain obviously did a lot throughout their World Cup opener. However, the game was gone at that point, and the players had to endure eight more minutes during a time when players are already playing an excessive amount of games.

The long stoppage time periods have led some online to make jokes.

I think it will be wise to plan to sit in front of your television for an extra 10-15 minutes every match.