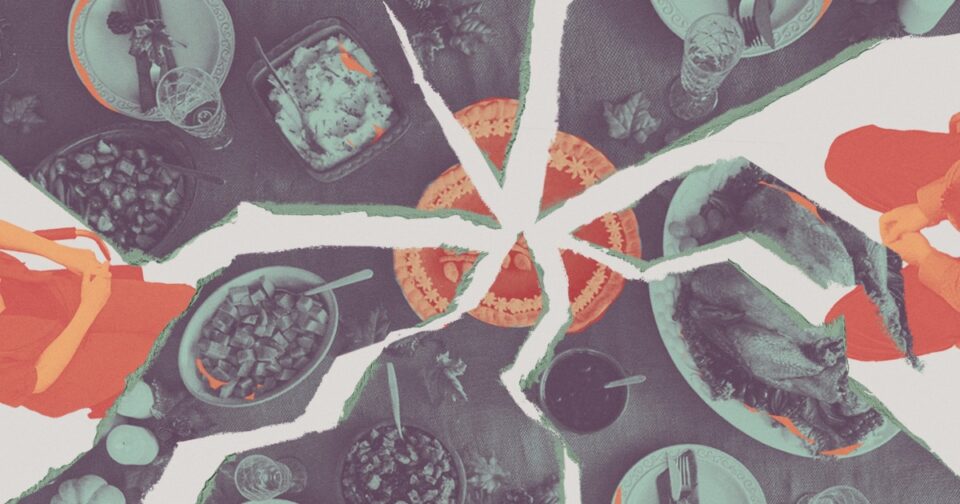 We had driven less than two hours to get to the diner of his choice, but the length of the trip could not be measured in miles. We were there to meet my brother and his wife. The invitation to see him after nearly 50 years with no communication was a clarion call I couldn’t refuse. My husband came along to lend me support, filled with curiosity to meet his brother-in-law.

The road between the last time I saw my brother, when he was in his early 20s and I a teenager, and now, with us both in our 60s, was paved with silence and severed ties. My family of origin had splintered apart in spectacular fashion in the 1960s. Our mother left the family when I was 12 after a series of violent fights with our father. Over the next six years, each of the other members of my family would leave. By my senior year in high school, I was living alone in what had been the family home.

I entered the diner having functioned as an only child for nearly 50 years. As the coffee in our cups grew cold, it was clear to me that wouldn’t change after we parted.

As the youngest in my family of five, I looked up to my oldest brother as little sisters often do. But there was a desperation beneath my love. He was the firstborn and the favorite child. Our middle brother was rebellious from an early age and someone I couldn’t trust. I had hoped my big brother would protect me. But he left soon after my mother to serve in the Navy during the Vietnam War. He never returned home, or even responded to the mail I sent him. I missed him so deeply that I kept writing him weekly letters, until they came back “address unknown.” A few years later, my middle brother would also leave without a trace.

For five decades, I would be denied the traditional family reunion that so commonly defines Thanksgiving through New Year’s. The holiday season sells many things, but at its core the message is one of gathering as families. Books, movies and theater are filled with the theme of welcoming the prodigal relative home.

But not all families follow this script. Mine was certainly not represented on the Hallmark Channel. As I approached a far different reunion of my own, I wondered if it would evoke even a bit of the warmth and reconciliation that reconvening over long distances is supposed to entail.

As I entered the diner, I found myself full of joyous rage. Questions swirled in my head as I tried to prioritize what I wanted to learn that day. I struggled with the possibility that rather than coming away with answers, I was on a fool’s errand and once again my desire for communication and closeness would be rebuffed.

My hope lay in the fact that my brother had initiated the meeting. After he discovered our mother had passed away by receiving a copy of her will from her lawyer, thanks to an address for him that I was able to track down, he wrote me a letter offering to get together. Thirty years earlier, when our father died, he had refused to meet me and confined his actions to signing the necessary paperwork. Perhaps the finality of both of our parents being gone allowed him to feel safe seeing his little sister again.

I entered the diner with my husband at my side. We had established a code that I could use if I needed to leave at a moment’s notice: I would give his knee a squeeze. Knowing I could leave allowed me to enter. And there my brother stood, with enough vestiges of the young man I had last seen that I knew him at a glance. His blue eyes were lighter than mine and his hair still naturally blond, unlike mine.

The four of us ordered coffee at the counter and took our cups to a booth. I didn’t trust my stomach enough to order food. I found myself staring at his hands. They were so familiar. These were the hands that had built a wooden cradle for my doll when I was 10 years old, the cradle I later used to lay each of my three infant sons in.

For the next two hours I learned how hard his childhood had been, harder than I knew. I thought his status as the favorite child spared him the debasing and demeaning criticisms I was subjected to, but actually the expectations for him as the firstborn were even more stringent. “When I was about 8 years old, I came home from a Cub Scout meeting a half an hour late to find the door locked. Our parents were inside watching as I tried all the doors. I understood the lesson they were trying to teach me, but that was not the one I was learning.” It was then that he started to dream about how he could leave home.

He added, “Our parents never should have had children, and I can’t imagine having my own.” I saw the energy drain out of his face as he twisted his hands together and allowed himself to retrieve these dark, painful memories. He asked me, “Have you ever been suicidal?” We both nodded yes at the same time.

When I gathered the courage to ask why leaving the family meant having to leave me, too, he said: “I hoped I was giving you a model for a way out. To save yourself. I couldn’t save you, but I hoped you could save yourself.”

As his memories unfolded, my mind raced to absorb the new information. As an adult, my mother accused me of exaggerating how awful my childhood had been. To hear him speak aloud what I had lived through affirmed that I wasn’t wrong. This was a gift so powerful that I commanded myself to memorize the moment.

Acting as our aides-de-camp, our spouses started to ask their own questions, bringing us back to the present. Talking about retirement and travel plans reminded my brother and me of the lives we had each created out of the detritus of our earlier years. But he never expressed an interest in meeting my sons — his nephews — or even inquired about them. And he never asked me about my experience of taking care of our parents by myself, further underscoring that they were dead to him the day he left home.

I entered the diner having functioned as an only child for nearly 50 years. As the coffee in our cups grew cold, it was clear to me that wouldn’t change after we parted. As we rose from the booth and headed to the exit, I found myself unwilling to ask for more.

It is not always possible to find love in this world, and the loneliness from a fractured family is profoundly isolating.

This was no Hollywood family reunion, but I sensed that his validation of my perspective would lessen my internal demons. And though as a psychologist I strongly believe in the importance of relationships for building mental health, I know there are times when it’s a bridge too far for people to stay connected. The pain of that reality can only lessen with acceptance rather than reconciliation.

Once outside the diner, my brother put out his hand for me to shake. I knew this was all he could give, and I was at peace with that. My husband’s grasp was the one that mattered. Reaching for his hand under the table at difficult moments had reminded me that his was the love that was strong enough to sustain me.

And it’s my husband, and our sons, with whom I will once again spend this holiday season — my created family, not my family of origin. It is not always possible to find love in this world, and the loneliness from a fractured family is profoundly isolating. Maybe, someday, that isolation can be alleviated just a bit by having our stories included in the holiday canon.

If you or someone you know is in crisis, call 988 to reach the Suicide and Crisis Lifeline. You can also call the network, previously known as the National Suicide Prevention Lifeline, at 800-273-8255, text HOME to 741741 or visit SpeakingOfSuicide.com/resources for additional resources.