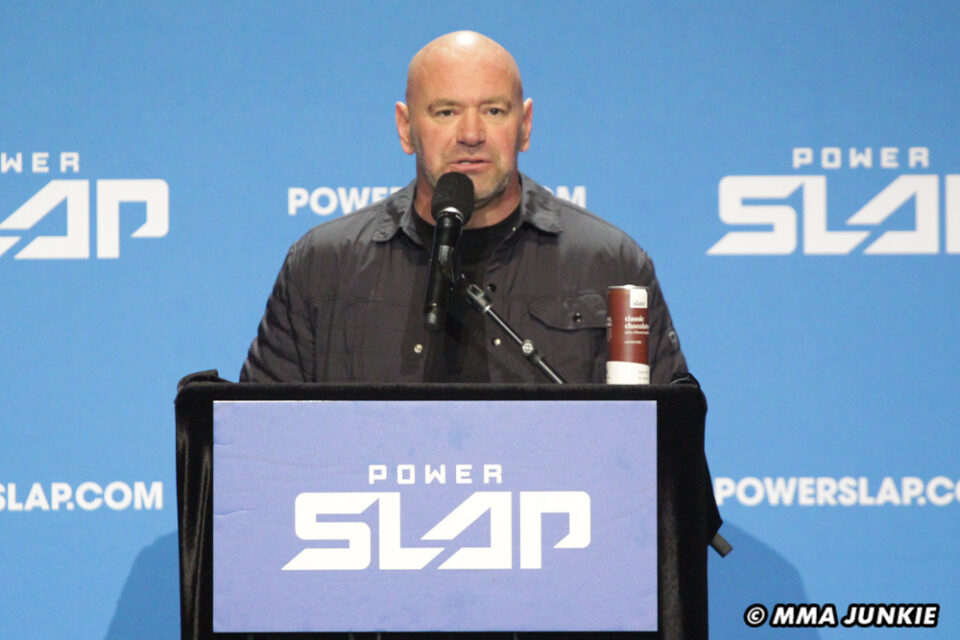 Joe Rogan is not sold on Dana White’s Power Slap league being a necessary addition to the combat sports docket.

UFC president White officially announced his involvement in Power Slap earlier this month during a press conference in New York. He shared details about his new venture ahead of the Season 1 debut on TBS in early 2023, and how White feels Power Slap could be a major draw.

The existence of Power Slap has drawn mixed reactions. Some have been critical of the product, while others are taking a wait-and-see approach to see what White does with the company.

Longtime UFC commentator Rogan appears to be somewhere in the middle. He said he’ll likely tune in because of his friendship with White and the fact he’s a combat fanatic, but overall, Rogan said he much prefers the intricacies of real fighting.

“I love Dana, and I would be a hypocrite if I said I wouldn’t watch this, because I will watch it – but this is not my cup of tea,” Rogan said on a recent edition of “The Joe Rogan Experience” podcast. “What I like it problem solving. I like puzzles. What I like is (Sean O’Malley) and (Petr) Yan. This f*cking Russian assassin is rushing the gates and you’re kicking and moving away and jab at him. That’s what I like. I love technique.”

Slap fighting has been around for years, though more prevalent in Eastern Europe and Russia than in the United States. It’s made an impact on social media, however, with some knockout slap videos with views north of 1,000,000 views.