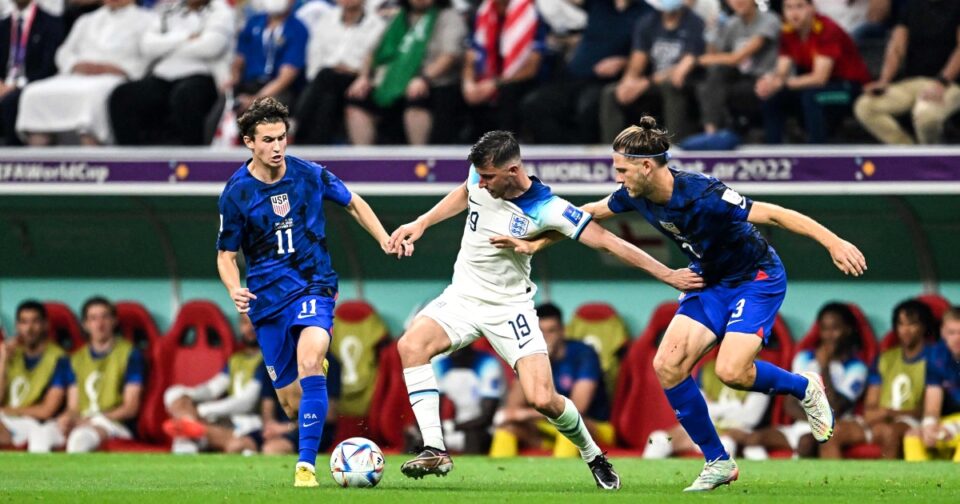 An official “is no longer employed at the U.S. Embassy in London,” after he declared his support for England ahead of Friday’s World Cup clash with America.

Ahead of the goal-less draw in Qatar, the embassy posted a video on its official Twitter account, joking that their spokesperson Aaron Snipe had been fired before the game.

Above the tweet the Embassy said it was “sad” to announce his departure, “but some things are more important than diplomacy.”

In the video, Snipe can be seen walking into the office wearing an England scarf, where he receives disgusted looks from a couple of colleagues.

As he reaches his office which has England flags hanging up, someone has printed out letters spelling “traitor,” and stuck them up on the glass pane, alongside the Stars and Stripes.

A colleague then comes in and tells him that “HR called,” and they want to see him “now.”

The video then cuts to Snipe being told off.

“Look man, I don’t know why I need to be the one reminding you, but, you’re an American. You work for the U.S. Embassy. You cannot be rooting for England,” an unnamed man tells him. “I’m gonna need you to take those decorations down. Take that shirt off. And I don’t want to have to call you up here again.”

Walking out, he takes off his England home jersey, only to reveal that he has an away jersey underneath.

A line then appears saying, “Aaron Snipe is no longer employed by the U.S. Embassy in London.”

Among those to respond was Dame Karen Pierce, the British ambassador to the U.S. and the former president of the United Nations Security Council.

“He can be our new @UKinUSA sports attaché,” she tweeted. Jane Hartley, the U.S. ambassador to the U.K., replied, “You can have him.”

Some might argue the video was more entertaining than the game which the U.S. dominated but ended in a scoreless tie.

A well organized U.S. team pressed well and frustrated England and could feel disappointed in the end after creating the better chances in the game.

The United States, with two points after drawing twice, is in third place of Group B, behind England and Iran which earlier in the day scored a stunning victory against Wales.

The Americans end group play on Tuesday against Iran and a victory over Team Melli would guarantee no worse than a second-place U.S. finish and advancement.

Henry Austin is a London-based editor for NBC News Digital.