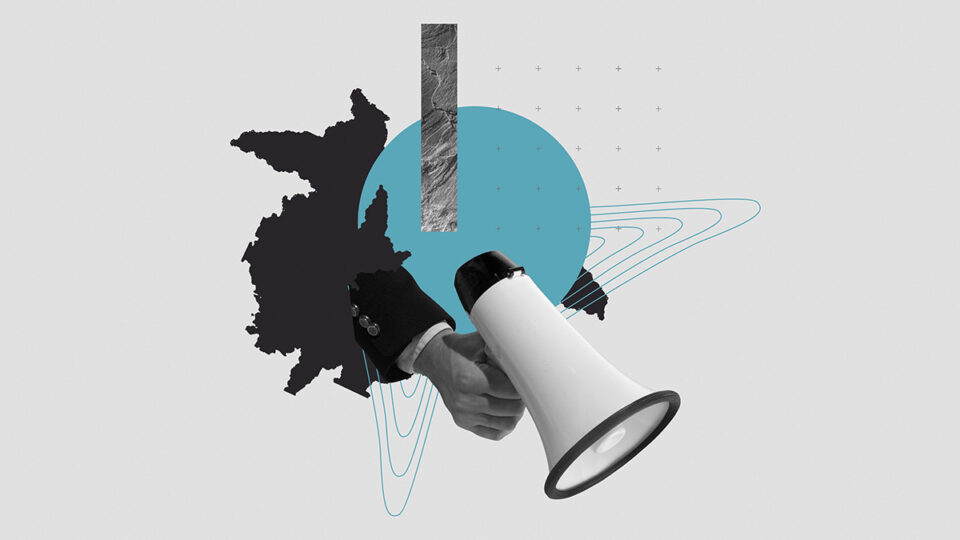 The rules of international business have changed. To navigate this new paradigm, companies need to understand four important trends: 1) Interdependence between countries has grown and has created new risks, 2) geopolitical competition between the West and China is growing, 3) this geopolitical competition is playing out in advanced technologies, such as AI and semiconductors, and 4) the private sector can’t escape this tension. To mitigate risk, companies need to 1) increase their geopolitical expertise, 2) ask the right questions, 3) accept that politics are inescapable, and 4) consider reputational risk holistically.

Semiconductors are one of the foundations of any modern economy. They’re used in everything from home appliances to automobiles to weapon systems. During the Covid-19 pandemic, however, they suddenly became very hard to acquire. Production of semiconductor chips is concentrated in Taiwan and South Korea, and disruptions to global supply chains meant U.S. companies faced year-long waits for chips. This past summer, Commerce Secretary Gina Raimondo warned that an inability to access Taiwan’s semiconductors would lead the U.S. to a “deep and immediate recession.” In other words, dependency on foreign production is a national security risk for the United States.

This vulnerability is one example of what we call the new national security economy. This paradigm is defined by four factors: 1) deep connectivity within and between societies, which has yielded benefits like globalization while introducing risks related to interdependence; 2) geopolitical competition between the West and China, in which 3) the primary arena is advanced technologies, such as AI and semiconductors; and 4) the private sector is a primary actor in this fight. Semiconductors are just one of many fields in which this dynamic is evident and intensifying.

To navigate this new world, leaders need to update their operating assumptions. Most CEOs came of age during a period of globalization when free markets and trade were assumed to be net goods. But the ground has shifted. Many of the key issues that businesses and leaders are grappling with — supply chain obstacles, trade policies, and the competition for access to technology and markets — are often considered individually, but they’re increasingly driven by the new national security economy. Understanding this paradigm is essential to navigating it.

Going forward, businesses should use this lens to make decisions around who is on their board, how they vet plans, how they weigh politics and national interest in their decision making, and how they think about risk.

Connectivity, geopolitical competition, technological innovation, and the evolving role of the private sector all shape business leadership and decision-making. It’s not hard to see how each affects hiring practices, intellectual property protections, location strategies for production facilities, or efforts to secure supply chains. But the ways that they interact, the intensity of their interaction, and the consequences of these changes have created a new paradigm.

One effect of this shift is that companies need to look at risk differently. Most organizations approach risk function by function. For example, a financial institution will employ teams to monitor credit risk, legal risk, market risk, operational risk, and regulatory risk, to name a few. This approach has significant shortcomings. For example, the 2008 Global Financial Crisis demonstrated how this kind of siloed risk management can obscure the cumulative vulnerability in a system.

To be more effective at considering risk in this new paradigm, organizations should consider how the four factors identified above work in concert. This means that they not only need to incorporate a deeper understanding of the impact of geopolitics, but also be able to connect the various dots between political risk and other traditional business risk factors. Politics in some form, be it domestic or geopolitical, now meaningfully impact all forms of business risk today.

First, look at how growing tension between the U.S. and China is creating problems for Apple. Concentrating manufacturing in China, where labor costs are lower, and having access to its growing market, made Apple a leading success story of globalization. At present it manufactures some 90% of its devices in China. However, as relations between China and the U.S. have deteriorated, intervention by both governments threaten this success. Recently, for instance, the Biden administration restricted the sale of semiconductor technology to China, and put restrictions on a Chinese memory chip company whose products Apple was reportedly considering using in some iPhones.

The result is that Apple is having to navigate more uncertainty and complications because of the four factors of the national security economy. The connected nature of the world created an opportunity, but also risk for Apple’s business. As U.S. anxieties around China’s advanced manufacturing capabilities — which can be used in weapons systems and supercomputing — have grown, the U.S. government has tried to limit Chinese companies’ access to these technologies. As a result, this geopolitical competition is playing out in the private sector.

The Russian invasion of Ukraine earlier this year is also instructive. When asked to respond to Russia’s 2014 annexation of Crimea, Christophe de Margerie, the former CEO of French energy conglomerate Total (now TotalEnergies) stated, “We are involved in business; we are not involved in politics.” Yet as the business response to Russia’s 2022 invasion of the Ukraine has demonstrated, business and politics are in fact deeply intertwined as stakeholder demands, looming sanctions, and consumer pressure amplified over social media created an impetus for companies to react swiftly. While business leaders and board directors told us they supported curtailing operations or withdrawing from the Russian market, they also acknowledged that the choice would be more challenging if the offending nation was a market that was significant to their firm’s bottom line.

In recent history, Western companies have operated with the luxury of viewing geopolitics as a secondary concern. This has been less true of companies in non-Western markets, where key players often serve a national purpose — either because a firm is state-owned or due to industrial policies and state investment. In recent years, several countries have introduced national AI development strategies, and the influence of sovereign wealth funds has grown. The potential consequences of leadership in these fields has forced a new attitude and approach onto governments that were once much more laissez faire and obliges Western companies to take more stock of how geopolitical currents are shaping — and heightening — their risk. The four factors of the national security economy can help them do so.

Though each industry and market are different, there are several steps that firms can take to better navigate this new paradigm.

Companies need to not only build geopolitical expertise internally, but also seek out board members that can improve their ability to interpret and navigate how geopolitics intersects with business. From screening new board members to recruiting fresh graduates to ongoing executive training, companies should seek individuals and learning opportunities to enhance this expertise. Many executive education programs focus on traditional business disciplines, but few relate to the intersection of business and geopolitics. The average business leader who studied business, engineering, or similar discipline, will likely have difficulty acquiring this understanding, and so companies should consider hires and board members with more interdisciplinary backgrounds that demonstrate meaningful exposure to geopolitics along with business acumen. An additional benefit of this approach is that it can widen the pool of potential candidates for a company as recruiters consider candidates that might not have been targeted traditionally or hire from programs and schools that were not recruited from historically.

A national security economy lens should be applied to most plans that an organization makes — from the viability of a potential overseas investment to screening and diligence of entities in a company’s supply chain. Many things that are seemingly mundane may prove risky or fraught when viewed through the lens we offer. This is as simple as asking when considering a decision: “What are the geopolitical implications of the choice we are making?” Asking a question like this alone allows people to consider possible events that are low probability but high impact and plan contingencies accordingly.

Accept that politics are inescapable.

Many firms, especially in the West, have historically tried to separate business and politics. This is now a false dichotomy in many situations, especially in international contexts. Companies are very much political actors, in many situations, with a national identity, and as such they need to understand what shapes their identity as well as those of the companies they interact with. For example, a Chinese company may make a deal primarily to acquire a new technology, while its Western counterpart is just looking to make money. These are very different assumptions than many Western market participants are used to, and require these Western companies to update their assumptions.

The new national security economy gives rise to other forms of enhanced reputational risk that can impact a business — be it Nokia selling technology to Russia, pressure on companies to pull out of Russia, Chinese consumers that shun Western companies that criticize China, and so on. This risk becomes enhanced in our model and companies need to have heightened sensitivity to the impact of reputational risk. Doing this requires the ability to connect the dots by giving meaning to seemingly non-linked events, which together could have a significant, compound business impact.

The global business landscape is being shaped by the forces comprising the new national security economy. The rise of China and competition over advanced technologies have conscripted business organizations and leaders as often reluctant geopolitical actors. Nonetheless, this is the new business normal, and inculcating this reality is vital because the stakes are high for leaders, the companies they lead, and for nation-states.

This article is drawn from the authors’ forthcoming book, A Perilous Moment: Navigating the New National Security Economy.