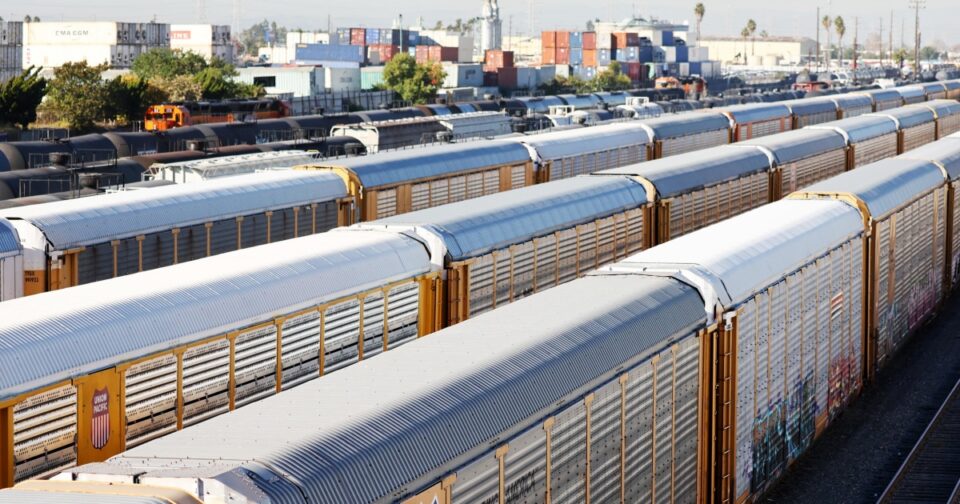 Biden had pleaded with congressional lawmakers to act swiftly, warning of significant damage to supply chains that could threaten the U.S. economy just weeks before Christmas. In his remarks before signing the bill, Biden said his economic advisors reported that as many as 765,000 Americans “would have been put out of work for the first time within the first two weeks of the strike alone.”

“I want to thank Congress — Democrats and Republicans — for acting so quickly. I know this was a tough vote for members of both parties, it was a tough [vote] for me. But it was the right thing to do at the moment, to save jobs, to protect millions of working families from harm and disruption and to keep the supply chains stable around the holidays,” Biden said before he signed the bill into law.

The agreement, brokered by the Biden administration in September, provides rail union members with an immediate 14.1% wage increase that will grow to 24% by 2024. It also provides more health care benefits and an additional day of personal leave.

Congress can block a strike and impose labor agreements under the 1926 Railway Labor Act, which aims to prevent the interruption of interstate commerce during labor disputes. Biden had pressed lawmakers to pass the measure after railway workers vowed to strike if an agreement couldn’t be reached.

“Without action this week, disruptions to our auto supply chains, our ability to move food to tables and our ability to remove hazardous waste from gasoline refineries will begin,” Biden said.

The Senate, which required 60 votes, passed the bill 80 to 15 on Thursday, with Sen. Rand Paul, R-Ky. voting present. The Senate acted quickly only one day after it was approved in the House with broad bipartisan support.

The Senate voted down an amendment 52 to 43, championed by Sen. Bernie Sanders, I-Vt., that would have added seven days of paid sick leave for rail workers to the deal.

“Let me be clear: This struggle is not over,” Sanders said after the sick leave amendment failed. “At a time of record-breaking profits for the rail industry, it is disgraceful that railroad workers do not have a single day of paid sick leave.”

Biden said before signing the bill that he would continue to press for such provisions.

“I know this bill doesn’t have paid sick leave these rail workers and frankly every worker in America deserves,” he said. “But that fight isn’t over.”

“I’ve supported that fight for a long time. I’m going to continue that fight until we succeed,” he added.

Some progressives and even multiple conservatives opposed the legislative fix, brokered by the Biden administration in September, with some citing union opposition. Four of 12 railway unions rejected the deal and Biden called on Congress to intervene after talks between workers and their employers appeared to stall.

“Working together, we have spared this country a Christmas catastrophe in our grocery stores, in our workplaces, and in our communities,” Biden said in a statement after the Senate passed the measure. “I know that many in Congress shared my reluctance to override the union ratification procedures. But in this case, the consequences of a shutdown were just too great for working families all across the country.”

Christina Zhao is a politics editor for NBC News, based in New York.