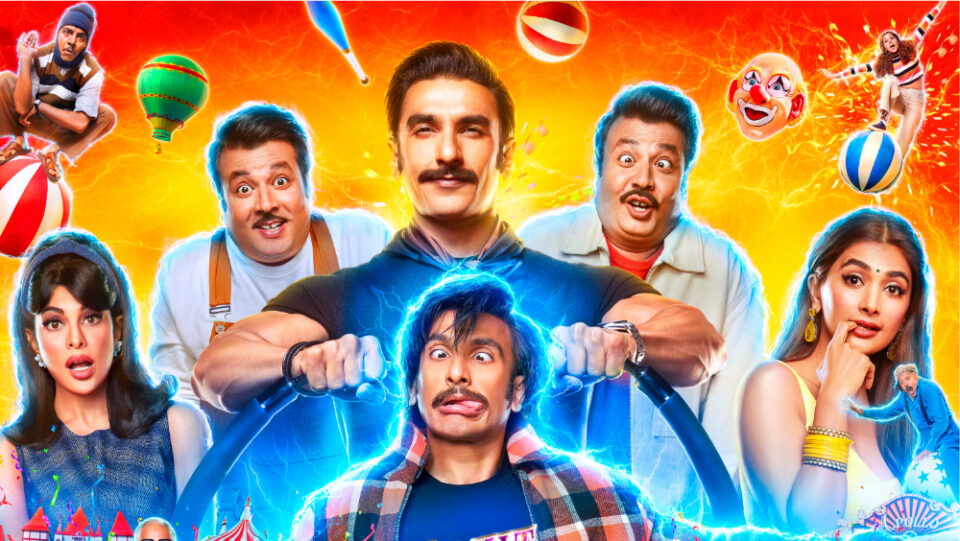 “Cirkus,” set in the 1960s, is loosely based on William Shakespeare’s play “The Comedy of Errors,” which has been adapted several times for Indian screens, notably in 1963 by Manu Sen as Bengali film-language “Bhranti Bilas,” in 1968 by Debu Sen as Hindi-language film “Do Dooni Chaar” and in 1982 by Gulzar as Hindi-language film “Angoor.”

Shetty’s “Sooryavanshi,” starring Akshay Kumar, Singh and Devgn was the first major post-COVID Bollywood hit when it released in late 2021. But 2022 has not been a year to remember for the Hindi industry with a just a handful of hits, including “Gangubai Kathiawadi,” “Brahmastra: Part One – Shiva,” “The Kashmir Files,” “Bhool Bhulaiyaa 2,” while films from southern India, including “RRR,” “K.G.F: Chapter 2,” “Kantara,” “Vikram” and “Ponniyin Selvan: 1” ruled the box office.

However, in recent weeks, the Bollywood box office has seen a revival with “Drishyam 2,” starring Devgn, being a huge hit, and “Bhediya,” starring Varun Dhawan and “Uunchai,” starring Amitabh Bachchan, recording encouraging numbers.

Industry pundits are hoping that “Cirkus,” due a Dec. 23, 2022 release and Shah Rukh Khan’s “Pathaan,” which is scheduled for a Jan. 25, 2023, bow, during India’s Republic Day holiday frame, will continue the revival.

Meanwhile, Shetty has announced “Singham Again,” which is the next instalment of his cop universe that “Sooryavanshi” is also a part of.