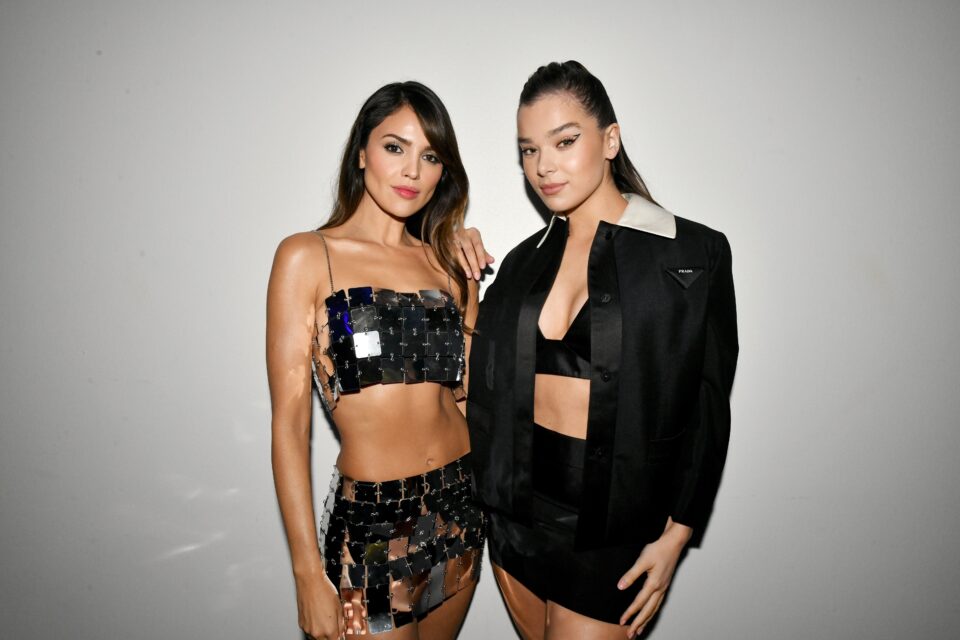 Last night, Prada made clear that Miami Beach Art Basel is not just about art—or fashion, for that matter. It has just as much to do with music. Taking over the Faena Forum, Prada teamed up with British-Canadian electronic musician Richie Hawtin aka Plastikman to curate a program jam-packed with DJ sets. (Read all about the collaboration, dubbed Prada Extends, here.) It was the third time Prada tapped Hawtin for such an event, the first being in London in 2021 and again this summer in Tokyo.

But who would he bring out for Miami’s most marvelously manic and creative week? On the line-up were Richie Hawtin himself, DJ Ela Minus, Sofia Gabanna, Slim Soledad, Chernobyl, Paola Olea, Juan David Figueroa, QUALIA.AV aka Adrián Lex, and Ginger Leigh aka SYNTHESTRUCT; all contributed to the night’s performances.

In the crowd—and glittering in Prada’s It looks like logo-fied ribbed tanks tops, chainmail dresses, and sheer paneled skirts—were the likes of Hailee Steinfeld, Eiza González, Kimberly Drew, Maya Hawke, Deaven Booker, Christian Combs, Caroline Daur, Amalie Gassmann, Miles Greenberg,  Damson Idris, Wisdom Kaye, Elsa Majimbo, Taylour Paige, Keith Powers, Alexander Roth, and more. Scoping out the scene was hard to do—dancing bodies in the crowd were made indiscernible by pulsating lights and conversations were drowned out by the music that thumped—but isn’t that the best kind of party?