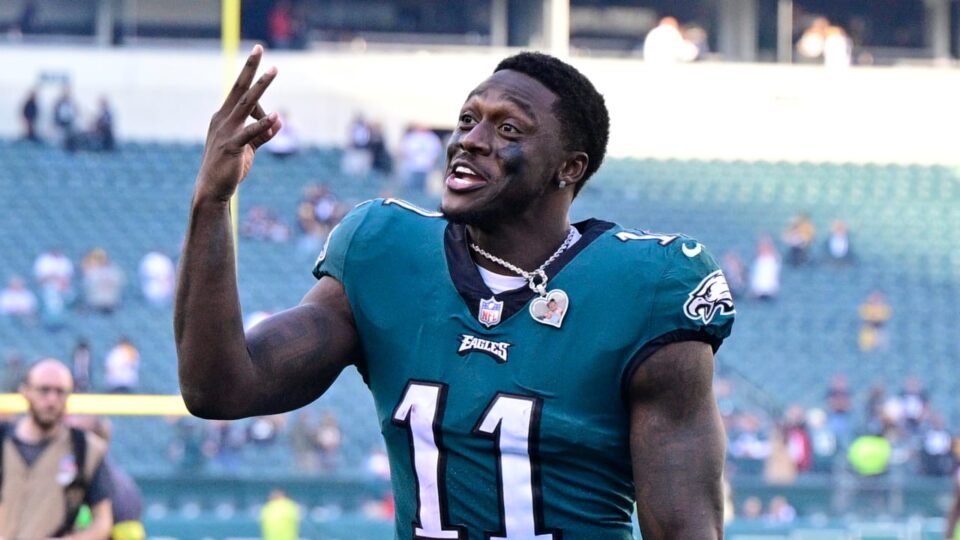 Throughout the 2022 season, NFL Network analysts will provide one bold prediction heading into each week’s slate of games (see the full Week 13 schedule).

It feels like A.J. Brown was born for days like this Sunday, when his Philadelphia Eagles host the team that traded him in the offseason, the Tennessee Titans. He was very candid earlier this week when asked about Titans fans, and in the end, Brown gets revenge with a trio of touchdowns in a blowout victory for the Eagles.

After feasting on bottom-of-the-barrel NFL defenses in their five-game win streak, the Miami Dolphins finally face a true test in the San Francisco 49ers, who feature the league’s No. 1 overall and scoring defense. DeMeco Ryans’ unit shuts down Miami’s talented trio of Tua Tagovailoa, Tyreek Hill and Jaylen Waddle, holding them to under 20 points and forcing three turnovers in a statement win.

Remember when Drew Brees and Eli Manning went blow for blow back in their 2015 showdown, combining for an NFL-record 13 passing touchdowns? Yeah, I thought you might. Well, we’re about to see that magic again this weekend when Patrick Mahomes and Joe Burrow take the field at Paul Brown Stadium. These two stud QBs tie that NFL record Sunday. Grab your popcorn!

The Lions’ defense has underwhelmed for most of the season but comes up in a big spot Sunday in a battle of four-win teams, forcing three turnovers against the Jaguars. The effort gives Detroit its fourth win in five games, helping the Lions stay alive in the NFC playoff picture.

Lamar Jackson and the Ravens’ offense are in a bit of slump. The star quarterback has accounted for just five touchdowns (four passing, one rushing) over his past four games. But Jackson rebounds in big way against the Broncos with a total of five scores (three passing, two rushing) in a Ravens win.