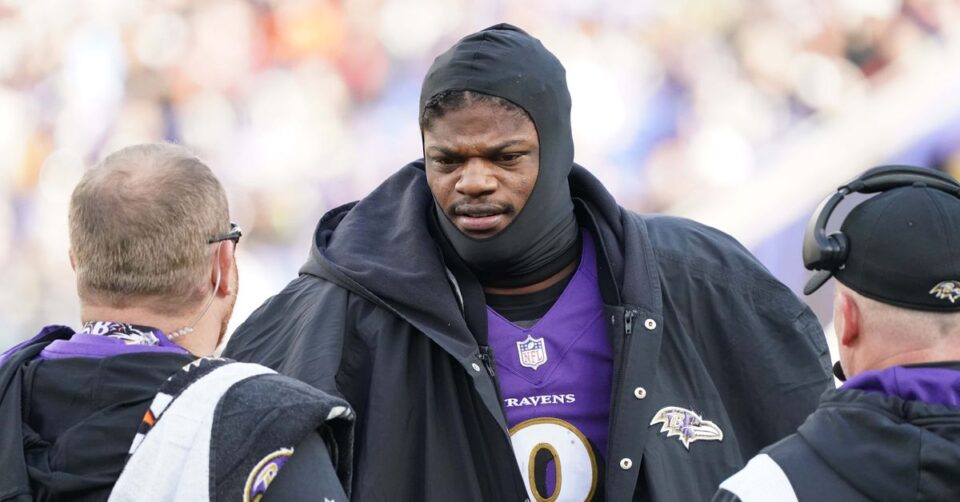 The Baltimore Ravens are locked in a battle with the Cincinnati Bengals for the AFC North.

Unfortunately, they might be without star quarterback Lamar Jackson for some time down the stretch to the postseason.

Jackson was knocked out of Sunday’s game against the Denver Broncos with a knee injury, and according to a report from ESPN’s Adam Schefter, the quarterback suffered a PCL sprain during the game.

On Monday, Ravens head coach John Harbaugh provided an update on Jackson, indicating that following an MRI he would be “week-to-week.”

“He’s been through the MRIs and I would say it’s kinda week to week,” Harbaugh said on Monday when addressing the media. “It’s gonna be a weekly thing. As the week goes on, we’ll see for this week. It’s probably less likely for this week, but it’s not impossible. After that, it’ll become more and more likely.”

The Ravens are scheduled to play the Pittsburgh Steelers on Sunday afternoon in Pittsburgh.

According to the report from Schefter, players who suffer a PCL sprain tend to miss one-to-three weeks with the injury.

Backup quarterback Tyler Huntley replaced Jackson on Sunday and completed 27 of 32 passes for 187 yards and an interception. He also had 10 rushing attempts for 41 yards and a touchdown. That touchdown came with under a minute left, and tied the game at nine. Justin Tucker’s extra point provided the difference in Baltimore’s 10-9 victory over the Broncos.

This story will be updated.