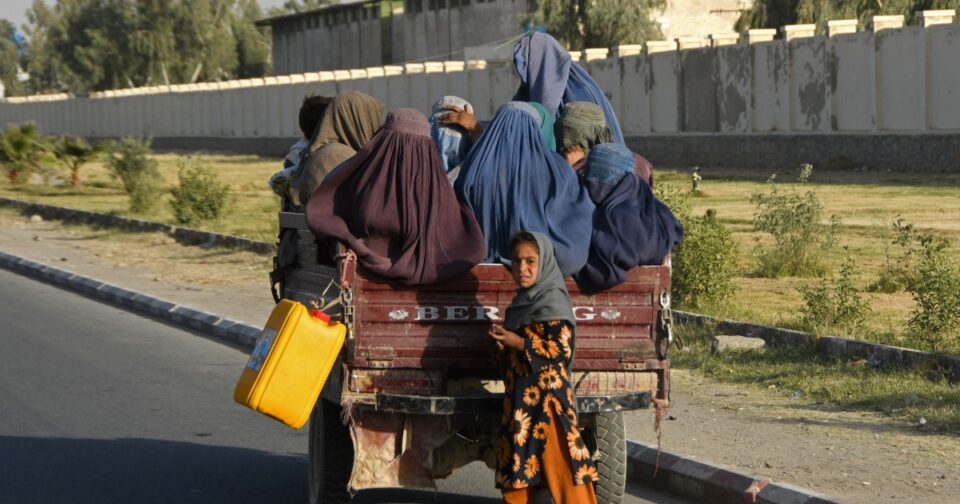 KABUL, Afghanistan — Four major international aid groups on Sunday suspended their operations in Afghanistan following a decision by the country’s Taliban rulers to ban women from working at non-governmental organizations.

Save the Children, the International Rescue Committee, the Norwegian Refugee Council and CARE said they cannot effectively reach children, women and men in desperate need in Afghanistan without the women in their workforces. The NGO ban was introduced a day earlier, allegedly because women weren’t wearing the Islamic headscarf correctly.

“We have complied with all cultural norms and we simply can’t work without our dedicated female staff, who are essential for us to access women who are in desperate need of assistance,” Neil Turner, the Norwegian Refugee Council’s chief for Afghanistan, told The Associated Press on Sunday. He said the group has 468 female staff in the country.

The Taliban takeover in August 2021 sent Afghanistan’s economy into a tailspin and transformed the country, driving millions into poverty and hunger. Foreign aid stopped almost overnight. Sanctions on Taliban rulers, a halt on bank transfers and frozen billions in Afghanistan’s currency reserves have already restricted access to global institutions and the outside money that supported the country’s aid-dependent economy before the withdrawal of U.S. and NATO forces.

In a statement, the International Committee of the Red Cross warned that excluding women from schools and NGO work in Afghanistan “can and will lead to catastrophic humanitarian consequences in the short to long term.” The Taliban also banned female students from attending universities across the country this week.

Last month, in an interview with the AP, a top official from the the Red Cross, Martin Schuepp, said more Afghans will struggle for survival as living conditions deteriorate in the year ahead. Half of Afghanistan’s population, or 24 million people, are in need of humanitarian aid, according to the group.

Top U.S. officials, including the Secretary of State Antony Blinken and the charge d’affaires to Afghanistan Karen Decker, condemned the move.

Decker, tweeting in Dari on Sunday, said: “As a representative of the largest donor of humanitarian assistance to Afghanistan, I feel I have the right to an explanation of how the Taliban intends to prevent women & children from starving, when women are no longer permitted to distribute assistance to other women & children.”

Her remarks triggered a response from the Taliban-led government’s chief spokesman, Zabihullah Mujahid, who said all institutions wanting to operate in the country are obliged to comply with its rules and regulations.

“We do not allow anyone to talk rubbish or make threats regarding the decisions of our leaders under the title of humanitarian aid,” he said in a tweet.

The International Rescue Committee said it was dismayed by the Taliban decision, adding that more than 3,000 of its staff in Afghanistan are women. “If we are not allowed to employ women, we are not able to deliver to those in need,” the group said in a statement announcing it was suspending work in the country.

The NGO order came in a letter on Saturday from Economy Minister Qari Din Mohammed Hanif. It said any organization found not complying with the order will have their license revoked in Afghanistan.

The flurry of rulings from the all-male and religiously driven Taliban government are reminiscent of their rule in the late 1990s, when they banned women from education and public spaces and outlawed music, television and many sports.

At around midnight Saturday in the western city of Herat, where earlier protesters were dispersed with water cannons, people opened their windows and chanted “Allahu Akbar (God is great)” in solidarity with female students.

In the southern city of Kandahar, also on Saturday, hundreds of male students boycotted their final semester exams at Mirwais Neeka University. One of them told The Associated Press that Taliban forces tried to break up the crowd as they left the exam hall.

“They tried to disperse us so we chanted slogans, then others joined in with the slogans,” said Akhbari, who gave only his last name. “We refused to move and the Taliban thought we were protesting. The Taliban started shooting their rifles into the air. I saw two guys being beaten, one of them to the head.”

A spokesman for the Kandahar provincial governor, Ataullah Zaid, denied there was a protest. There were some people who were pretending to be students and teachers, he said, but they were stopped by students and security forces.