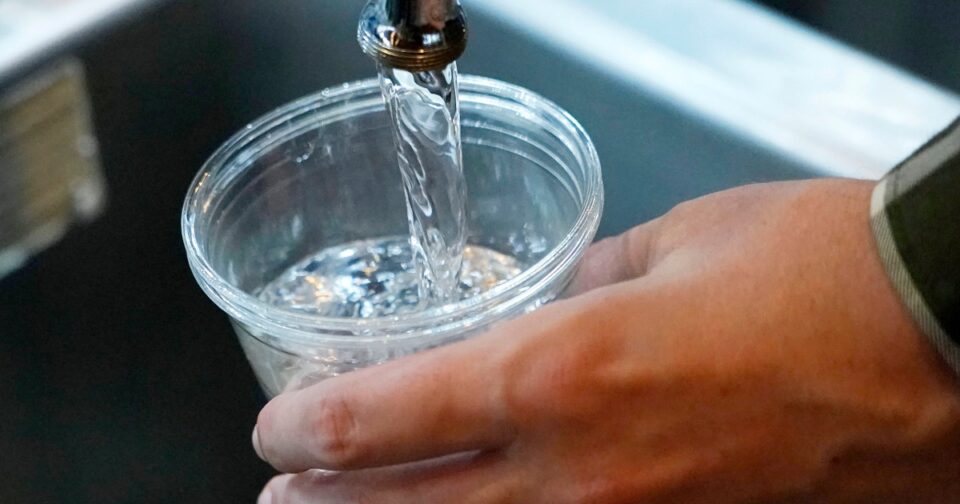 Broken pipes left thousands of residents of Jackson, Mississippi, without running water Monday after a winter storm as the city struggled to return pressure to its frail water system.

Jackson officials said in a statement Monday that there were “significant leaks in the system that we have yet to identify.” Chokwe Antar Lumumba, the city’s mayor, blamed “drastic temperatures,” which dipped to a low of 11 degrees on Thursday, and said crews were working with the Environmental Protection Agency to restore pressure.

The city issued a boil water notice on Sunday and asked residents to turn off faucets and check businesses and churches for leaks and broken pipes.

“There’s no water pressure for most residents in Jackson, again,” state Rep. Ronnie Crudup said Monday. “During this holiday season, it’s a different struggle because people have family, guests and everything else for Christmas, and there is no water.”

Crudup said his home had no running water and his family is unable to flush toilets or take showers.

It is just the latest challenge to hit Jackson’s beleaguered water system, which suffered a dayslong outage over the summer and has previously failed during cold weather.

The city set up water distribution sites in several parts of Jackson over the weekend and on Monday. Officials asked residents to refrain from reporting pressure loss, noting that the city is “well aware of the system pressure issues.”

Emon Thompson, 54, and his wife were disappointed to have to cancel on guests who were supposed to visit for Christmas. He said he’s one of the only people he knows in his neighborhood with some running water, but it’s just a small amount and not drinkable under the city’s boil water notice.

“If you let it, it becomes depressing, especially during the holiday season,” said Thompson, who has lived in Jackson for 33 years. “I’m trying to keep my head up and just doing a lot of cleaning and other things.”

Thompson said he and his wife had to leave church early on Christmas because there were no working restrooms due to the water outage.

“It’s been a very difficult situation,” he said.

Residents in Shreveport, Louisiana, and Florence, South Carolina, had little or no water pressure because of line breaks, and Memphis, Tennessee, issued a precautionary boil water advisory on Monday and asked residents to limit non-essential water use as officials tried to fix water leaks, which they said could take days.

The outage was preceded and followed by a boil water advisory because of health concerns.

The federal government stepped in in November, and the Biden administration appointed a manager to improve the water system’s near-term stability. One of the most pressing priorities was a winterization project to make the system less vulnerable to extreme weather.

“It’s just a frustrating, difficult situation that we’re having to go through again and again,” Crudup said.

Safia Samee Ali is a reporter for NBC News Digital, based in Chicago.