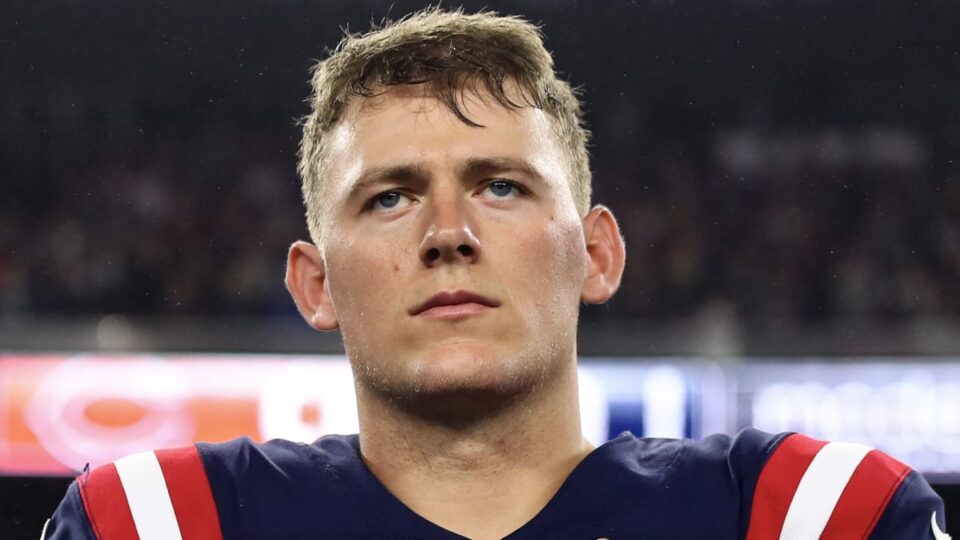 A controversial play has placed Mac Jones in the focus of the NFL.

The Patriots quarterback will be evaluated by the league for a possible fine for his low hit on Bengals cornerback Eli Apple during the fourth quarter of Saturday’s game at Gillette Stadium, NFL Network Insiders Ian Rapoport and Tom Pelissero reported Monday. A suspension is not being considered, Rapoport added.

Jones’ evaluation will be subject to the normal fine timetable followed by the NFL on a weekly basis, meaning a decision likely will not arrive until the end of the week.

The play occurred in the fourth quarter of a 10-point game between the Bengals and Patriots, when Bengals safety Vonn Bell appeared to force a Jones fumble. Linebacker Germaine Pratt scooped up the live ball and sprinted in the opposite direction toward what would have been a decisive fumble-return touchdown. Jones chased him in vain before turning his head back and diving toward the legs of Apple, who was trailing Pratt as the linebacker neared the end zone.

“He’s done that before, I’ve seen it,” Apple said.

The play was eventually ruled an incomplete pass, nullifying Pratt’s return in what ultimately ended up being a 22-18 win for the Bengals.

Jones said Monday during an interview on WEEI that he did not have any “intention to hurt” Apple on the play.

“I went down in front of him to kind of get in the way to stop him from slowing down Tyquan [Thornton], who obviously could make the tackle there,” Jones said, per ESPN. “So just kind of went down in front of him, trying to stop a fast guy from getting to another fast guy. It’s a split-second decision and there’s a lot that goes into it. You’re out there trying to compete, it’s a physical game. So just trying to help the team win. I have all the respect for Eli and the Bengals. They played a great game. So there’s no hard feelings and definitely no intention to hurt anybody on that play. Nor do I believe that when I’m playing quarterback, that’s what [the defense is intending to do]; I get hit a lot, too. We’re all out there playing hard. It’s just part of the game.”

We’ll wait to see if the NFL determines if Jones deserves a fine.