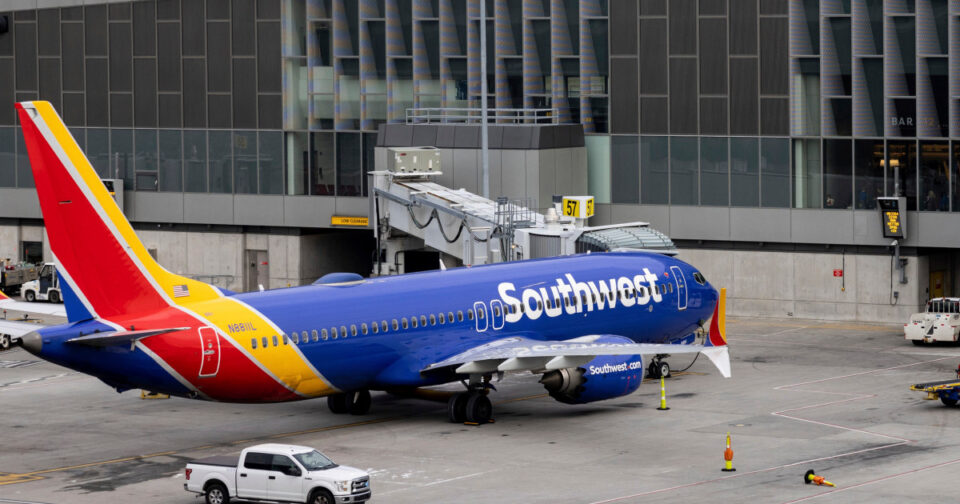 At a news conference in Houston, Southwest spokesman Jay McVay said cancellations snowballed as storm systems moved across the country, leaving flight crews and planes out of place.

“So we’ve been chasing our tails, trying to catch up and get back to normal safely, which is our No. 1 priority, as quickly as we could,” he said. “And that’s exactly how we ended up where we are today.”

Unlike many other U.S. air carriers, Southwest operates on what is known as a point-to-point flight route system, meaning a plane will fly consecutive routes, picking up different crews along the way.

In normal times, this can allow Southwest to operate more flights over a given 24-hour period than other carriers, said Scott Meyerowitz, executive editor of The Points Guy travel site.

But if an airport goes offline because of weather, and a flight cannot reach its destination, the point-to-point system has a cascading cancellation effect, he said.

“When bad weather hits, and you have staffing issues like they did, it creates a situation that is near impossible to recover from, and it couldn’t have happened during a worse possible week,” Meyerowitz said of Southwest’s cancellations.

Southwest’s woes appear to have been complicated by earlier staffing issues at its fuel vendor in Denver, CNBC reported. Additionally, a report from the Denver Post confirmed the authenticity of a leaked internal memo that said Southwest had entered a “state of operational emergency” in Denver on Dec. 21 due to an unusually high number of absences among ramp agents.

It was not immediately clear whether that issue was still affecting flights on Tuesday.

Randy Barnes, president for the union representing the ramp agents, said there was no walkout. He said the weather was so severe — and the temperatures so low — that the normal procedures for ensuring staff could effectively perform their duties broke down.

“People need recovery time to get warm and come in,” Barnes said. He continued: “That part of the operation can’t move at the same rate, at the same speed that it normally does. So something is going to give.”

Casey Murray, president of the Southwest Airlines Pilots Association, said Southwest had not adequately prepared flights for the storm, which hampered ground transportation and maintenance vehicles. Planes had fuel that congealed and potable water that froze in the wintry conditions, Murray said.

“The fact is: We weren’t prepared,” Murray said.

Adding to the difficulty: Large swaths of Southwest crews remain in contract negotiations with the carrier.

“The Southwest of old is gone,” Murray said. “It’s now threats and intimidations to motivate, instead of the old Southwest with a heart.”

Southwest Airlines did not immediately respond to questions about ongoing contract negotiations with its crews.

The U.S. Department of Transportation said in a statement that it plans to examine whether the cancellations were “controllable” and if Southwest is complying with its customer service plan.

Meyerowitz said the department, under the leadership of Secretary Pete Buttigieg, has shown an aggressive posture when it comes to airlines causing consumer woes, and that he wouldn’t be surprised if harsh penalties came down.

“We’re still waiting to see actual regulations come forward and be implemented, but there has been the most talk I’ve seen in more than a decade,” Meyerowitz said.

Black creators say they ‘have to be perfect’ to get promotional products from brands. They want that to change.