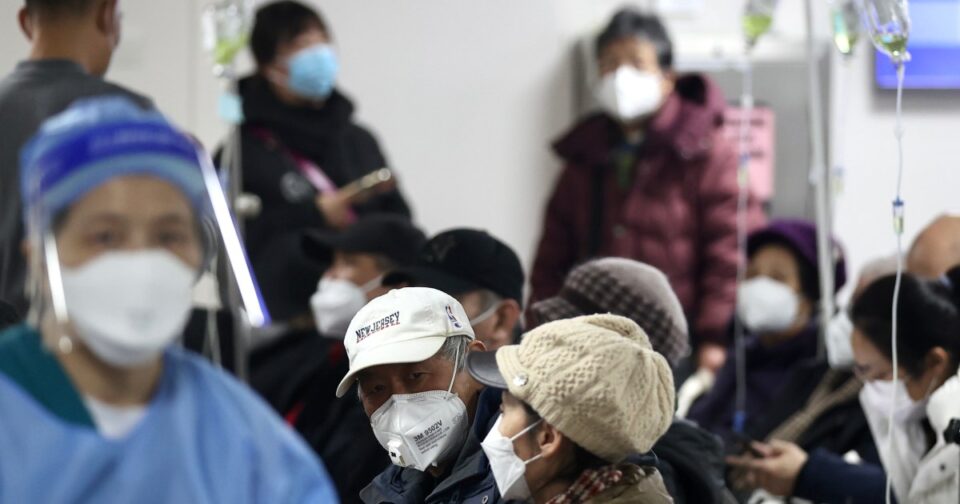 WASHINGTON — Alarmed by China’s surge in Covid cases after the sudden end of its “zero-Covid” measures, the Biden administration is considering new rules for travelers from China, such as testing on arrival and additional tracking, two U.S. officials tell NBC News.

The officials say the United States and other countries are concerned that China may not be transparently reporting Covid data — specifically, viral genomic sequence data — needed to assess the spread and identify any variants of concern.

The officials said the Biden administration was considering steps similar to those already taken by Japan, which said Tuesday that all travelers from mainland China would be tested on arrival, and Malaysia, which has stepped up tracking and surveillance of travelers from China.

Taiwan also said Wednesday that travelers from mainland China would have to take a PCR test on arrival, with those who test positive allowed to isolate at home. Last week, India said it would make virus testing mandatory for travelers arriving from China as well as Japan, South Korea, Hong Kong and Thailand. As in Japan, anyone who tests positive will be required to quarantine.

The Biden administration’s considerations were first reported by Bloomberg.

Any restrictions would be applied to all travelers coming from China, regardless of nationality, the U.S. officials said. There are no indications the U.S. is considering a “travel ban” or prohibiting people from traveling to the U.S. from China.

Asked about the potential move by Washington, Chinese Foreign Ministry spokesperson Wang Wenbin said Wednesday that all countries should “fight the epidemic in a scientific way, work together to ensure safe travel between countries, maintain stability of global industrial and supply chains, and restore healthy growth of the world economy.”

Wang also said the Covid situation in China was “generally within expectation and under control,” accusing Western media of smearing China’s anti-Covid efforts while downplaying the earlier pandemic chaos in their own countries.

The U.S. officials said there were worries about a potential variant of concern emerging from China, how they would identify it and how the spread could be stopped.

“The U.S. is following the science and advice of public health experts, consulting with partners, and considering taking similar steps we can take to protect the American people,” one of the U.S. officials said.

Earlier this month, China abruptly eased its “zero-Covid” approach following mass protests, scrapping domestic rules and lifting quarantine requirements for those traveling to China. The number of cases has subsequently exploded, putting pressure on hospitals and other health care facilities.

The World Health Organization has said it is very concerned about growing reports of severe Covid cases in China and has raised questions about the numbers released by Beijing.

Nevertheless, Dr. Siddharth Sridhar, a clinical virologist at the University of Hong Kong, said the China outbreak poses little threat to countries like the U.S., which has a high level of immunity through infections and vaccinations, and that new requirements for travelers from China were unlikely to be effective.

The omicron variant and its sublineages “always find a way to infiltrate borders and circulate around the globe, even through performative restrictions like PCR testing,” he said.

Though the wave of infections sweeping China’s 1.4 billion population could in theory give rise to a new variant, as when the delta variant emerged in India earlier in the pandemic, “equally there’s every possibility that will accelerate the rate at which we start to normalize,” said Dr. David Owens, a founder of OT&P Healthcare in Hong Kong.

“What the U.S. should worry about is getting their own vulnerable vaccinated,” he added.

Jennifer Jett is the Asia digital editor for NBC News, based in Hong Kong.

Travel nurses took high-paying jobs during Covid. But then their pay was slashed, sometimes in half.