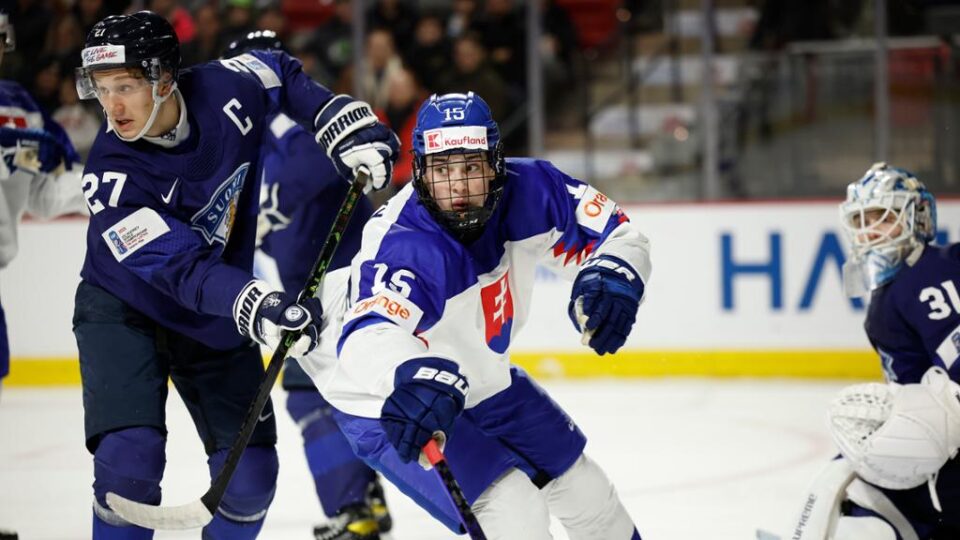 Tuesday is the second day of the 2023 IIHF World Junior Championship, which is being held at Scotiabank Centre in Halifax, Nova Scotia, and Avenir Centre in Moncton, New Brunswick.

Day 2 gamesFinland 5, Slovakia 2 — Joakim Kemell (Nashville Predators) and Oliver Kapanen (Montreal Canadiens) each had a goal and an assist for Finland in a Group B game at Avenir Centre.

“Today we had a fresh start,” Finland coach Tomi Lamsa said. “And I’m satisfied with how we played, the kind of energy we had. Tactically I think we did good decisions. And of course, in the second period we had three goals. That was a big, big 20 minutes for us.”

Paivarinta made it 1-0 at 8:54 of the first period with a shot from the right face-off dot.

Tweet from @TSN_Sports: Joakim Kemell finishes off the one-timer to give Finland an early 2nd period lead.#WorldJuniors pic.twitter.com/kX0fYak1Hw

“I think we are really good players, and I think we can make a surprise,” Repcik said of playing the United States.

Sweden 1, Germany 0 — Carl Lindbom (Vegas Golden Knights) made 28 saves for his second consecutive shutout in a Group A game at Scotiabank Centre.

Lindbom made 13 saves in an 11-0 win against Austria on Monday.

“We didn’t play good,” Sweden forward Isak Rosen (Buffalo Sabres) said. “We’re not doing anything wrong really, but we don’t use our skill enough. We don’t go hard to the net to score goals. We could score some more goals, but (we’re) not getting there, so that’s got to be better. But a win is a win.”

“I think we played a good game,” Germany coach Tobias Abstreiter said. “I think it was the best first game that we played the last couple of years, and against a good hockey nation. We had a chance to win the game.”

Engstrom scored at 19:38 of the first period. Filip Bystedt (San Jose Sharks) won an offensive-zone face-off back to Engstrom, who shot the rolling puck through traffic past Quapp.

Tweet from @TSN_Sports: Sweden is on the board with 21 seconds to go in the 1st period 🚨#WorldJuniors pic.twitter.com/suwsZRv8f0

Fabian Lysell (Boston Bruins) had a chance to extend Sweden’s lead, but he was stopped on a penalty shot at 11:23 of the second period.

Lindbom made 13 saves in the third period to preserve the win.

Switzerland 3, Latvia 2 (SO) — Liekit Reichle (2023 draft eligible) scored in the seventh round of the shootout for Switzerland, which rallied in a Group B game at Avenir Centre.

Dionicio tied it 2-2 with 1:56 remaining in the third period on a point shot through traffic with Pasche pulled for an extra attacker.

Robin put Switzerland ahead 1-0 at 8:20 of the first period, scoring on the rebound of a shot by Brian Zanetti (Philadelphia Flyers).

Czechia 9, Austria 0 — Jiri Kulich (Buffalo Sabres) had a hat trick for Czechia in a Group A game at Scotiabank Centre.

“We won and got three points, which is great, but we have to stay grounded and be ready for our next game,” Svozil said. “We played the same way the whole game, which is important. We knew Austria isn’t Canada, but they’re still a good team and we had to be ready, and we were.”

“We always say in the locker room you’ve got to focus on the positive things, but obviously if you lose games 11-0, 9-0 it’s hard to just focus on the good stuff,” Austria forward Vinzenz Rohrer (Montreal Canadiens) said. “For sure our third period is something we can hang on. … The emotions went up, the guys were blocking shots. So I think that’s one of the things that we got to keep up.”

Jakub Brabenec (Vegas Golden Knights) made it 1-0 at 3:50 of the first period with a power-play goal.

Kulich extended the lead to 2-0 at 16:26 when he scored from the right face-off circle after receiving a seam pass from the left point by Svozil.

Kulich completed the hat trick on a breakaway eight seconds into the third period to make it 8-0, and Spacek scored at 14:13 for the 9-0 final.

Jeff Saturday is on track to be the worst NFL coach of all time, and his critics were right

NFL CMO Dr. Allen Sills: Tua Tagovailoa showed ‘nothing that would have triggered’ concussion protocol during game vs. Packers